Though the earliest examples of movies were in France around 1890, perhaps no industry is so quintessentially American as Hollywood. From the two-fisted heroics of Humphrey Bogart and John Wayne to the simmering sexuality of Marilyn Monroe, the image of the movie industry was always that of a playground of those born and raised in the good ol’ US of A. Except that’s not entirely true. An ethnic undercurrent of star power did and continues to do its part to power the glamour machine over the years. This includes a handful of standout Russian actors.

Hold onto your seats as we make our way through today’s list: five Russian actors who lived (or are living) the American Dream. You might get a surprise or two at some of the well-known performers who hail (at least tangentially) from the Motherland.

5 Russian Actors to Check Out 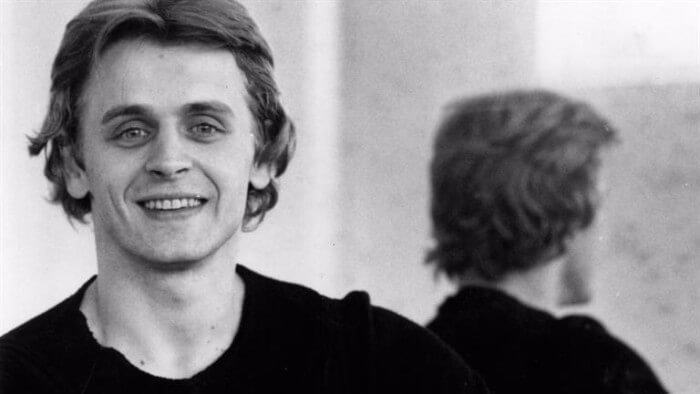 Hailing from Latvia in the former Soviet Union, Mikhail Baryshnikov grew up a dance prodigy who went on to find fame and fortune in both ballet and on the big screen in Hollywood. By the time he was in his early teens, famous Russian dance choreographers saw him as a once-in-a-generation talent. But the man had grander dreams than those available, even to a famous person in his home country. At the height of the Cold War, a period marked by rising tension between the world’s two superpowers, and while he was on tour with the Mariinsky Ballet in Canada, Baryshnikov chose to defect, requesting political asylum in Toronto, and announcing he would not return to Russia.

The following years would see him reach the pinnacle of global recognition while dancing first with the American Ballet Theatre and then the New York City Ballet. Injuries and other health issues would force his eventual retirement. He would become a naturalized American citizen in 1986. It wasn’t long after arriving in New York in 1977 that Baryshnikov answered Hollywood’s call. He received an Oscar nomination playing a ballet dancer in Turning Point. He was also cast opposite Gregory Hines in the 1985 film White Nights, and co-starred with Gene Hackman in Company Business. On television, Sex and the City fans will recall him wooing Carrie Bradshaw during that show’s final season. 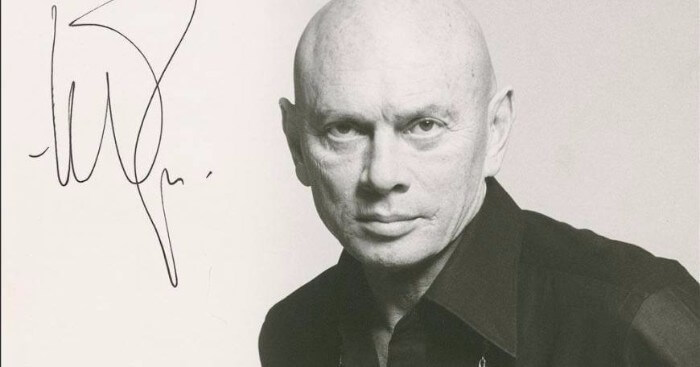 Born Yuliy Borisovich Briner in Vladivostok, the second of our famous Russian actors changed his name to Yul Brynner. After that, he had a two-decade run in the years from 1956-1976 as one of the most popular Hollywood actors of his time. Before finding fame in America, Yul Brynner spent his nights playing guitar in Paris nightclubs. In daytime, he was a trapeze artist at the circus. After a back injury made him stop the latter, he went across the Atlantic Ocean with his mother to reunite with a sister in New York. A series of radio announcer and television directing gigs paid the bills at first. Still, soon enough, fate took a hand in the proceedings.

He became a good actor on both stage and screen. However, Brynner cut his teeth on the role of the King of Siam for 4,625 performances of the Rodgers and Hammerstein musical, The King and I. He reprised the role and even won an Academy Award for the 1956 movie of the same name. Among the 40+ movies he was in over the years were those which had commercial and critical success. These include: The Ten Commandments, The Magnificent Seven, Kings of the Sun, Anna and the King, Westworld, and Futureworld. Throughout the mid to late 1950’s he was ranked in the top ten box office draws in the world, this despite being considered too short to be a traditional leading man. Never underestimate the talent and commitment of a talented Russian actor! 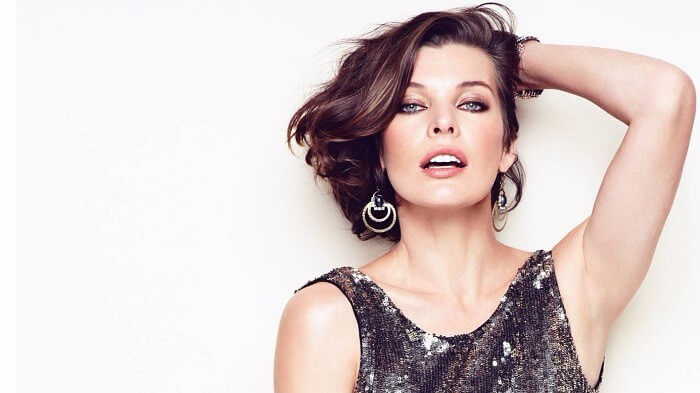 As far as famous Russian actors go, Mila Jovovich, born in the city of Kiev, in the former Soviet Union, is on top of her game as a big time box office draw in American movies. More than just a pretty face, Jovovich made her living as a model and musician before becoming the queen of butt-kicking in a series of science fiction movies that begin with her coming out party playing opposite Bruce Willis in The Fifth Element and continued through six iterations of the Resident Evil franchise. Jovovich was five-years-old when her family left the Soviet Union in 1980 for political reasons. During those Cold War days, lots of Russians did the same thing. After a short stop in London, they eventually landed in Sacramento, California. Mila became a naturalized U.S. citizen at the age of 19.

Before turning to movies, Jovovich saw stunning success as a model, eventually gracing more than 100 magazine covers, including leviathans like Cosmopolitan and Vogue. She was never excited about the jobs, claiming that she only did it so long because the money was good. Along the way to landing her breakout role in The Fifth Element, Jovovich won spots in television shows like Married…With Children and Parker Lewis Can’t Lose, then movies of varying quality like Kuffs, Return to the Blue Lagoon, and Dazed and Confused. Still only in her early 40’s, Mila Jovovich is going strong in both feature films and original music. 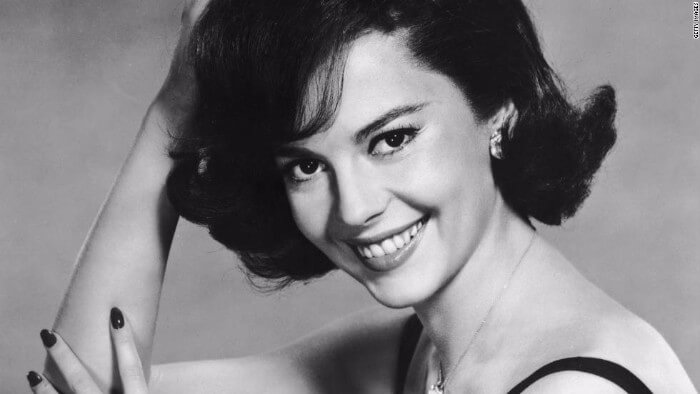 Natalie Wood was born in San Francisco to Russian immigrant parents. Here given name was Natalia Zakherenko, which she would later modify to something more easy to spell by American moviegoers. Though she died by drowning at age 43 under suspicious circumstances, the body of work she had already compiled made her one of the most accomplished Russian actors ever. Thanks to a mother who was certain er little girl should be a star, Natalie and family made preparations and left to Los Angeles on the word of director, Irving Pachel, that the youngster was something special. Fame hit hard and fast when she had her first starring role in Miracle on 34th Street.

Unlike so many full-fledged child stars, Natalie was able to make a seamless transition to teenage and eventually adult Hollywood star. At age 16 she had a role alongside Sal Mineo and the legendary James Dean in the now classic movie, Rebel Without a Cause. Other noteworthy roles include: Splendor in the Grass, The Searchers, All the Fine Young Cannibals, Bob & Carol & Ted & Alice, and many more. She got three Academy Award nominations before the age of 25. Natalie Wood’s life was cut short when a boating excursion with her husband, actor Christopher Walken, came to an end up with her body floating in a lifeboat a mile from the vessel, full of bruises. Her death was officially attributed to ‘drowning and other undetermined circumstances.’ 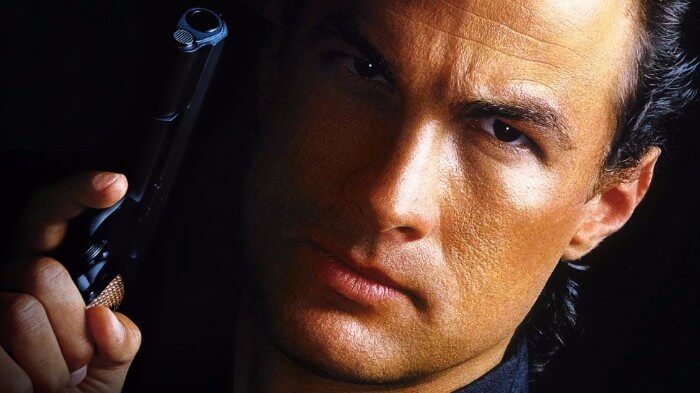 Wait a second. Macho action movie star and martial arts master, Steven Seagal, isn’t Russian, is he? The answer – sort of. Though born in Lansing, Michigan, in 1952, Seagal got both Serbian and Russian citizenship in 2016, having been to Serbia many times, and was given an offer to teach Aikido to the Serbian special forces. So we’re going to call him Russian if for no other reason than the guy is so darn interesting. While most people are aware of his successful action films like Above the Law, Marked for Death, Hard to Kill, Out for Justice, Under Siege, Half Past Dead, and nearly 30 direct-to-video efforts, he had earlier acclaim in Japan as the first foreigner to operate an Aikido dojo in that country.

In addition to his martial artistry and Hollywood claim to fame, Seagal is also a guitarist with two full-length releases under his belt and has been hired more than once to contribute to film scores. When it comes to relationships, however, it seems the man is still finding his way. To date, he can claim four marriages resulting in a total of seven children. Seagal is presently married to a Mongolian woman, so we might be expecting forthcoming citizenship from that country as well. Jokes about limited acting range and a heightened sense of self-importance aside, Steven Seagal is one of the biggest (literally at 6’4” and figuratively) Russian actors living the American Dream.

Though Hollywood has historically been populated by American-born men and women, we shouldn’t let the fact escape us that other ethnicities have made substantial contributions along the way. Classic films like The King and I, Rebel Without a Cause, and, yes, even Above the Law wouldn’t have been the same without the influence of Russian actors. Here’s offering these five performers a hearty thanks for jobs well done.