Acting Schools: Why You May Avoid The Groundlings Or Say No to a 4-Year University

Home » Blog » Start Acting » Acting Schools: Why You May Avoid The Groundlings Or Say No to a 4-Year University

The “best” acting school for you will be based upon what you need at the time. Although there are several top acting schools and teachers who are very well-known and will add to your professional resume, you will get the most out of any class that you are fully invested in and that you feel will help you the most at that particular time in your life.

When searching for an acting school when you are first starting out, it can be beneficial to have a few NAME acting schools on your resume. In Los Angeles, some of the main acting schools include (but are not limited to) the following: 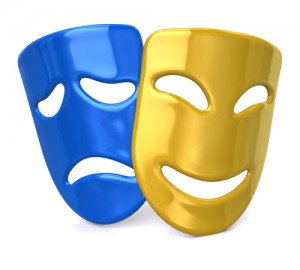 What many actors do is take the beginners class in every top school in the city just so they can have them all on their resume.  You are getting breadth without any depth.

Now, I’m not saying you have to stay at one particular school for years, but once you settle on a school you feel like you are learning and growing from, make some sort of commitment to training there for a certain period of time. This not only shows you are committed to your career, but that you see the value in growing your craft and community, which can be very valuable when looking for representation.

I hear from a number of agents that in improvisation especially, they do not want to see that you’ve only done Improvisation 101. Especially because improv is such a technique that requires a lot of practice, and not that almost every actor out there has 101 on their resume, going through the entire levels to advanced at one of the top acting schools (if you are someone who is heavily into comedy) will definitely help make you stand out, and provides you with a community of actors who are not only committed to their career, but who are invested in a particular branch of acting that you are also interested in.

Knowing what you are looking for is so essential. Our team has spoken with a number of dramatic actors who feel like they HAVE to study at the comedy schools JUST to put it on their resume, and vice versa. If you are doing anything JUST to put it on your resume, chances are you will not be put in the effort required to really help you progress and get the most out of your class.

Things to Keep in Mind When Researching Acting Schools:

Remember, after all of your research you’ve gathered from the web, referrals, reps and teachers, you have to feel out what is best for you. Because acting is so personal, only you will know what you really need. Being focused and having a clear goal in mind will help in cutting out any unwanted financial stress as well. So, everyone says you have a quirky voice and should “get into voice overs,” well…do you like voice overs? Is this something you want to devote your time and money into? No? Okay, then why do it?

There are a lot of different styles and auditing classes can be very helpful in this process.  Another consideration to keep in mind at times can just be the chemistry with your teacher and the community. I think some of the best classes you can be in is where you feel a great sense of community versus competition. AMAW for instance, is known for their strong sense of community where it’s known to be much more support. Acting schools like The Groundlings tends to be a little more political. It’s not that they can’t be supportive, but the structure of it and moving people up into different levels, it gets a little more competitive. You have to keep in mind, that schools like this breed their actors for the cut-throat worlds of SNL, so if this isn’t something you are very interested in, there might be other schools out there with teachers and students who are a bit less competitive and intense for what you are looking for.

In this environment, you feel like you are competing with your classmates to move on to the next level, because that is the system they have created. If you are on the professional track, the core track – basic, intermediate, advanced – if you fail to pass twice, you get kicked out of the school. Yes, KICKED out.

When rules are that rigid, of course there is going to be the dog-eat-dog mentality. Now, if you thrive in a competitive atmosphere than that’s the place for you.  At The Groundlings, it is so difficult to go through the levels that most people fail at least one level. You also hear students saying, “I am waiting to take 401…because if I do and I’m not ready, than I’m out of the school and don’t get to return.” Well… talk about pressure! At least if you don’t get into your preferred college, you can re-apply!

Now that you’ve chosen your acting school of choice, you also have to keep in mind that you do NOT want to get stuck there. While I said it’s good to build up a community and not hop from school to school, you also don’t want to become a “Professional Student.” You know who these people are.  I know an actress who has been at a certain school for 10+ years and has never made any money off of her acting career. This honestly makes me sad, because there are so many talented actors out there in the world who are just being ill-advised on how to move forward to make a living off of their acting.

I have stayed at acting schools for years and have felt stuck, but didn’t want to abandon my teachers or community. So… how do you know if you are ready to move on?

Is there another aspect or style that you want to explore that your current studio isn’t offering?  Than by all means, do that.

I was in a scene study class there was a conflicting class I was really interested in about how to write and put on a one-woman show, so I made the switch right then and there. Other times it has taken me much longer to make this decision.

You want to consider moving on if…

What type of structure to you thrive in the most? If you are in your 3 hour long scene study class two nights a week and feel like you aren’t accelerating in your own acting, it may just be because you don’t thrive as much from watching other students work. I’ve been in classes where I’ve actually learned a ton from watching others… but you have to consider: Are you being challenged and still learning and growing?

Some people choose to focus your time and money with private coaching when you have auditions. With every big decision, you have to consider how much time and money you are willing to put in, and what value or expectation you are hoping to get out of it. Always remember, if you start at one school and truly feel like you aren’t thriving there and would do much better at another, you can leave at any time. This is your career and your investment overall, don’t do anything out of pressure or obligation. At the end of the day, you have to make smart choices and do what’s best for you!