It Takes a Village to Raise a Child…Actor

There is a lot of stigma when it comes to kid actors… from the stage moms to the temper tantrums during auditions for kids, but there are definitely ways to help your child get into the business the RIGHT way without pulling your teeth out or feeling like you are spinning your wheels.

First thing’s first… you need to figure out who actually wants this… them or you. It’s a tough business filled with a lot of judgment and rejection, and in order to be successful, you and your child really need to be able to see this as a long-term career.  It is definitely a family decision at this point, and you have to decide if it is worth investing the time and money as a family, because let’s be honest – it’s the family who will be driving the kid around, preparing the headshots, running back and forth between tutors and publicists… and you all have to be “all in.” 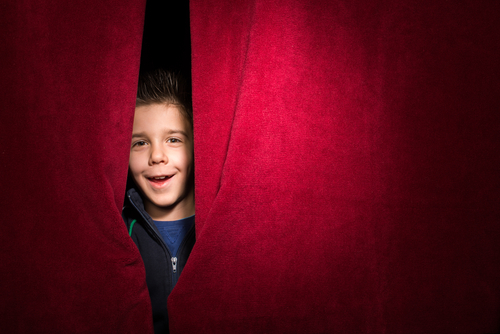 Now, if it’s just a matter of strangers thinking your baby is cute enough for Baby Gap commercials, then by all means, take some headshots, get a child commercial agent, and have fun going on these auditions.

But, if this is something your little nugget wants to fully pursue, being “all in” will require you to teach them how to behave more like a “grown up” in these new work environments.

Before Heading to Auditions for Kids…

Before you move out to one of the major cities to pursue this professionally, search your local trades, newspapers or online outlets for your local theater productions. Get your child in a fun acting class. See what they are like on stage, around a bunch of other kid performers. See if they take direction well, and if they actually like the environment, have a knack for performing and want to dive deeper into this. My advice is to never push them into something like a career in the entertainment industry unless they a) Really like it and b) Can learn how to behave and take directions and c) Work well with others.  If you find your child is really enjoying the whole acting experience, is prepared and ready to rise to a competitive level, you can start going out on casting calls for kids in your area. This can range from local commercials to print work, to indie films, to day player or supporting roles for big studios. There are a ton of movie auditions for kids in these areas as well because nowadays production companies don’t want to pay an arm and a leg to hire actors outside of the “local hire” status if they don’t have to. Local agents will be key and much easier to obtain and build credits with in smaller cities than having no experience or credits and packing up to a big, loud expensive city like LA or NYC.

Being on set for long hours at a time is difficult for any one at any age. It’s an industry of “hurry up!!! And… wait.”  However, given that they are child actors, there is a lot more leeway when it comes to the amount of opportunities for the kids that are much harder to obtain for actors entering adulthood.

What It Takes to Be a Child Actor 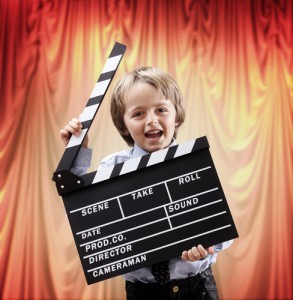 Because of the massive amount of opportunities, agents and managers are much more likely to sign child actors without a ton of experience, versus adults who “should have” been working by then. The main elements a child actor needs to have locked down is charisma, confidence, and most importantly, the ability to be well-behaved and follow direction.  How the parents are also effects the decision reps make when deciding whether or not they want to take on the child. If the parent is a pain in the butt, and acting more like a diva than any actor.  Then chances are, the reps and casting aren’t going to want to deal with that family. Sometimes kids will lose jobs because their parents are a little too overbearing. Ouch! Don’t be this parent!

For any actor, learning how to treat his or her career as a business is essential in maintaining a long-lasting career.  I worked with a really dynamic father-son team that had a really powerful business plan down… and the family did not come from the entertainment industry.  Charlie McDermott Jr. and his father, Charlie McDermott., entered the industry when Charlie Jr. was a young child actor and was cast on ABC’s The Middle, playing Axl Heck.  His father came from the business world and he didn’t know anything about the entertainment industry but he figured it would be the same so he did a lot of things for his son that he would do in the business world

Both Charlies, the father and the son, would make friends with people on set, ask for their email addresses and ask to put them on newsletters (not something you hear every day, huh?) Well, Charlie Senior knew that in order to grow a thriving business, you had to stay connected to people, and from the business world, making connections, networking and applying marketing principles helped to grow a business… so why wouldn’t it in entertainment?

This was 10 years ago when Charlie Senior started his son’s newsletters, and a lot of times casting and other big players in the industry would tell Charlie Senior that the newsletters would remind people of his son. He would get emails and calls saying, “I was just casting this project and I think Charlie would be really right for this role.” Charlie Senior understood the importance of staying “top of mind” and knew that just because he had a cute kid on a hit TV show, didn’t mean the kid would then be offered parts for the rest of his life.

In fact, the career of a child actor tends to die off fairly quickly. Why? Because a lot of times the actors aren’t being guided properly in how to transition into adulthood, and their lives have been so run by the chaos and adults surrounding them, that by the time they hit puberty, they go bananas. If they don’t go bananas, they end up just falling off the radar. Think of all the child actors throughout the last 15 years. Sure, there are some that stand out, but many you think… where did that kid go?

With a strong business sense, Charlie’s father was also finding other ways to market his son and his work, and that’s one of the reasons Charlie, as a child actor was getting so many roles. He actually paid for ads for his son in some of the trade magazines in the industry, because he understood the value of marketing.

So, there are a lot of things you can do to help your child maintain relationships on the production side to help your child get more roles, besides taking them to auditions and encouraging acting classes and headshots. (Those are important too, but we like to say craft is King and business know-how is Queen… and we all know who runs the household 😉

Regulations for Actors Below 18

Going into the business as a child actor, or even teen, under the age of 18 also comes with certain restrictions in booking certain roles. There will be roles in acting auditions for teens that require teens to be “legal 18,” and requiring certain regulations with the money that is made by the child actor.

The Coogan law requires a child’s employer to put 15% of the child’s earnings in a trust, usually called a “Coogan Account,” and lays out rules involving schooling, time-off and work hours. This bill came in 1939 after Jackie Coogan, a child actor, earned millions of dollars as a child performer, but was left with an empty bank account after his parents took it all, leaving him empty handed.

You May Want to Look for These Auditions for Kids

However, there are still several upsides to being a young actor…especially if you are targeting the Disney and Nickelodeon world. These networks, unlike most networks, are more likely to hire true to age, which means they will want someone who is actually the age of the age they are playing on TV, in order to be more authentic, so that can be a plus for you if you are younger than 18.

Whether you are a parent or a child looking to build a career in the entertainment industry, it is always important to research as much as possible before diving in.