The Casting Call: Should You or Shouldn’t You Attend?

Home » Blog » Uncategorized » The Casting Call: Should You or Shouldn’t You Attend?

An open casting call generally refers to a casting for a project where the general public is able to attend and audition. This can range from an indie feature, to a non-union student project, to a reality show casting. These generally turn into massive cattle calls; ones with long lines where everyone and their mother attend in hopes of becoming the next discovered talent. Reality talent shows like American Idol are known for their massive cattle calls.

I was living in St. Louis at the time when a production was looking for feature extras in local casting calls for the feature film, Meet Bill. In this case, they made the casting call open to the public because we weren’t in a huge city where there was a main centralized casting office who could just provide hundreds and hundreds of extras at the tip of a hat; much like the massive amounts of people who are available for background work in cities like Los Angeles and New York. 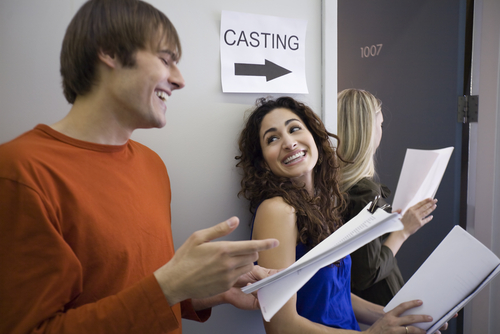 Open casting calls are generally meant to find someone unique and specific outside of the box that they couldn’t find in their initial rounds of casting from agents and managers. It was stated that they auditioned nearly 1,200 hundred actresses for Lupita Nyong’o’s role in 12 Years a Slave to find the perfect match to play the depth of the emotionally distraught Patsey in the Oscar-winning film.

Now, while huge studio films will post movie casting calls for specific roles, local hires, or special skills, you still have to be careful, as not all projects are alike.

Be Wary of the Casting Call You Respond To

Generally open casting calls can be found on casting sites, blogs, in the trades or craigslist… so you have to be careful with who you are dealing with.  For instance, if you Googled, “Open Casting Calls Los Angeles,” on any given day hundreds of thousands of search results would turn up. Some of our actors have attended ones off Craigslist that ended up being featured extras for huge studio films… others have been a lot more suspect.  For instance, one actress attended a casting call for a student project that was held in the upstairs bedroom of the director’s Orange County home.

“Okay, we get it, don’t be stupid and use your common sense.”

This is easier said than done for actors in our business, where lies and deceit can happen at any given time on any given day. It’s amazing the traps that actors can easily fall into because of their “love for the project,” or the script or the director, etc…. and this will be something us actors have to keep in mind as we move forward in this industry. There are a lot of respected professionals out there who treat this business as such, but there are equally a great amount of shady people who will try any sort of verbal or physical manipulation to target actors directly because they tend to be more willing and vulnerable.  You are especially more susceptible if you tend to be more people-pleasing as you may ignore your instincts because you want to book the role.  Being aware of this will be essential as you move from project to project.

Tip: It is always a good idea to have a power partner in these scenarios to help keep you accountable. Letting a friend know about the audition that you can trust will be one of the most valuable assets to you in this industry – whether it’s an audition or a networking event or “after work drinks,” it’s always good to get that third eye on a situation before diving into one with clouded judgment. But remember, you don’t always need “spidey sense” to pick up on sketchy situations… if you feel like there could be something wrong, or “not normal,” it probably means it is. Don’t ignore your instincts just to book a role… there will be others. And if you are feeling uncomfortable going to the audition, just imagine how uncomfortable you would feel working on that project.

There are also a ton of very legitimate commercial casting calls. There are some projects where they want “real couples” or “real families.” They will reach out to the general public because sometimes it takes a lot of time to find what they are looking for. In these cases, if you receive an audition for “best friends” or for “your REAL family,” you can bring a non-actor to audition, so they can assess your chemistry and whether the types of what you guys are looking for match what the advertisers are looking for. We’ve chatted with some actors who have “made up” their family and have teamed up with other actors who look like their family members. While this may be clever for scheduling purposes in terms of being able to come to the audition and being available for callbacks or bookings, you have to be careful if you try to do this.

There may be times where they will ask you to “prove” that they are your real family, or that you are a customer of that particular product. In fact, in terms of advertising and products looking for “real users” I would NEVER lie. If you are caught in a lie you could do a lot of damage for not only yourself, your reps, the casting directors, but also for the advertising company and the entire campaign as a whole. I know for cell phone commercials who are looking for real customers, many times the actors will have to prove they use that cell phone provider by submitting one of their bills.

You may also be asked to “change services” for these commercials. Also keep in mind, if you are saying you WILL do something for the commercial, you must actually be willing to do it. This is why they have these casting calls, because it can be difficult to fill these spots. And let me tell you, there is nothing worse than someone saying they will commit to something and not following through, especially in the eyes of casting.

Searching for a Casting Call? 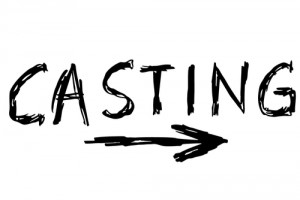 There are a number of legitimate websites that will post auditions that you can submit to without representations, but aren’t necessarily considered open casting calls because there is a submission process and those who audition will be ones chosen by CD’s.  You can self-submit to projects by paying a yearly fee or small monthly fee and start auditioning for big union commercial auditions, indie features, student films and even featured roles in studio films, from sites like Casting Frontier, LA Casting, Hollywood TV and Film, Casting Networks and Actors Access.

Something to keep in mind when you are about to search for casting calls 2016 … if it looks too good to be true… it’s because it probably is.

There are blogs out there that are constantly putting out articles with addresses to casting offices who are supposedly casting for MAJOR roles and NEED to receive mail in order to cast for them. You can send in your blind submissions, but 99.9% of the time these roles are distributed to casting who then puts out the information to reps on a system called, “Breakdown Express” who then submit their talent that they’ve already filtered.

And that is the reason you want to also work on finding reps who will submit you on roles, in addition to working on your own marketing, networking, etc. By having reps, you have someone who is “vouching” for you – not only for your talent, but to prove to casting and to production companies that you aren’t “a crazy,” that you are someone whom they can invest in and won’t cause a scene on set. It is having another person who says, “Hey this person has been vetted” that can make or break an opportunity for you.  Also, they can help you figure out which auditions are worth going on and which ones may seem sketchier and not worthwhile.

While most of the big legitimate projects will be released only to representation and auditions will be sorted based on the talent submitted, there are still a number of ways you can increase your audition opportunities, besides going to open casting calls. Because at the end of the day, you want to maximize your potential and opportunities in the best ways possible, using your time as efficient as possible as well… and while going to open casting calls has the potential to lead to significant opportunities, there are still a number of strategies and focuses that you can center your attention on that can lead to even better results (we have several articles on the site that will help you in this direction). Remember, being successful in this industry takes time, patience, research, understanding and application. And like we always say, the key to guaranteed success is just knowing your ABC’s….