Casting Director: To Workshop Or To Not Workshop?

Home » Blog » Auditions » Casting Director: To Workshop Or To Not Workshop?

If you’ve been an actor in LA for more than 5 minutes you’ve probably already started receiving emails for casting director workshops. There is a lot of heated controversy as to whether or not you should invest your money in them.  We are not going to tell you what to do, as we have coaches on our team with varying opinions; ones who are really big fans of them and others who are not. If you are morally or ethically against them, than that’s fine, don’t do them. However, we do want to help highlight some key components to keep in mind if you do decide to take a casting director workshop. 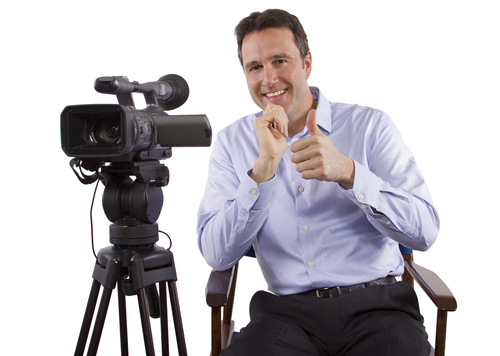 So let’s set the record straight. The stigma around casting director workshops is that actors are paying money to see casting directors outside of business hours to perform scenes and get feedback, under the pretense that they are being used for educational purposes.  Where the complaints happen is that although under these pretenses, a number of actors are under the impression that if they are able to meet these CD’s in workshops then they have a better chance of being called in for auditions. This makes absolute sense. The more you stay top of mind in a casting director’s head, the more likely they are to think of you for a part that is perfect for you. However, we believe that if you are going to workshop, there is a right way to do it and a wrong way (aka a way that will waste your time and money).

So here’s the honest truth with some helpful reminders to keep in mind.

This may sound extreme, but picture yourself meeting someone for the first time at a party. You find them interesting and chat for five minutes and then move on. You might remember them, you might not. You might stalk, err…I mean check them out, on their Facebook and follow up, you might not. So, apply this to workshops.

Meeting someone once most likely isn’t going to put a ring on it, just as meeting a casting director in one workshop one time will most likely not lead to you getting a starring role in a Ben Affleck film. Even if that casting director gives you all 5’s and says you are amazing, they are seeing so many actors on any given day that it is impossible to remember everyone. Therefore you have to find ways of staying top of mind.

We meet and work with so many actors who say, “I am so perfect for this role, why didn’t I get this audition?! It must be my reps!” When the truth of the matter is that there are probably hundreds to thousands of actors out there that saw that same breakdown and felt that they were equally as perfect. So don’t blame your reps for not being able to fight against the current.

Once you understand that it sometimes takes a several points of contact for any sort of memory of something to stick, you will stop seeing casting director workshops as a quick fix and start seeing them as a great introduction or follow up that is just one piece of your marketing pie.

2. Pretend you are going to college.

Remember that one time you were an 18 year old budding high school graduate ready to make your mark on the world and go to the college of your dreams?

Did you put every college in the entire world on your list?

Of course you didn’t! You probably had an idea of the types of colleges you wanted to apply to, but then given how tedious college applications are and the $40-$75 bucks a pop for applying, you probably had a list of 5-15 colleges you applied to.  Your list probably came from ones that had programs you admired, or qualities in degrees, outside activities, Greek life, scholarships, location, etc.  Also, you probably factored in your likelihood of getting into different schools.

By narrowing your field, you not only are able to put more attention and focus into individualize each of your target colleges, but you are also taking the time to do the research to really see which school you also best SERVE being at.

Now you are pursuing your acting career. Apply the same principle. 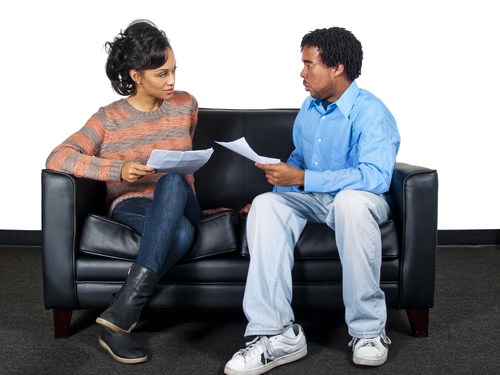 Don’t just spaghetti fling and do every workshop that sounds enticing that comes in your email… and trust me, the FOMO (fear of missing out) will kick in immediately when you see those “LAST CHANCE” and “MAJOR DISCOUNT TODAY” and “RARE GUEST” marketing terms that you see in your emails. But, the more you hone in on your target list, and have a clear picture of which TV shows and films you are truly right for, the more focused and effective your efforts will be. And your wallet will thank you 😉

I would start with a target list of 3-7 offices who cast for shows and films that you could fit right now. And by fit I mean, on the level where you are at in your career.

Which leads me to my next point…

Think of what everyone is doing, then do the opposite.

Think about that “weird” kid in school. The one who wore his Pokemon shirts every day and ate the same vegan sandwich with kale on the side for lunch before being a vegan was even cool, and took Latin classes because he actually liked studying Latin.

So why would you want to be him?  How does this help you?

There’s one key factor that “weird” kid has that the other Abercrombie wearing, soda drinking kids don’t…

… He KNOWS himself. He’s not trying to be anyone else. By knowing himself he knows what he likes and doesn’t like and doesn’t try to change himself to fit into the crowds. He knows which hobbies he likes, where to focus in on his time and who to invest in. Seems to me that weird kid isn’t weird at all, but actually ahead of the curve.

So how do you be the “weird” kid as an actor and what is the pay off?

Say you are someone in comedy. You’ve studied and gone through all of the improvisation classes the town has to offer. You have quirky headshots, you are ready to go. So naturally, you target the #1 comedy shows on TV right now, on network television with outstanding ratings.  You google top 10 TV shows right now and find shows like Modern Family, The Big Bang Theory, How I Met Your Mother, etc.

So when making your target list, think outside the box. Think of shows that need a ton of co-stars and guest stars each episode. Think of cable shows. Be open to Disney and Nickelodeon.

But whether you are targeting the hit TV shows or not, staying top of mind is going to be key. How do you do this?

Okay, it is and is isn’t. When making your target CD list, keep in mind that only targeting shows that are currently casting may not always be the wisest. On one side of the coin, it’s great to see people who are in need of several actors every other day for their shows. Fantastic, get on in there. But remember, if everyone else is doing it, than how can you be different? Seeing CD’s in their off season times isn’t always a bad thing. A lot of times these workshops tend to be less crowded, the casting director or associate is less busy and can therefore take more time with you, or in preparation before and after the workshop. You can hone in on building a relationship when others aren’t.

Think about The Bachelor. (Yes I went there.) For some, it would seem cool to compete against 30 other beautiful people for the same guy in the same competition for a set given number of weeks.  But, what if you had met an equally awesome guy who wasn’t in a competition with people fighting for his attention? Most people would say, of course I would be happy with that!

The less “competition” there is at any given time, the better. The more you stand out and the more memorable you are, so be open to creating a unique plan and targeting people on their hiatus’.

5. Stop being the customer and start being the server.

“No Jona, I want to quit my restaurant job!” Okay, not quite my point.

Most actors go into this industry thinking, “What can you do for me?” But instead, I want you to come from the server mentality of, “What can I do for you?” After all, this industry is all about collaboration and working together to create the best work.

Stop being a go-getter and start being a go-giver. Think of ways to serve and help those you want to work with.

And what’s one of the number one reasons why people break up? Because they feel like their cares and needs weren’t being met.

We have no problem thinking of what we need at any given moment of the day, but start caring about building genuine relationships with the CD’s, associates, producers, directors, writers and decision makers you meet.

Remember to be a 3-dimensional HUMAN BEING, that isn’t solely defined by you being an actor. Find ways to connect on a human level. Remember, you don’t have to just connect about the industry, you can connect over a number of other things in the world. Maybe you saw on their Twitter that they love horseback riding and you know of a great place in the Hollywood Hills that offers a buy one get one. Maybe you’ve connected over something personal and you share with them who they’ve affected you and how truly grateful you are to have met them.

People want to work with people they know, like and trust, so stop looking at them as your gatekeeper and a means to an end, and start seeing people as your fellow coworkers that you hope to work with for a long time.

So if you do decide to take workshops I hope these methods help you to get the most out of your experience.

Remember, the more you start seeing this business as a long-term career and not a one-stop yogurt stop, the more genuine relationships you will build and the more you will have a lasting career and be someone who people want to work with.