9 Duet Scenes You Can Practice with a Friend

Love stories provide some of the best duet scenes for friends to use as practice. The strongest duets are romantic in nature. Scenes from some of these stories capture the imagination. Comedic pieces are also excellent sources of duet scenes. Drama provides opportunities to practice acting as well. 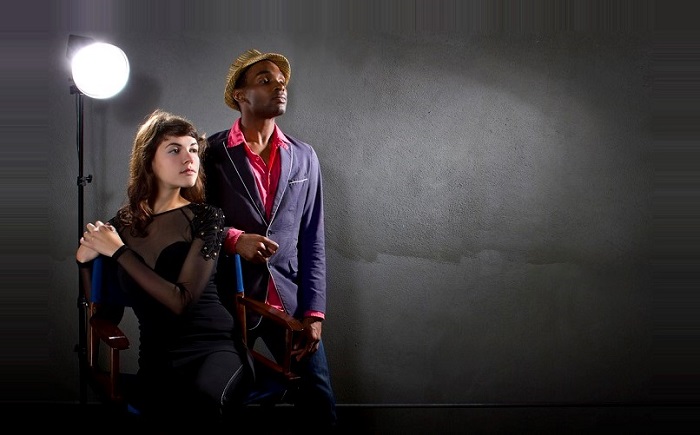 9 Duet Scenes to Check Out

Scene from The Talented Mr. Ripley

Tom and Marge are the characters in this scene. Tom is masquerading as a socialite to disguise the murderer he is. Marge realizes he is not what he appears to be. She confronts him about rings belonging to her boyfriend that she found in Tom’s possession.

The scene is a conversation between the two characters. Marge knocks on Tom’s door while he is taking a bath. He opens the door wrapped in a towel. After several attempts to get dressed, his towel falls. Tom escapes to the bathroom and finds a blade.

As the returns to the room, the two characters have a conversation about how she found the rings and a fantasy story concocted by Tom about his love for Marge and her boyfriend’s unfaithfulness.

This duet is a comedic piece for a male and female duet. A young woman gets cold feet the day of her wedding. Hours before the ceremony, she locks herself in the bathroom. Her parents attempt to convince her everything will be fine.

The father is thinking about the expense and guests involved in a ruined wedding. His goal is to get the daughter out of the bathroom so that the wedding takes place. The dialogue may seem angry, but the actor needs to portray a character like Jackie Gleason in the Honeymooners to find the comedy intended for the scene. The audience does not see the daughter. She is behind the bathroom door and has no lines. The actors plead with the daughter as they interact with the door. 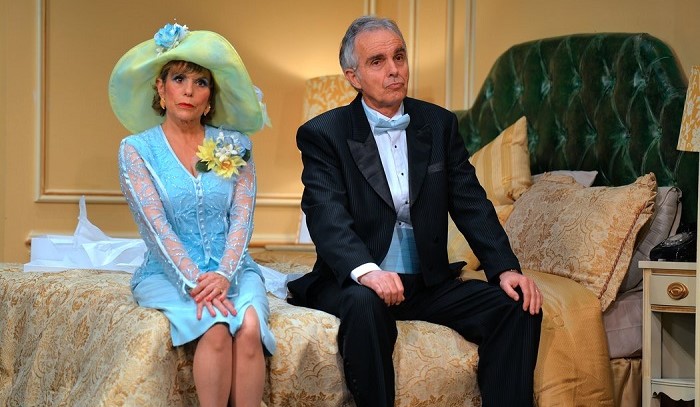 The characters in this duet are a high school teacher, referred to as ‘Teach’ and a friend called ‘Crack.’ Crack is urging the teacher to confess to the murder of one of his students. The teacher apparently had a gay fondness for one of his male students who he described as more a girl than a boy.

His attraction caused disgust in the boy and himself. The scene indicates that after killing the boy, the teacher tried to kill himself in atonement. Crack helps him admit to killing the child in an attempt to relieve some of the burden the denial was causing the teacher.

No Love Scene from Jerry McQuire

Jerry MacQuire is a money driven sports agent, and Dorothy is his secretary/girlfriend. In this scene, Dorothy is telling Jerry the relationship is not working. She blames herself for thinking she had enough love for both of them. Jerry does not want to give up on the relationship but acknowledges he is great at friendship but bad at intimacy.

The relationship Jerry has with Dorothy’s son complicates the relationship. They discuss the two males remaining friends, but Dorothy feels to carry on the politeness that exists between them could cause them to lose ten years of a better life. Dorothy doesn’t want to live like that.

The scene for this duet is a slow-moving line at the wake of a classmate of the two characters. One of the characters, Carol, has never been to a wake before. The other, Barbara, went through the experience when her grandfather died.

The girls went to the wake due to doubt that anyone would attend because the classmate was so quiet in class. They imagined she knew very few people. They are surprised by the fifty people ahead of them in line. Barbara explains what to expect when they get to the casket. She describes the viewing as looking at a sleeping doll, a wax museum figure, or a mechanical person in a theme park.

The girls express remorse for not getting to know the classmate that shared classes, did the same homework, and lived through similar experiences. They also rationalized that they had no way of knowing she would die and they had not been rude to her.

Two sisters are riding in a car. Tina begins apologizing and thanking her sister, Maureen, who is driving and making no comments in response. After a long silence, Tin begins the conversation by saying Maureen’s boss knew she was not involved.

That comment sparked Maureen to jump into the conversation and tell her sister how embarrassed she was that Tina was caught shoplifting in the store where she worked. When Tina yelled back an apology with attitude, Maureen went on to chastise her sister.

Maureen pointed out all the other ways Tina could have obtained the clothes legally, the fact they were not poor, how hard she was working to save for college, and the fear she had about now being under scrutiny at her job. When Tina admits she did a stupid thing, Maureen softens a bit because her real fear was the incident had no effect on her sister.

Scene from Good Will Hunting entitled Will Can’t Answer

The scene involves Will, who is a brilliant man who has no ambition, and Sean, a psychologist who is attempting to figure out Will. The discussion they have is about honor. Sean asks Will if he thinks he is alone or does he have a soul-mate?

When Will is not sure what the psychologist is asking, Sean gives him a definition of a soul-mate. Will’s response is a list of great authors who have all died. Sean explains that Will cannot give back to them. Will responds by making a sarcastic remark about waking the dead. Sean accuses Will of being afraid of taking the first step in a relationship because he sees negative things that might happen along the way.

Will becomes defensive, and Sean pushes further, telling him his attitude is a cop-out. As Will gets up to leave, Sean tells him to come back when he has an answer. The two exchange a heated conversation that ends with Sean telling Will he cannot answer the question because he doesn’t know. 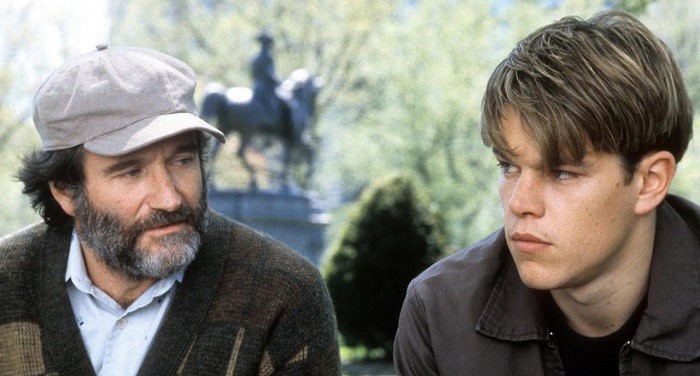 A freshman, new to the school, opens her locker to find it packed with someone else’s things. As she questions herself about who the stuff belongs to, she is approached by a senior who calls her ‘Poopsie’ and asks if there is a problem.

The freshman, Josie, explains someone put things in her locker. The senior, Marsha, tells her the things belong to her and that she chose ‘Poopsie’ to be her gopher in exchange for being her bodyguard and showing her the ropes. When Josie tells her she doesn’t think she needs a bodyguard; Marsh asked how much she paid for the swimming pool pass when the school does not have a swimming pool. Josie realizes she was a victim of a prank and asked what a gopher was. The explanation made Josie hedge again until Marsha asked if she knew what a swirlie was.

The scene begins with Girl One being chased into the woods by Girl Two. Girl Two tackles the first girl, turns her face up, sits on her, and pins her arms above her head. She calls Girl One insulting names. Girl One asks what is going on and explains she went for a burger and dancing with Danny.

Danny is supposedly Girl Two’s boyfriend. Girl One was not aware of the situation. The girls discussed what happened, and Girl One said she was sorry for hurting the other girl’s feelings. She could have Danny. A second date didn’t seem worth the trouble. She also advised Girl Two to dump the apparent loser. Girl Two wants to know how the date came about. She discovered her boyfriend with Girl One when she was on her way to tell him she was pregnant.

The duet scenes presented here are available for those who wish to practice with a friend. They are only a few of the many scenes available. The sources used for this article, ActingScenes.com, and the Brooklyn Publishers’ scenes are just two of many. An internet search reveals a wealth of material.