The famous African American actors’ struggle in cinema, like in civil rights, was long-fought. From the inception of film until the 1970’s, African Americans were portrayed in a negative light, as the only roles available to them made them appear wild and animalistic or reinforced stereotypes about them. Namely, black women played house servants (i.e. cooks or cleaners) or “mammies,” a term that was used in the Civil War era South to describe black nursemaids or nannies who cared for white children. Similarly, African American men portrayed janitors, porters, house help, and gardeners.

Despite decades of obstacles, though, some early African American actors broke the mold and challenged preconceived notions about black people to go on to have successful careers and play lead roles that showcased powerful positions. Here’s a list of ten famous African American actors and actresses, past and present, who took on leading roles typically reserved for white actors and paved the way for people of color.

Sidney Poitier is largely credited with helping break African Americans out of typical roles with the classic movie A Raisin in the Sun (1961), based on a 1959 play by Lorraine Hansberry. In it, Poitier plays Walter Lee Younger, the patriarch of the Younger family, who shares a small apartment with his wife Lena, their son, and his mother in New York.

The Younger Family’s world is turned upside down when they receive a large sum of money in the form of an unexpected check. The movie centers around how they will spend the money and discusses important issues, such as abortion, trust, greed, and family values. It’s still considered to be one of the finest African American films of all time. 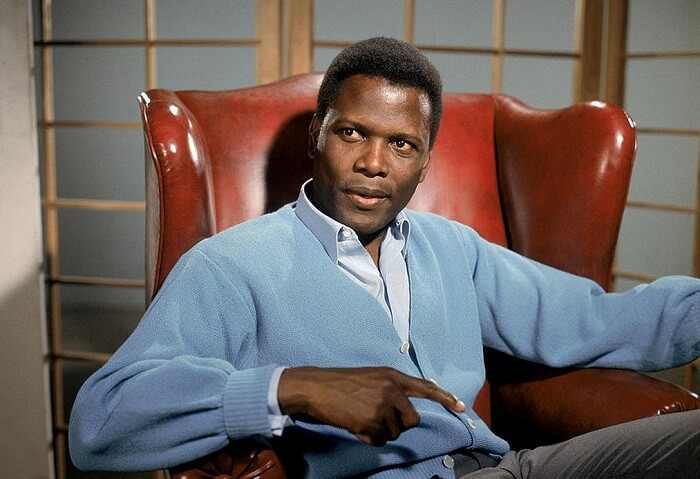 An actress, singer, and dancer, Dorothy Dandridge had a successful career during her somewhat tragic, short life. In her 1940 film Four Shall Die, she broke all stereotypes by playing an heiress whose fortune is at risk when a man attempts to swindle her and again by playing a queen in 1951’s Tarzan’s Peril.

Then, in 1954, Dandridge played the lead role in Carmen Jones, a re-imagined version of the play Carmen, historically done with a Hispanic cast. In 1992, Carmen Jones was recognized by The Library of Congress and put on National Film Registry for its cultural, historic, and aesthetic significance.

In the original Star Trek series and movies, Nichelle Nichols plays Lt. Nyota Uhura. She was a Communications Officer and an integral part of the Enterprise’s crew. Nichols’s  character was trained in translating difficult code, interpreting strange languages, and she could fly and command the Enterprise if necessary. Uhura was always calm in emergencies, had excellent leadership skills, and was well respected by the crew.

In addition, in a groundbreaking first, Nichols and William Shatner (Captain Kirk) shared the first interracial on-screen kiss in television history. Lt. Uhura was considered to be a role model and an inspiration to women and people of ethnicity. Actress Whoopie Goldberg once said of Nichols “I just saw a black woman on television and she ain’t no maid!”

She’s Gotta Have It (1986) was Spike Lee’s directorial debut. The main character, Nola Darling, is played by actress Tracy Camilla Johns. A woman in charge of her sexuality, Nola is sleeping with three different men, all of whom want her to commit to one of them.

However, she prefers to remain single and doesn’t want to feel “owned” by a man. This is a powerful role for a black woman because, just decades earlier, they were playing subservient roles. Later, in 1991, she starred alongside big names like Wesley Snipes, Ice T, Chris Rock, and Judd Nelson in New Jack City where she played a gang member’s ex-girlfriend.

Samuel L. Jackson has been featured in over 100 films since he landed his first role in Together for Days, the story of an interracial romance. The film has drifted into obscurity and not much is known about the Jackson’s character Stan. However, we’ve seen him defy black roles ever seen he held a gun in Pulp Fiction.

He plays Nick Fury, the leader of a group of superheroes in The Avengers. In addition, he’s saved a plane full of passengers from serpents in Snakes on a Plane. With his take charge attitude and lack of fear, he’s a prolific actor who’s among the most famous African American actors.

Tracee Ellis Ross plays Dr. Rainbow Johnson, the wife and mother in the current, hit television show Black-ish, which follows the Johnson family as they struggle with their racial and cultural identity while living in a pre-dominantly white, upper class neighborhood. While her on-screen husband Dre (Anthony Anderson) worries their four children aren’t exposed to African American, Rainbow is perfectly happy with how her children are being raised.

By all accounts, Rainbow is a traditional mom, but Ross doesn’t play the role traditionally; she’s a biracial, feminist anesthesiologist who stays true to herself and her liberal views. Also, she was the first African American woman to be nominated for “Outstanding Lead Actress in a Comedy Series.”

Kerry Washington has made a name for herself among present famous African American actors. Though we’ve seen her in a stereotypical role when she played opposite Jamie Foxx as his wife Broomhilda in Django Unchained, it doesn’t even begin to show her range as an actress.

Where she really shines and breaks stereotypes is in her starring role as Olivia Pope in the political drama Scandal. She’s a beautiful, independent, and high-powered “fixer” whose clientele includes Washington D.C.’s elite politicians. However, her life becomes increasingly complicated when she begins to have an affair with the President of the United States. We see her take charge of her sexuality and call the shots – even with POTUS.

Gabriel Union has come a long way since she first picked up pom-poms for Bring It On. Union follows in the footsteps of famous African American actors who play strong, leading roles with her portrayal of Mary Jane Paul in Being Mary Jane, where she stars as a popular talk show host who must balance work, her love life, and her chaotic family.

In addition to being the host, she helps produce the show along with her Latina producer and deals with issues involving her journey with in-vitro fertilization, those surrounding her on and off again boyfriend who is expecting a baby with another woman, and allowing her niece and two children to live with her. Despite everything, Mary Jane remains steadfast, strong, and faces the world head-on.

Though Viola Davis played the stereotypical role of a maid in The Help, of her filmography, it’s difficult to choose just one role where Viola Davis defied stereotypes – she annihilates them with nearly every character she plays. She was featured in Suicide Squad as government agent Amanda Waller, the antagonist (sometimes ally) who recruited and oversaw the Suicide Squad villains.

Davis also plays a powerful, vindictive attorney, named Annalise Keating, who teaches college classes in How to Get Away with Murder. However, in Won’t Back Down, we see her as a teacher and mother who pairs up with Maggie Gyllenhaal and works tirelessly to reform an inner-city school district in Pittsburgh.

In Person of Interest, a television show that focuses on a pair of do-gooders (John Reese and Harold Finch) who save others from government conspiracies and bad guys using technology stolen from the NSA, Taraji P. Henson plays a cop. She is tasked with tracking and hunting The Man in the Suit (John Reese), but ends up working with them to help people and gathers intel through her job at the police department.

In addition, in Hidden Figures, where she stars alongside two other famous African American actors – Janelle Monae and Octavia Spencer – she plays a mathematician for NASA who helps send a man into space. A largely untold story, we watch Henson’s character and the other women face sexism and discrimination as they dare to dream. 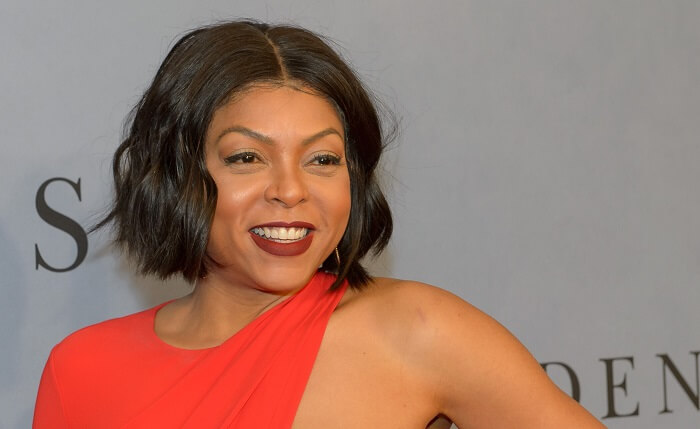 Though many famous African American actors have left their mark on television on film, this list covers those who not only debased stereotypes, but helped others to do the same. From Sidney Poitier to Nichelle Nichols to Kerry Washington, each has helped change the way African Americans are portrayed in films.

Do you have a favorite who’s not on the list? Tell us what you think by leaving a comment with your picks for the top 10 famous African American actors that debased stereotypes.