The Most Impressive Film Production Companies You Should Know

If you are an aspiring actor or actress, your ultimate goal may be to work with some of the top film production companies. Of course, there are smaller establishments to get you there. But knowing where you are heading is a great way to keep your eyes on the prize. This article will give you a short list of some of the most coveted film production companies to work with in many acting careers. 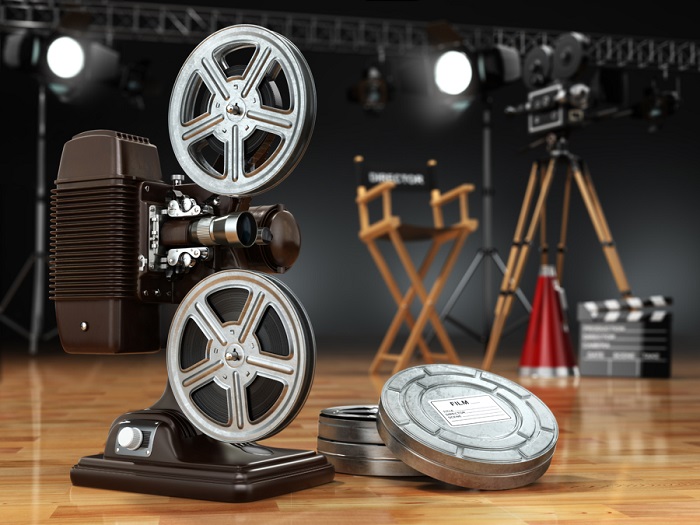 Top 8 Film Production Companies to Set Your Sights On

Time Warner is an extremely large film production company and more than likely most people have heard their name. If not, I am pretty sure you may have heard of their subsidiary studio- Warner Bros. Pictures which is a big player in producing film, music, and television. They have enjoyed success for over one hundred years and has helped produce some of the key films that changed the face of film. Warner Bros. can also lay claim to other labels and divisions such as New Line Cinema, Castle Rock, and Turner.

Warner Bros. continues to be a driving force as one of the best film production companies in the entertainment industry. They have helped bring about many high grossing movies such as Batman, and Harry Potter. They have proven themselves time after time and is obviously a top goal on many actor’s career lists.

Sony is one of America’s top film production companies. To give you an idea of how much they gross; in 1989 Sony bought Columbia Pictures who has been in the business since 1924 from The Coca-Cola Company for over three billion dollars. Many film makers seek out Sony because they have a branch that specifically caters to independent films. This division is called Sony Pictures Classics. They also give B (mid-range priced movies) a venue in which to produce their films through their Screen Gems branch. They are also massive with quite a few popular divisions including: TriStar, Stage 6, and Triumph.

Sony Pictures can lay claim to big name films as well, including The Spider-Man series, Skyfall, and Resident Evil. Sony continues to prove they can be big game players in the industry and has thus become a highly desirable company for actors to pursue.

Walt Disney is one of those names everyone recognizes in film production companies. However, many do not realize the reach they have in the industry. Walt Disney Studio is owned by Walt Disney Studios and operates out of the United States. They have been producing movies geared towards a younger audience for many years. So, many feel they have been a component in shaping the minds and lives of many children. Walt Disney animation is the animation branch and turns out incredibly successful animated films such as: Cinderella, Frozen, and 101 Dalmatians.

Disney also owns many big name brands including: Lucas Films, Marvel Studios, Pixar, and Touchstone. However, Disney isn’t just a kids company. They also have been involved in popular franchises such as The Pirates of the Caribbean and Iron Man. Moreover, they are on of the Big Six companies that many actors strive to become synonymous with. They are likely the most loved as well because many of us have grown up with their films. 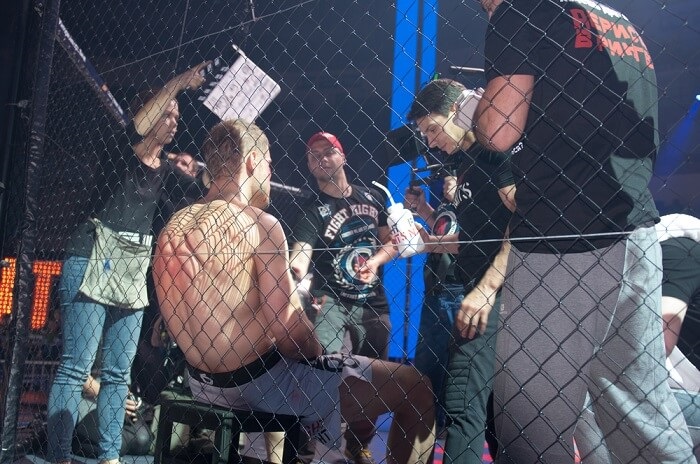 Another one of the big six film production companies in Hollywood is Universal Studios. They are owned by Comcast and are associated with Universal Animation Studios. Universal Animation Studios is responsible for bringing about many popular animated feature films such as: The Land Before Time series, Balto, and An American Tail. They have a long history of creating many timeless classics. Also, as of 1920, they have also expanded to include movie production. Many actors want to work with this studio because of the big name producers who are associated with it including Steven Spielberg. Of course you know his films: E.T., Jurassic Park, and Jaws.

To further expand their ability to bring films to you and your family, in 2007, Chris Melendandri founded Illumination Entertainment. It produces animated films including the Despicable Me series which has grossed hundreds of millions of dollars each. They continue to see success with getting involved in wildly popular series films such as The Fast and the Furious. There is no doubt that Universal Studios has enjoyed a long success as a successful film studio and will likely see many, many more years to come.

Claiming the next big six slot is 20th Century Fox movie studio (known by many simply as Fox). They were owned by News Corporation up until 2013 but has since become a subsidiary of 21st Century Fox. Fox has been producing film for the big screen since 1935 and have grown to great success, even to the point they gained access as one of the big six. Thus, it is no wonder why many actors set their sights on this studio. They continue to put out some top grossing movies including Avatar and Independence Day. They have also helped produce some very profitable franchises including: Ice Age, X-Men, and of course Star Wars. What actor wouldn’t want to e involved in that? If you get picked up for a franchise, that means multiple films with a solid work future for many years.

In 1994, the Fox division dedicated to animation was created in order to compete with the king of animation- Walt Disney studios, who was seeing incredible success with their animated films. This division only lasted until 2000 because of its inability to compete with the mega titan studio because of its lack of technology. In 1997, they did however acquire Blue Sky Studios who did have the technology to produce computer animated films. As a result, they have been able to see success with their animated films. Some films include: Rio, Robots, and Ice Age.

You are probably more familiar with their big six studio, Paramount Pictures. Paramount has been producing films since 1912 and has also helped shape the face of film over the years. To last that long, you know they are seeing constant success and have really established their name as a solid contender in the industry. They claim top grossing films such as Titanic as well as some highly successful franchises such as Transformers and Mission: Impossible. In 2011, Paramount created an animation division to join the animated film segment of the industry after they saw success after helping to distribute Rango for Dreamworks Animation. They hoped to be a competitive force against Dreamworks, Pixar, and Disney. And they have been a great competitor for these animation divisions. One such success is seen in their take on Spongebob Squarepants, the Shrek franchise, and another film called Monster Trucks.

Viacom also holds some of the most successful media networks including: Nickelodeon and MTV. With such a driving force that boasts so much continuing success, any actor will find themselves with Universal Studios and Viacom as their ultimate goal.

Lionsgate is the most commercially thriving mini movie and television distribution company within the United States. They can also boast being the seventh most lucrative studio. With the support of other smaller studios, Lionsgate has been able to flourish since its inception in 1997. Lionsgate has been involved in some exciting and very popular franchises including The Hunger Games. They also have a subsidiary called Summit Entertainment. This subsidiary is making smart moves of its own which only helps elevate the studio as a whole. One of the biggest successes Summit has brought to the table is the Twilight frnachise. Between Twilight and The Hunger Games, Lionsgate entertainment has seen tremendous growth in a very short period of time compared to other studios- very impressive.

They have made some very smart moves and seem to have a good sense of which films to back. This makes them very attractive to actors since they are still in a growth period where it may e easier to get into films involved with this studio. Plus, they are seeing great strides in success and seem to be continuously moving in a positive direction. This studio will likely see many years of profitability and may be a future big six contender. 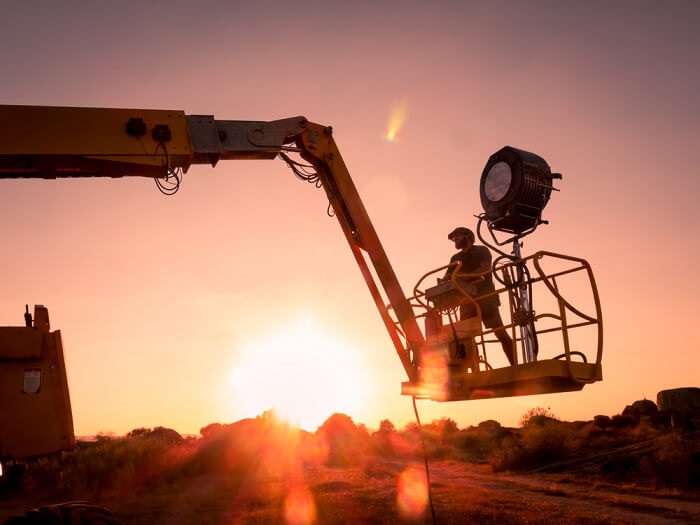 This company is owned by Bob and Harvey Weinstein a couple of brothers who wanted a piece of the film industry. They previously were employed with Miramax (a subsidiary of Disney) but decided to start up a company of their own in 2005. Though fairly young for a movie studio company, they have seen great success over the years. Their films have enjoyed good success at the box office. Some films you may be familiar with are: Django Unchained, The Untouchables, and 1408.

Weinstein also owns Dimension Films and this division has brought even more of a positive reputation to the company with their successes in producing sequels to other franchises including: the Scream franchise and the Spy Kids series.

If you are trying to advance your acting career, you may want to keep these studios in mind as an ultimate goal to work your way towards. It can really give you some drive and motivation to reach the top.

I know I missed a few big names, which ones are your ultimate acting career goal studios? Leave your comments below.