Funny Skit Ideas to Help Your Comedic Act Towards Perfection

The perfect comedy sketch hasn’t yet been conceived, but there’s a billion funny skit ideas out there, all finely suited to boost your act towards comedic perfection. Nailing a comedic performance can sometimes get more difficult than playing a more serious role. So what’s the alchemy needed to fashion the gold of hilarity? How can we make our audience laugh?

The following list of funny skit ideas will have you being funny in no time. We compiled a list of the most tongue-twisting, pun-centered, and odd-sounding funny skit ideas for everyone to try. Although it may seem that the list is dominated by funny skit ideas from the UK, our only excuse would be that there are far too many great examples of comedy there that we just can’t resist mentioning. 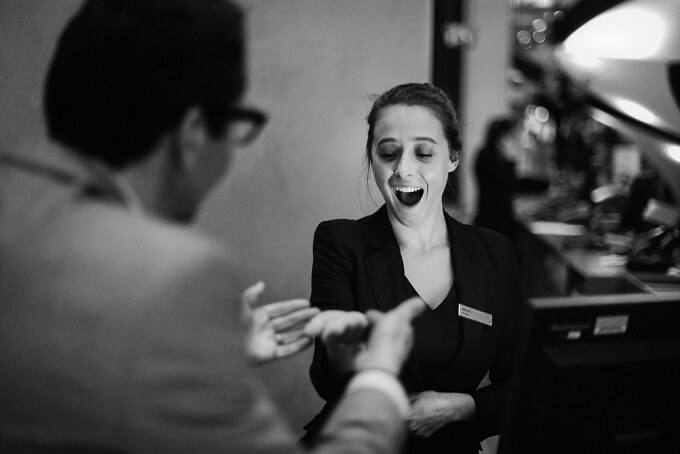 We recommend you go ahead and try these with other actors or friends. Sooner or later, you will definitely master the art of comedy.

Funny Skit Ideas that You Should Definitely Try

For this one, you can think of it as a general variation on a theme. Basically, the skit invents the Ministry of Silly Walks – which is exactly what it sounds like. This jewel of funny skit ideas doesn’t even require too many props. A desk will do, but if you really want to make it funny, add a few cups of coffee and a tray.

How it all goes: One character takes the role of a person working for the ministry, one character wants to get funding for his or her silly walk, and the third one simply fills in the gaps. The plot goes like this: while exhibiting a completely silly walk, the main character enters his/her office to find character number two sitting there. They proceed to talk about the latter’s wish to obtain funding for his/her silly walk. The third person plays the secretary that brings in coffee (yes, he/she also has a silly walk). If you want, you can add even a few more jobs for the secretary.

Sure to have everyone around you laughing hysterically, this is one the funny skit ideas that need very little capacity for learning lines. You just need two people, one playing a police officer, the other playing a citizen that wants to register a complaint.

How it all goes: the person that wants to make the complaint makes funny noises instead of personal details. The misunderstanding caused is enough to have the audience laughing for a full three minutes. The best part about this skit is that you can also improvise on it quite a lot, or even add a twist to it by transposing it into a typically American situation.

Even though the title refers to the hobby of keeping bees, the subject of this funny skit can be easily changed to whatever you like, as long as you write these bits down. With just two people and no props involved, this is probably one of the easiest funny skit ideas on this list.

How it all goes: in an interview with a beekeeper, the interviewer keeps having involuntary actions such as shushing. The person being interviewed keeps wondering what the problem is while trying to carry on with his logical train of thought all the while being bombarded with constant interruptions. Now you see that this skit could go well with just about anything, so you can get bonus points if you make it about something you actually know a great deal about.

Never has a dead parrot received so much attention. The only drawback of this funny skit is that you have to find a toy parrot as a prop, as well as a parrot cage to go with it. Still, the two will probably add a great deal of authenticity to the mix and you would have to submit the audience to a great test of the imagination otherwise.

How it all goes: basically, a customer complains of a dead parrot that he had just bought as a live one. No matter how simple the premise, you can’t deny the potential for great humor in this little sketch. The one liners bounce off the two characters as each struggles to prove whether or not the bird is deceased and expired.

6. ‘The Devil Welcomes You to Hell’, Rowan Atkinson

Finally, a suggestion in the funny skit ideas section not intended for two performers. Although mastering this brilliant monologue by Rowan Atkinson might prove a bit of a trick, it doesn’t mean that you shouldn’t try.

How it all goes: basically, you play the Devil and you get to welcome some new souls to hell. The funny bit is when you try to sort them out. Lawyers in with murderers and thieves, the French with the Germans, and so on. The advantage of this act over other funny skit ideas is that you can act as if your audience is in hell – all too funny, provided your public is none too keen on analyzing the religious implications.

True, this is an integral part of an episode of the insanely popular sitcom Seinfeld. However, that doesn’t mean it can’t be taken as a standalone skit. Furthermore, you can adapt the humor a bit to fit a particular situation.

How it all goes: George and Jerry talk about the former’s talents and about what jobs he could do. Once George realizes he may not be too good at anything, he talks with Jerry about going back to work on Monday morning as if he hadn’t quit. Although it’s not the funniest bit off of Seinfeld, it certainly is the most relatable and, of course, the weirdest as to the strange train of thought that leads the two into thinking it’s an okay thing to do. Maybe he would’ve been better as a latex salesman, but who knows?

Ever thought that Hamlet was a bit too long and boring? Well, you may not be the only one who thinks that Shakespeare is not all that big of a deal. Atkinson and Laurie play on this theme in this classic skit.

How it all goes: Shakespeare is meeting the theater director, who has a few uncanny suggestions for the great playwright. In a hilarious twist, he suggests that Hamlet’s soliloquies be shortened down a bit. Specifically, he targets the famous ‘to be or not to be’ monologue and makes it into what we all know today. Apparently, in this strange imagining of Elizabethan history, Hamlet was even longer.

We tried to stay clear of politics for this one, but it’s pretty difficult to ignore this incredibly funny skit from SNL. The two antagonistic characters join forces to make a statement about feminism. The result? 6 minutes of delirious laughter.

How it all goes: one has to play the relentless Hilary Clinton, while the other one takes on Sarah Palin’s half-witted yet incredibly entertaining rhetoric. They seem to be at each other’s throats throughout the whole of the statement. Every statement by one is immediately undermined by the other. The back-and-forth is what makes this skit so special. Therefore, in order to be portrayed accurately, this funny sketch must be persistently practiced beforehand.

2. ‘The Understanding Barman’, Fry and Laurie

I remember hopelessly struggling to contain my laughter when I first saw this. An incredibly well-written skit, this bit of Fry and Laurie is all in the timing. In order for it to work, the two actors need to be as perfectly suited for each other, just like the two famous brits.

How it all goes: insert one barman, one complaining drunkard, and a bunch of assorted appetizers and we have a complete recipe for hilarity. While the latter complains about his wife, the former keeps offering him these funny named props at precisely the right moments.  The result is sexual innuendo heaven – everything perfectly orchestrated for maximum laughs.

For the top spot on our funny skit ideas list, we’ve chosen to go with the classic. This skit was ranked as one of his best by John Cleese himself. So you know you’re in for a treat. The best part is that you don’t even need more than the setting of the previous, dead parrot skit.

How it all goes: a very posh-talking cheese connoisseur walks into a cheese shop. A band plays traditional music in the background (this could be a nice touch if you can pull it off). Next: the cheese merchant and the customer proceed to go through the list of cheeses that are not available. Ultimately, they conclude that the cheese shop has absolutely no cheese in it. The customer proceeds to shoot the cheese vendor and the rides off into the sunset. As he does so, we learn his cowboy name: “Lone Cheddar.” 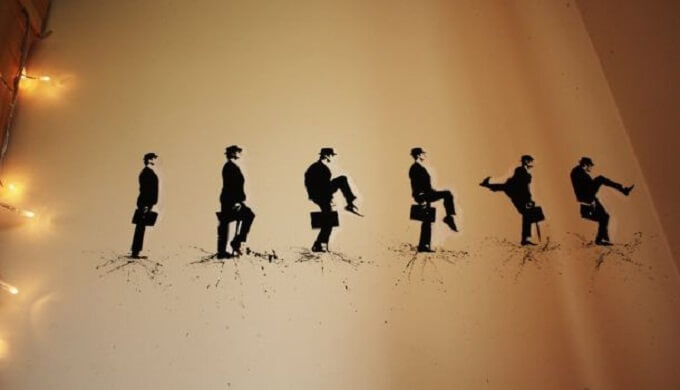 Ready for a Laugh?

Complicated as it may be to pull off any of the items on this list of funny skit ideas, we think that with a bit of practice, anyone can try them. Go ahead and propose you try one of these with your friends in the acting business. While your friends will be rolling on the floor, you’ll also be improving your comedic act. So it’s a win-win, isn’t it?