How to Get into Character before a Role

Many successful actors and actresses will tell you that being prepared and knowing your character is even more important than just knowing your lines. It can be difficult to switch gears from your daily life to an acting role. This comes especially if something happened that is really weighing on your mind. The choices you make, and how you, yourself, is feeling leading up to the moments before the Director shouts, Action! will all affect your performance. So learning how to get into character has a major importance for your career.

Another aspect you need to think of is regarding the character you intend to play. How do you get into their personality in a way that effectively portrays them? To do this you really need to know your character. This article will give you some tips and tricks so you can get in the right mindset and learn how to get into character before your performance or audition. 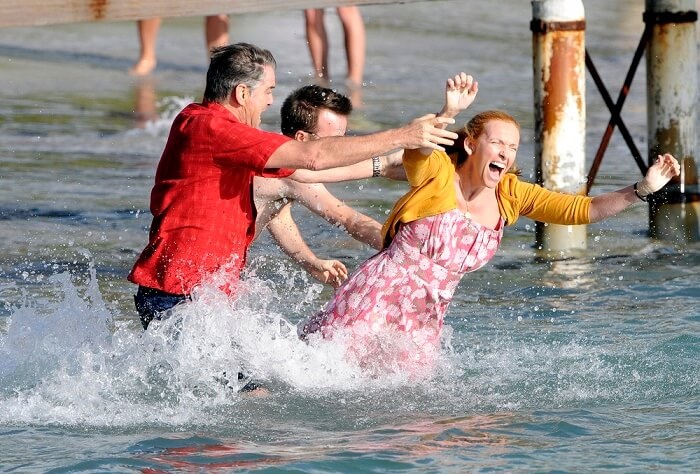 8 Tips on How to Get into Character before a Role

Maybe you are getting ready to play a happy and cheerful scene. But your day wasn’t so happy- or cheerful. It can be exceedingly difficult to convincingly play a character whose personality or feelings in a scene do not match your own. A good way to switch gears is to make up a story. Find a partner and take turns creating a story one line at a time. One of you starts with a line or two. Then the other adds to the story with another line or two of their own.

Dial it up a little to aid you in figuring out how to get into character by creating a story. Also, have the character in it to react how you think your part character would. It will force you to focus on the story and leave your daily distractions behind. It also hones your ability to listen and react.

You are trying to figure out how to get into character and the answer is to play cards? Yes, play a game of cards. There are many different types of card games that can help you enter a role. If your character is shy, socially awkward, a loner, or in a sort of mind funk you can play solitaire to kind of draw your mood in. On the other hand, if you are portraying someone outgoing or a social butterfly, a game of Go Fish with another cast member can liven your mood.

The atmosphere you create around yourself is key in finding out how to get into character. This is especially helpful if you do not have a life experience you can draw the appropriate mood from. Using a game of cards to help put you in the necessary mood will help keep you from trying too hard to get into character. It will also make your acting feel and look more natural.

Sometimes you just need a moment of silence. Silence can be a hard thing to come by while on set. You may have people drilling you on your lines. Even the walking around and agitation of the set activity can be distracting and make you nervous. A restroom can give you that moment of peace where you can be alone and close your eyes to relax.

Take the time to clear your mind and get away from the chaos. Maybe think of how your character would react to the situation. How would they respond in a bathroom stall? Would they break down and cry from the overwhelming pressure on the other side of that door? Or are they a bit mischievous? Maybe they would take this time to write a note on the stall door. What would it say? Now you are using your time wisely. Not only you are getting that needed time to clear your mind. But you are getting into character too.

Even before your feet hit the set, you should take the time to get to really figure out your character. Developing this level of intimacy with your role will be an important factor. It helps you figure out how to get into character when you need to. To do this you really need to immerse yourself and use all of your senses. Use your character’s personality to choose somewhere they are likely to visit. If your character is a teen girl, stop at the mall. Notice things you think she would notice. Then think of what she would think of them. Are you playing a secret agent? Go to a store full of people and see if you can stealthily move about. Going to places your character would frequent will give you an opportunity to be the character and get into their mindset.

Now that you have a plethora of visual details, listen to the surrounding sounds to really get you into the atmosphere created by the place. Maybe even create a playlist of songs on your MP3 player to listen to as you walk around. The songs should embody your character and be things that they would listen to. Music is a great way to get yourself to feel things and put you in the right mood. It is often a go to method when people ask how to get into character. 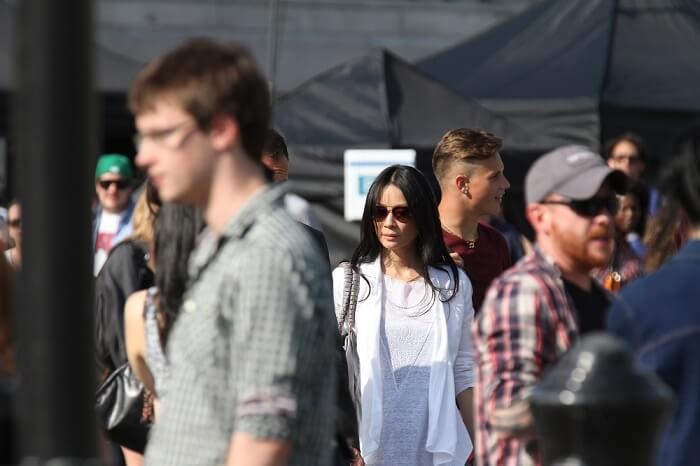 Even before you are preparing for your role on set, get into character off set. Is your character a baker? Try your hand at a cooking class or bake something you’ve never tried to before. Does your character handle firearms? Take a gun safety class. Do they ride horses? Take some riding lessons.

Doing activities that your character would do will really give you a new perspective. It will also show you a new way to relate to them. If it is something you have not done or are uncomfortable with, it will put you more at ease when you are exposed to it on set. Really surround yourself with the activity and take note of sights, smells, feelings. Then when you are asked for tips on how to get into character you can tell them to be the character.

6. Forget Your Character for A While

Though it seems counterproductive, taking a break and forgetting all about your character is sometimes necessary. Just as writers sometimes experience writer’s block, an actor can get to a point where they are just fatigued from trying to be someone else. Getting involved in an activity where you can relax and clear your mind, like yoga, can be refreshing. Another way is to do something that demands your full attention, like a martial arts class. It can really provide the needed distraction that can help recharge your motivation and your batteries.

Some things are overlooked when the pressure is on to memorize lines and figure out your own character. One of those things is your setting. If you are used to a city life but the character resides more rurally, it can be hard to imagine what that is like. Visit a farm or watch some country set movies. If the film or play takes place in a time period other than your own, there may be plenty of nuances you didn’t think of.

The whole atmosphere changes and your character’s reactions may be different than what you initially thought they would be. Take the time to know these aspects of the role. They can greatly change how to get into character. Maybe the way you thought your character would react would no longer be true. This can happen because the time period or country dictates a person is more likely to respond a certain way because of tradition or laws.

Do not forget to read the whole script or play. Don’t ignore the other characters (even in the scenes you are not involved in). Also, don’t focus only on your character and the characters that are immediately interacted with. This can really narrow your perspective of your own character.

You are limiting yourself to a general impression of the situation your character is involved in instead of getting the full picture. In turn, get a more accurate depiction of your own characters role. Take the time to read the story in its entirety. Watch other interpretations of the play or film. Just do not get wrapped up in another actor/actress’s version of the character and find yourself trying to copy their style.

How to Get into Character

When you think of how to get into character remember to use all of your senses and resources to really get to know your character. Only then will you really know how to properly portray them. Take some time to relax before a role and switch your mindset. This will help you look more natural when you get in front of the camera or audience.

How do you get into character? What tips can you give that have been successful for you? Feel free to leave any supportive tips for other actors who may need some help.