How to Speak with a French Accent 101

The French language is often referred to as the language of love. There is no wonder why. It is fluid, romantic, and poetic in its own right. Thus, many people often try to imitate it and it is frequently done poorly. If you are an actor and you come across a role that requires a convincing French accent you are left with the question of how to speak with a French accent that actually sounds authentic. Much like learning any accent, there will be time, effort, and research that goes into properly learning how to speak with a French accent.

This article will give you pointers and helpful information that will allow you to learn how to speak with a French accent so you can wow your friends and family or those casting directors at your next audition. 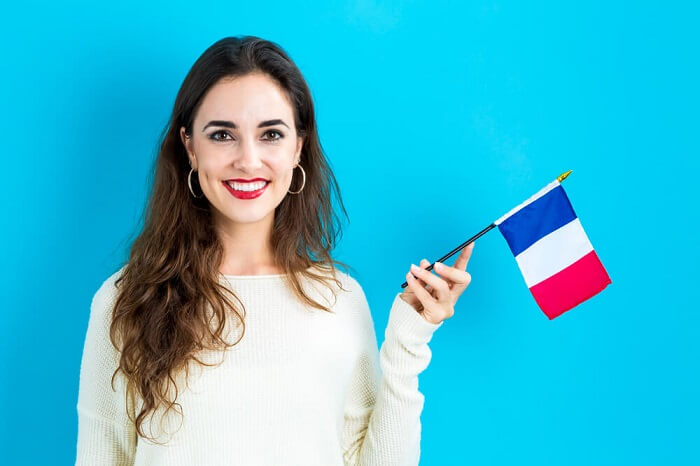 A very important step to learning how to speak with a French accent is to listen to it. Find recordings, television interviews, or other resources where a native speaker is part of the conversation. Hearing an actual speaker will allow you to pick up on the fluidity of the language as well as any nuances that are different from your own language. Keep these differences you find in mind when you begin to try out your own French accent.

Once you have a good idea of how the accent should sound; now you can begin to try it out on your own while learning how to speak with a French accent. Use the recordings or television shows to work off of. Grab a recorder or your phone and record yourself repeating back sentences uttered by the native speakers. Play them back to compare your sentence to the speakers so that you can see what you need to work on and how closely you are able to sound just like the speaker. Use this time to adjust anything in your accent that sounds off when compared to the native speaker’s accent.

Next, you can try it without a native speaker. Grab your favorite book and record yourself reading it aloud using your best French accent. Play that recording back and see how convincing you sound.

In the beginning, when you are learning how to speak with a French accent it is normal to have some doubts or question your ability to sound authentic. Remember, you are just beginning to learn how to speak with a French accent and it will take time to get the hang of it so do not get discouraged. Use your friends and family to get some feedback. Often, it is easier to get used to speaking in a dialect not your own in front of people you know and feel comfortable around.

Tip 4: Take Your Accent Out on the Town

Once you have gotten used to using your accent in front of people you know, the next step would be to find an audience of people you do not know. After all, getting up in front of a crowd of strangers while on stage or a table of casting directors and producers will be much more nerve-wracking than speaking in your accent to your family members.

One way you can do this while learning how to speak with a French accent is to go into a store or café you may not frequent regularly. Order your beverage using your accent on the waiter or ask for help finding something in the grocery store from a clerk. See what their reaction is. If they seem suspicious, you may have some work to do on your accent. On the other hand, if they find your accent to sound authentic they may ask where you are from or even compliment it. You can choose to let them know that it is not real and why you are using it. This would give you an incredible opportunity to get some real unbiased feedback that you can use to improve upon.

Tip 5: Pay Attention to Your Vowels

Pretty much every vowel in the English language changes when you place a French accent upon it. The French language does not use any diphthongs so you will notice that their vowels will be much shorter than their English counterparts. When using words that have a long sounding A, O, and U in English. For example, an English speaker will say the word “say” using a diphthong that is created by along “A” sound and followed by a ”Y” sound. The same word uttered by a French speaker will sound more like “se” without a “Y” or diphthong.

Tip 6: Pay Attention to the Players

As you learn to speak your native tongue, your lips, mouth, and tongue learn to form sounds a certain way. Thus, when you learn how to speak in a French accent you will have to retrain your mouth parts to form those same words and letters differently so that a different sound can be emitted.

Be ready to move your tongue much less by locking it behind your lower teeth much of the time. This is again because of the missing diphthong use in the French language. French vowel sounds are much purer and therefore do not need the same movement to accommodate dual vowel sound found in the English language diphthongs. Let your lips, mouth, and even sometimes your nose do the work while your tongue takes a back seat behind your lower teeth.

A handy way to familiarize yourself with French pronunciation, especially sounds that are foreign to English speakers, is to learn sounds in groups. For example, choose a period of time to focus on words containing the letters “ou.” This letter pair makes an “oo” sound in the French accent. Do practice sets where you repeat a list of words aloud containing the sound group. Once you feel natural saying them and you sound natural, move on to a new sound. A few of you may want to focus on “r” because of the guttural sound you need to properly pronounce it, “u” which will sound more like “ew” using a rounded lip formation, and “eu” which you pronounce with only the “e” sound.

Intonation is undoubtedly the single primary variance in the way English and French accents sounds. Before a child even begins to experiment with speech themselves, they will pick up on intonation first. Since it is something you learn very early, it proves to be a difficult linguistic aspect to learn and adjust.
The English language focuses very much on syllables. The French language, on the other hand, is less concerned with it and gains a musical tone because, without the heavy influence of syllables, you can convey it much more smoothly. Instead of a slow rise and fall in the pitch like you hear with English, you will have a slow rise that goes from the beginning of a sentence all the way to the end where it drops off suddenly.

Give your tongue a workout with French tongue twisters. This will strengthen your tongue as it forms and moves to make unfamiliar sounds. They will also give you the challenge to test your ability to properly pronounce words and will also assist you to see pronunciation patterns. To do this it is helpful to begin by saying the twister slowly at first. Then pick up the pace as you familiarize yourself with the sounds.

If you are in a time crunch for an upcoming audition or feel this is something you are having difficulty doing on your own, a vocal coach can be a terrific asset. They will already have the knowledge of how the accent should sound. Therefore, they will be able to correct your accent on the spot so you can avoid creating bad habits. Thus, you will get on the fast track to an authentic accent. They will also be able to give you ways to practice to greatly improve your skills.

Here you can watch other tips and tricks:

Whether you need to learn how to speak in a French accent for an audition or upcoming role, want to speak in a French accent for kicks, or just love how it sounds, you can do it with some knowledge and practice. Paying attention to the difference in pronunciation, listening to native speakers, and practicing your own accent aloud to others are all great steps to an authentic accent. It can be difficult for some but do not lose hope. With practice and repetition, you can discover your ability to speak a new dialect. This can be extremely useful during audition time and can give you one more tool to use that many other actors may not possess. And if all else fails, there are professional vocal coaches out there who can fast-track your success so that you rise to your role.

Have you ever had to learn a new accent for an acting role or some other reason? What tricks did you use to help you remember proper pronunciation? Please leave any helpful hints for others below.