How to Up-Level Your Acting Career: The Right Way and The Wrong Way

We have worked with thousands of actors whose work has ranged from short films to series regulars on TV shows and large roles in studio films. But one question always remains, “How do I up-level?”

First of all… what does it mean to Up-level?

Most of the time when we get this question, actors are referring to their representation and what they are auditioning for. Up-leveling or leveling up is when you are at a different phase in your career. You’ve reached one milestone and you are ready for the next. Generally you are going out for larger roles or on bigger projects than you have in the past.  So let’s address up-leveling representation and the work you are going out for.

A lot of times actors want to up-level their reps, but they have not up-leveled themselves.  A number of actors who come to us want stronger representation…and who wouldn’t? But you need to start thinking, “What am I doing to be attracting stronger reps?” 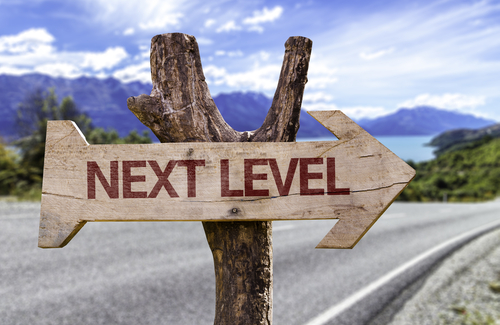 You want to be so attractive and be an obvious business partner for these potential reps and “dangle the carrot” as manager Mitch Clem recommends. But if you haven’t been working on your career to create momentum and showing you can be an actor who books, then why would someone on a higher level want to invest in your career if your current reps don’t even make time to do that?  Remember, reps are working for free for you until you book, so that’s a significant time investment for them most of the time so it is your responsibility to prove to them that it makes sense for them to invest in you.

Ideally want your reps to see you as someone who would succeed no matter what; so of course they would want you.

The truth of the matter is… If you want a higher level, you need to prove that you will succeed at that higher level.

So how does one show momentum and “dangle the carrot?”

Miriam Tolan is the prime example of an actress we’ve worked with who has put time, energy and work into building her career and showing so much momentum, that agents and managers were coming to her.

Miriam focused more on networking and building her relationships that she was able to book around 20 TV credits BEFORE signing to any sort of representation.

See, Miriam knew that just signing to a great manager and agent wasn’t going to make or break her career, and what was more important was building momentum, so she had HEAT on her. So by the time she was taking meetings, she had a number of reps who were really interested in working with her.

There are different tiers of talent reps, so many actors think that by up-leveling, you go from a boutique to a bigger agency with more clout, but that’s not always the case.

Every agent-client relationship is different and just because one agent is good for one actor, doesn’t mean that that particular agent would do a better job for you than if you were at a smaller agency. Sometimes by signing to bigger agencies you end up getting less auditions and lost in the shuffle because these agents have so many clients that make most of the money for the company that they need to focus on.   Ideally you want to partner with a rep who is passionate about you and has relationships with the casting directors, producers, etc. that need to know you specifically.

Up-Level Your Auditions: The Power of Saying NO

When I met with a manager at Thruline who, after learning where I was in my career said, “NO MORE CO-STARS… this industry will push you down to the lowest level you are willing to accept.”  So that’s one perspective…

When you are up-leveling your work and have built credits and momentum to go to that next level, there will come a point where you will also have to up-level your mentality. 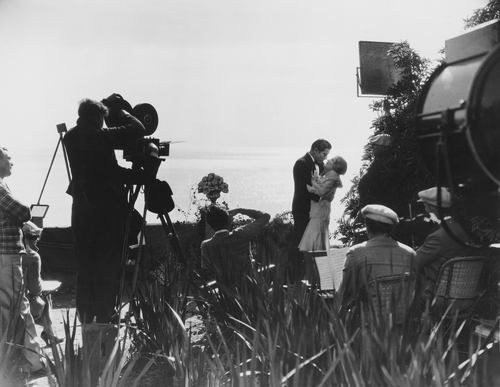 Let’s just say you built a number of co-stars on your resume, have great relationships and have your own network, with an agent and/or manager who really believes in you and fights for you.  Now you want to go out for the juicy roles.

You only want to audition for guest stars, recurring guest stars, and series regulars, but you seem to only be getting co-star auditions.  At this point, you are in a position to decide whether or not you want to keep going out for the smaller co-star level roles. There is debate about this when entering into this new phase of your career from a number of fronts and navigating this territory wisely is essential.

Sometimes, people refuse work too early. Other times, people can’t bare to think of themselves as refusing an audition and get stuck in co-star land.

There is power in saying NO, but also keep in mind that by entering a higher level of work, there may be less opportunities in the beginning of your transition. You may get less auditions, but the auditions will be for larger roles. So it is for you to navigate and decide with your team what is best for you to do at the time where you get to make this decision.

But your mentality is key in this deciding factor. If you want people to see you as a series regular, you have to see yourself as a series regular. This means you behave with the professionalism of someone who can handle notes from a TV network, 60 page rewrites the night before, people you in all different directions, “advice” coming on all fronts, and more.

Up-Leveling One Step At a Time

Keep in mind, there are other ways to up-level than signing to a big agent or refusing co-stars. For example, maybe you book a co-star for Girl #3, and instead of negotiating more pay, you ask your reps to negotiate for a character name (ex. “Cindy”).  Remember, perception can go a long way; this can definitely open doors to bigger auditions, as this looks more attractive on your resume and on your IMDB page.  You can incrementally up-level using this idea.

Another piece of the puzzle to just be aware of is that sometimes that one-episode co-star end up turning into a recurring role. One manager we’ve worked with recently told us that in the past 2 months she’s had several actors book one-line co-stars that were invited back for multiple episodes.

With all this being said, up-leveling can be an exciting time in your career. Feeling like you are moving forward is a huge win and being competitive on a higher tier is amazing. Whatever you do, just keep in mind your ultimate goal and be honest with yourself as to what is going to get you there. Whether or not you up-level your representation, keep putting forth that 110% effort in building your own network and securing your own work. And remember, in order to up-level your career, don’t tell them you’re ready, show them.