Perhaps one of the most challenging types of theatre, improvisational theatre, otherwise known as improv acting, is definitely gaining traction in the performance world. Why do we call it challenging? Well, because the actors follow no script, coming up with ideas in the moment. If you would like to pursue this career yourself, or if you are just curious to find out more about improv acting, then you’re definitely going to enjoy today’s guide. 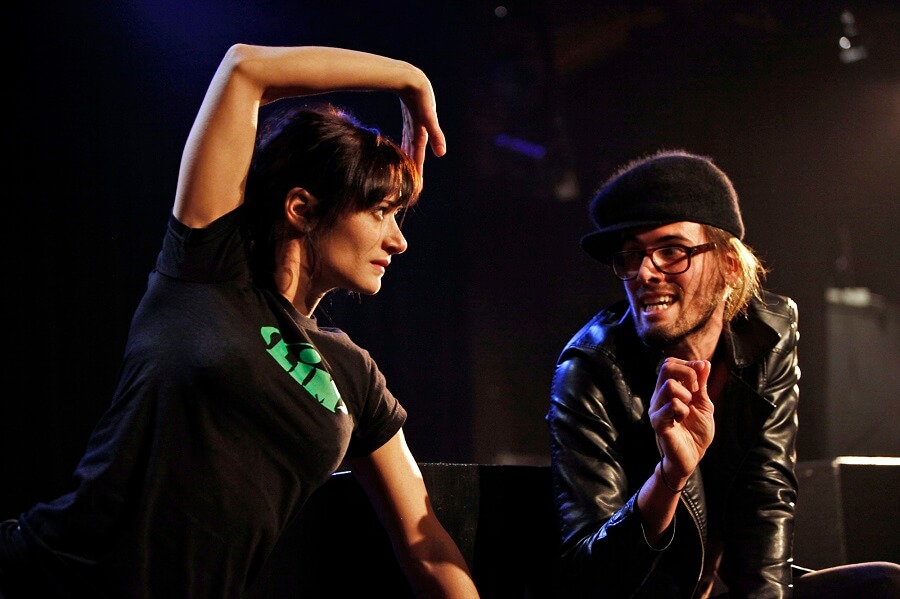 First of all, we’re going to be looking at what exactly improv theatre entails. Secondly, we thought we’d provide you with some tips and examples of improv games that you can try. Finally, to get you even more inspired, we’re going to take a look at some famous actors that are acing this technique, and that maybe you didn’t even know were a part of this business. Let’s start, shall we?

What Is Improv Acting?

As we’ve already mentioned, improv acting, or improvisational theatre, is a type of theatre where actors come up with the entire show (or almost the entire show) on the spot. We are talking here about a live performance, which can be of great assistance to an improv group. Why, you ask? Well, because sometimes the audience can propose different topics that they would like the team to perform, or the actors can draw their inspiration from looking at the audience.

What is truly great and entertaining about improv acting is that you never run the risk of seeing the same exact show more than once. Since everything is improvised, it is virtually impossible for the same scenarios and same lines to be encountered several times.

I think there’s something really freeing about improv, that it’s a collective, creative, in-the-moment piece. That’s really exciting and really frustrating, because it’s there and gone. There’s an amazing interaction with the audience that happens because they are very much another scene partner. – Tatiana Maslany

Just like in the case of traditional theatrical performances, you can go to an improv show that is based on drama, on both drama and comedy, or on comedy alone. However, we should mention that most shows tend to rely on comedy. Which is precisely what makes improv acting so much fun. The idea is that the actors have to work together as a team and act on the spot, without consciously thinking about what they should do next. That is why creativity is a very important characteristic of a great improv actor. At the same time, if you want to pursue such a career, or even do it as a hobby, you should know that you have to be ready to show some raw emotions on stage, and connect with the audience much more than you would in a traditional theatre performance.

Now that we’ve clearly established what improv acting is really all about, and what are some of the qualities you need to become an improv actor, let’s have a look at some really interesting and creative tips and tricks that will help you perform at your best.

1. Find a Character That You Feel Comfortable With

One of the first tips that we have for you today is to try and come up with a character that you feel comfortable playing, and then try to study it. Keep in mind what makes him special. Maybe he is a washed up politician, a grumpy grandfather, or maybe she is a sweet teenage girl. No matter the character you choose to go with, invest a lot of time in his or her backstory and personal relationships.  Relationships are important since you are going to perform with a team. This means that you have to relate your character’s story to the members of your team.

This may sound like a pretty obvious tip, since we are talking about improv acting, but hear us out. Apart from the fact that you should be able to come up with scenarios and lines on the spot, remember that sometimes your team might invent an instance that you don’t feel comfortable performing, or that you don’t know that many things about. In that moment, it can get quite challenging for you. However, the audience should not be made aware of this. Don’t try to immediately change the topic of the scene either. Embrace it and add your own personal contribution as well. 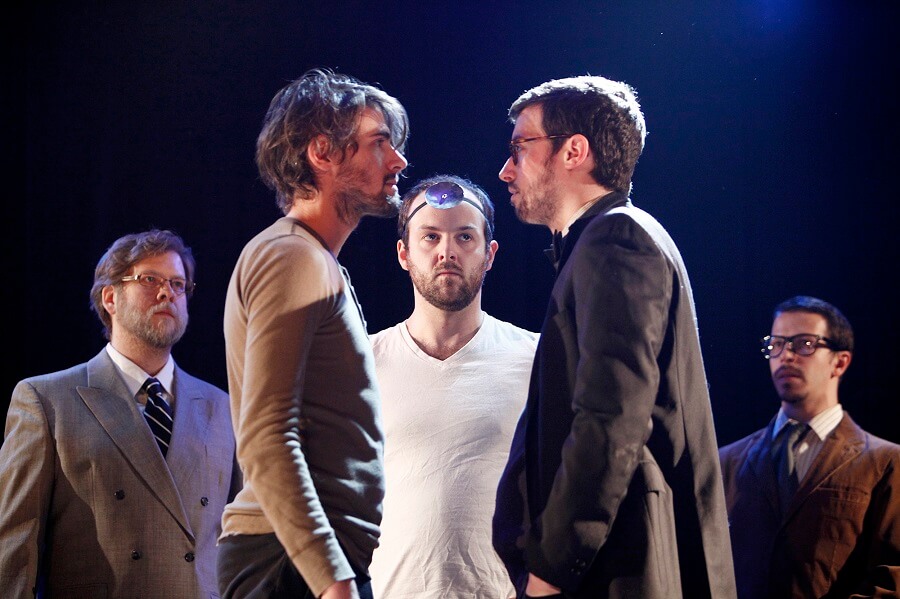 This improv acting tip goes hand in hand with the previous one. Consider it the golden rule of improvisational theatre, if you may: never ever say no when your partner opens up a new topic. Even if it seems strange to you, try to follow their lead. Otherwise the scene will simply stop before it even begins, which will confuse and displease the audience.

I love improv so much. Listening. I think that’s the key. When you improvise, you put a lot of pressure on yourself to create, and to be generating information, and trying to be funny, but if you just listen to what’s being said to you, and then react honestly, you generally get better results. – Rob Riggle

4. Try to Get Out of Your Comfort Zone

That might be quite difficult, especially in front of a live audience, but you chose improv for a reason, right? When you are on stage, challenge yourself to come up with new and interesting ideas of characters and situations. Don’t limit yourself to playing what you already know, because it this will also limit your creative potential tremendously.

Remember that when we are talking about improv acting, we do not mean standup comedy. You are not alone on stage, which means that not all the responsibility is yours, but not all of the spotlight should be focused on you either. You have to take the time and really connect with your team members, so that in the end, you are inspiring each other to perform at your best. 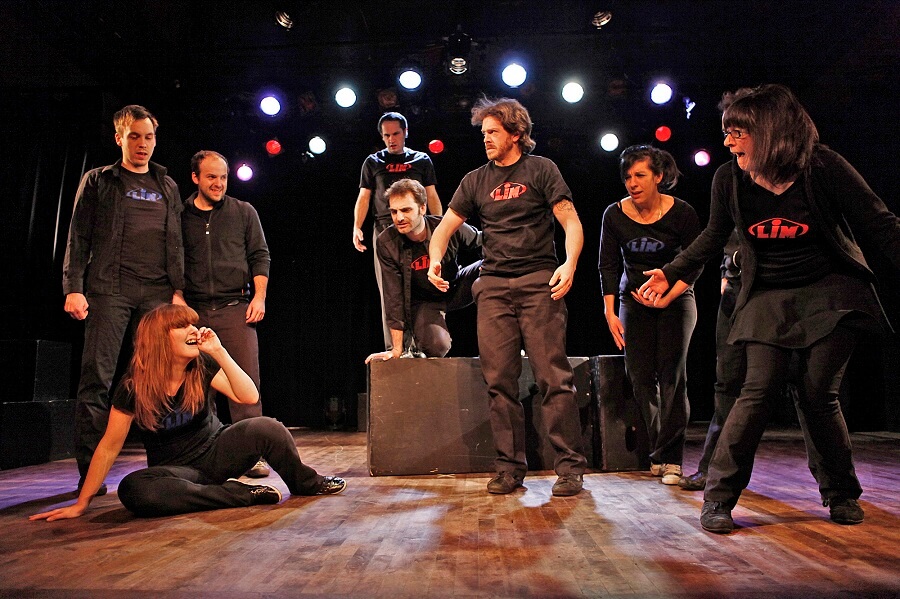 Even if we’re talking about a comedy-based improvisational scene, trying too hard to be funny can have the opposite effect. Remember that not every single line you say has to be funny. Just do whatever comes naturally, and you will notice that the audience will relate to you more. Oftentimes, the very things that we find relatable put a huge smile on our faces.

7. Learn to Work Around Props

Finally, another extremely important tip when it comes to improv acting is to learn to mimic using props. That is because, since you can never know what to expect from an improv scene, you also don’t know what kind of props you should prepare. What you have to do in this case is use your hands and mimic the respective prop.

Improv as an actor makes you present in the moment. You listen, you’re attentive. You’re not acting so much as reacting, which is what you’re doing in life all the time. – Nathan Fillion

We couldn’t have let you go without also suggesting some interesting improv games that you can do with your team. These are important since they help build trust, improve communication, and practice your unity as a team, before you perform in front of a live audience. Let’s have a look!

This improv game involves two people. One of them will be given a sheet of paper with a short script. If this seems strange to you, since we’re talking about improve, you should know that there are no other indications as to how the actor should interpret them. The second person has to come up with answers on the spot that justify the first person’s lines. This is a great practice exercise that will force you to come up with creative answers to all sorts of situations.

For this improv game you need 4 people. Two of them will act a story in gibberish, which is a completely invented language. The task of the other two people is to translate the story according to what they get from their team members. This is truly a team effort, since the first two people will also know how to better adapt their scene according to what the other 2 have understood and translated.

Here, two players will have a dialogue in which they use lines to emotionally manipulate each other as best as possible. The manipulation can be both negative and positive, and the person receiving it should act as if it has reached its goal and created an emotion in his or her character. However, this exercise only works when the team members are already familiar with each other, and trust is established between them.

Famous Actors Who Are Great at Improv

Before ending today’s guide to improv acting, we though you might like to know some famous names from the improv game, to motivate you to pursue this career yourself. Without further ado, here are some great actors who know how to improvise like a pro:

There is no doubt that improvisational theatre can be one of the most fun, creative, challenging, and inspirational artistic careers that you can choose. Even if the road to success can be paved with uncomfortable situations and awkward silence, as long as you don’t forget to let go of your inhibitions, have fun, and get out of your head when you are on stage, there’s no reason why you couldn’t end up like your favorite improv acting stars. We wish you the best of luck!