7 Independent Films and How They Changed Cinema History

With our society being more able to utilize different platforms for viewing and creating entertainment, it has put a strain on the world of independent, or indie, films and created more competition. However, Sundance Film Festival still hosts a venue for independent filmmakers to showcase their contributions to the independent films’ movement. There is even a following of support from indie enthusiasts that continue to uphold the tradition of these films. Sundance and independent films continue to challenge what is considered the “norm” in film and open doors to new techniques and ideas. It has also become a popular platform for new and up and coming directors to present their style. Independent films, though considered low-budget, are essentially films created outside of a major studio with the goal of being artistically driven.

This article presents a list of independent films that have helped to change the face of the film industry. 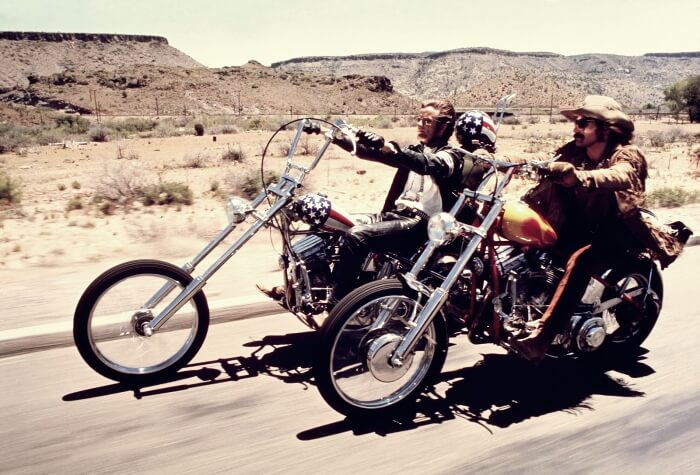 In 1969, Easy Rider, a ninety-four-minute film went against the grain and presented a non-traditional story structure and theme. The film starred Dennis Hopper and Jack Nicholson and dared to connect with an audience during a turbulent time in history. After the recent assassinations of two great men, Robert Kennedy and Martin Luther King Jr, the filmmakers took on the task of presenting the current hippie type culture and how it conflicted with the prominent traditionalists’ group of society. The film itself was considered low budget only costing 400 thousand dollars to make but pulled in quite a bit of money and a large fan base. This really showed Hollywood that there was money to be made in this arena as well as an untapped vein of creativity. However, it would not be until more proof and time had come to pass before the big industry in Hollywood would really take independent films and their possibilities seriously. 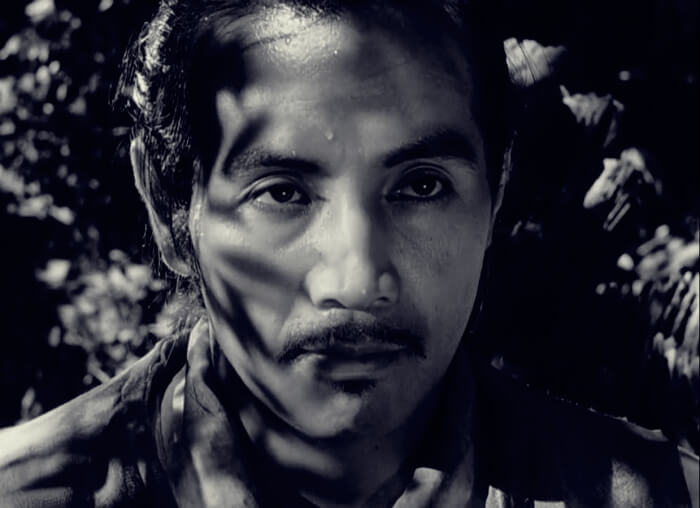 Director Akira Kurosawa presented Rashomon to audiences. The 1950’s film told the story of a woman who is raped and murdered while she is in the woods. At this point, the independent films industry had really given audiences a taste of a more artistic film and they were seeking more. Kurosawa’s fil used new and inventive techniques in black and white such as flashbacks which up to this point had not been used. He also brought a new narrative style that presented the same story through the eyes of four different and distinct characters viewpoints. Rashomon opened the door to other art cinema pieces that eventually would help form the film festival venue. 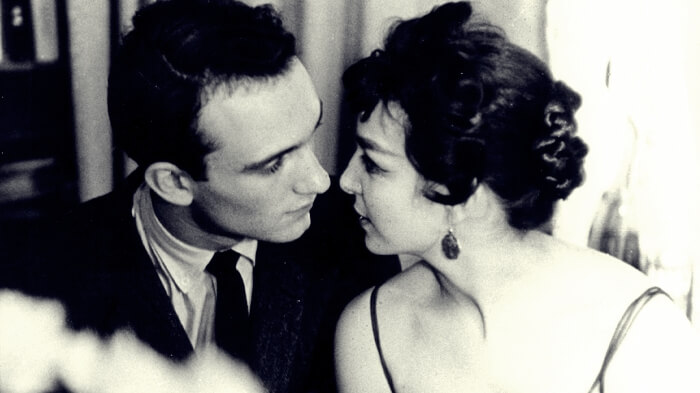 When the independent film industry was just starting to emerge funding was a difficult barrier to overcome. John Cassavetes scraped together guest spot commissions from appearing on shows during his acting career. He kept his budget manageable by using improv actors and inexperienced crew members to support his first film endeavor as a director. “Shadows” was eventually released in 1959. His film brought subject matter considered taboo in society at that time to the audience on a big screen. Even though his inexperience, and the inexperience of his cast, was apparent by poor audio quality, blurred pictures and poorly composed scenes, the raw nature of the production was so new and unlike anything audiences had ever witnessed before that they latched onto it. The material brought current sex, and race issues never discussed openly on film to the forefront and stirred much emotion in the viewers that partook in it. Many said that the feeling of urgency they felt after seeing the film made them think it was Cassavetes way of getting something he felt was important presented and out of his system.

It also showed other filmmakers that they too could present subject matter they felt strongly about regardless of what it was. Now there was no longer any excuse for filmmakers to shy away from not only having a very small budget, but presenting material that may have not traditionally been shown on the big screen. 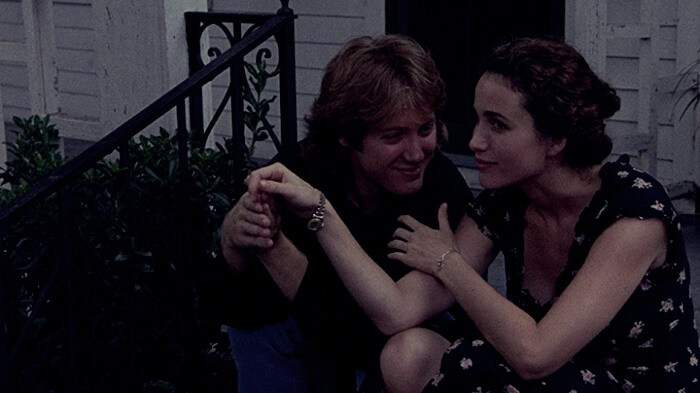 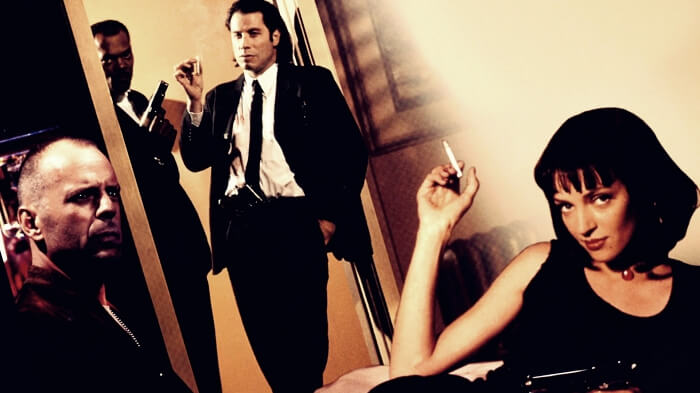 A few years later the independent film trend continued with Neil Jordan’s “The Crying Game.” It grossed over 62 million and caught a lot of attention from Hollywood studios. This trend was further strengthened with the release of Quentin Tarantino’s, “Pulp Fiction.” Shooting past the 100 Million dollar mark, it meant a new victory for independent film. Hollywood really took notice then and began to help fund independent filmmakers ventures knowing that if successful they could reap big rewards. It also meant that there was more support for directors and filmmakers that could open many doors for unknown cast and crew.

Years later, Sundance would come to fruition and give many filmmakers and directors recognition and give them their big breaks. It also further gave independent filmmakers a place to present their pieces while making a little money in the process. The Blair Witch Project, fake documentary, was made in 1999 with a budget of only 22 thousand dollars. Though the techniques and storyline were not groundbreaking overall, it showed the world that no matter the budget, a film could be affordable and successful. The movie itself grossed over two-hundred million dollars worldwide. The success this The Blair Witch Project showed helped encourage other filmmakers to use what they have at their disposal instead of being discouraged by the lack of funding and expensive equipment.

Unfortunately, even though this movie and others found a way to encourage unknown filmmakers to move forward with their endeavors, it also seemed to spawn a downside. Many will say that the 90s brought new life, interest in, and excitement to the indie film industry. Others will argue that this same realization of using what you had at your disposal would create a monster. Low budget filmmakers came out of the woodwork but instead of embracing the want to express themselves and create pieces of art, they were saturating the market in hopes of gaining fame and becoming rich- not caring much about producing something with artistic content or a message of expression. This would erode the purpose of independent films and cause many to turn away from them. 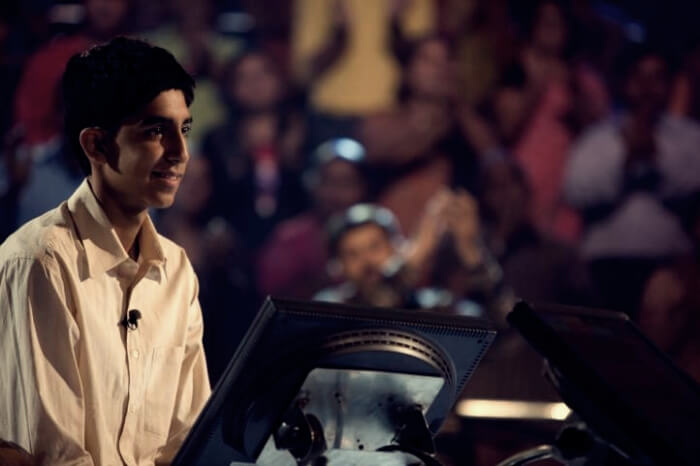 Slumdog Millionaire is a good example of a film that has big studio backing but is still considered an independent film. The film was given a budget of a little more than 15 million dollars. This is because the film industry and its studios have realized that contributing to these lower budget movies could, if successful, create a huge profit margin. Thus, nowadays you will see more fund backing by big studios. Many regard this as a downfall or eroding of the purity of the independent film industry because it made it more methodic like the bigger studios who look at the accomplishment of a film based on numbers and money.

Slumdog Millionaire went on to win 8 of 10 Academy Awards even went on to score the coveted Best Picture and Best Director titles. Out of the 15 million dollar budget they initially were granted, British film director, Danny Boyle, was able to gross more than 350 million dollars overall. That probably made his backers exceptionally happy with their choice to fund the film.

The face of film continues to change over time. Often we lose certain types of art when others emerge. The world of independent filmmaking has changed as well but it will always hold a place in history as a game changer in the industry. Sundance continues to uphold the tradition and supporters continue to take in these art driven films that dare to break the norm of traditional films and big-budget blockbusters. Though many feel the independent film industry has become too popularized and has lost some of its uniqueness because of big studio backing and higher budgets, there are still gems to be found within its realm.

What are some of your favorite independent films? Which films do you think were integral to forming what we consider to be film today? How do you feel the independent industry has changed? Do you think that is for the betterment or for the continuing decomposition of the venue? Please leave any insights and comments on the subject in the comments below.