Monologue vs Soliloquy – 6 Things to Consider

If you are involved in the theater, you may already know what the differences between a monologue vs soliloquy are. However, if you are new to the game, you may be less informed that there is an actual difference and the terms are not interchangeable. Though, as an actor you may feel like the difference of a monologue vs soliloquy does not really matter to you, it could be helpful to know the difference if it comes up in the instructions of a casting call. If a casting director specifically asks you to prepare and perform a soliloquy, do you know what he is looking for? Do not embarrass yourself by performing the incorrect one.

This article will give you an in-depth look into what the differences and similarities of a monologue vs soliloquy are so that you are not caught off guard if it is something asked of you during an open call.

Monologue vs Soliloquy Facts to Remember

A good way to start looking at monologue vs soliloquy is to take into consideration any similarities. In this case, it is easy to realize because there really is only one similarity. That one similarity is that they each involve a solo speaker. The difference comes in when considering whom it is that is listening to the speech. This one similarity often confuses actors and they, in turn, begin to use each term interchangeably. However, the differences are important and really identify each term as its own type of literary speech.

Fact 2: What is a Monologue?

With that being said, what exactly is a monologue then? A monologue is a literary device that can be identified as an extended dialogue delivered by a singular character during a scene. They are most often found in dramatic media such as in films and in theater drama. However, many other types will implement a monologue as well. These drawn-out speeches will be delivered either to another character in the play or to the audience as a voice over signifying an internal dialogue.

One example of a monologue that you may have heard is the speech delivered by Humphrey Bogart in Casablanca. It begins, “Last night we said a great many things. You said I was to do the thinking for both of us.” And ends with a very famous and well-recognized line, “Here’s looking at you kid.” 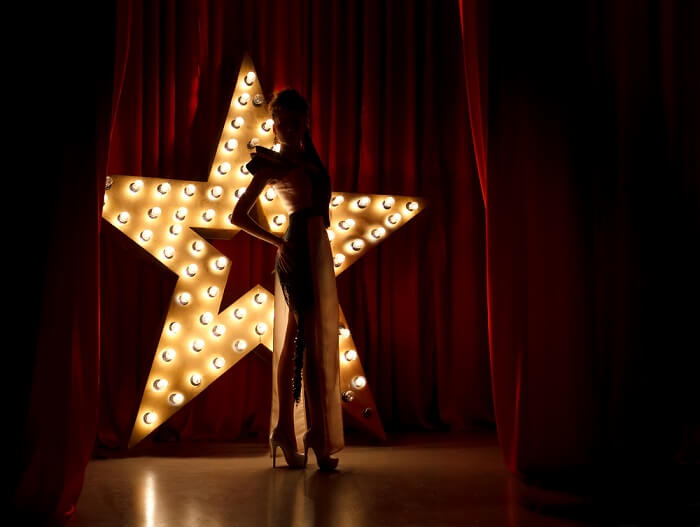 Fact 3: What Is a Soliloquy?

You will recognize a soliloquy by the fact that the actor is talking to themselves. In other words, the actor is speaking their thoughts out loud. This is often done in a play in order to give the audience pertinent information that the audience needs to know in order to follow the story. It also lets the audience in on how the character is feeling and how the occurrences in the play are being internalized.

Many famous soliloquy examples can be found in the works of Shakespeare. One very famous specific soliloquy can be observed in his play, “Romeo and Juliet.” It is found in Act 2 scene 2 and is delivered by Romeo as he stands near Juliet’s window. You will likely recognize this soliloquy by its first few words, “But, soft! What light through yonder window breaks? It is the east, and Juliet is the sun.”

In summary, what is the difference between a monologue vs soliloquy? Consider these points:

Fact 5: How to Choose the Proper Speech for your Audition

When an audition presents itself, often, unless they specifically stress that they are asking for you to use one or the other for your presentation, you can choose either one. This does not mean that it is not important to know the difference between a monologue vs soliloquy. In fact, it is quite important. Without knowing which is which, you would not know who to direct your speech to. However, you can use the same knowledge to choose both a soliloquy and a monologue. Choosing one is like choosing an outfit for a big event. In order to make the best choice you have to consider other questions such as, “What type of event is it?” and “Where is the event taking place?” Similarly, you need to think of other questions when you choose your speech so that it makes a positive impression.

Here are some things to consider in order to make the best choice for your audition:

Fact 6: How to Remember the Difference

To remember what a soliloquy consists of, think of the word “solo.” Since a soliloquy is a conversation with one’s self that they deliver out loud, solo is a fitting term to describe it. There is no “other side” of the conversation.

Monologues and soliloquy are terms people use interchangeably. It is true they both refer to a single actor. However, the listener, or who you are speaking to, is quite different. It is important to recognize the differences so that you can appropriately present a speech during an audition.

What experiences have you had that made knowing the difference between a monologue vs soliloquy very important to your presentation? Please leave any experiences or helpful information for other actors in the comments section.