The Ten Most Fascinating Monologues for Teens to Perform

Your audition is your chance to own the room and persuade the casting directors to hire you. Whether you will be auditioning for school, community or professional theater, look upon this as an opportunity to showcase your strengths as an actor. We have offered some suggestions for choosing monologues for teens in the list below. These monologues for teens are from contemporary theater and the classical stage. It can be difficult to find monologues for teens, but not impossible. We’ve also included one or two examples from literature that can be used. 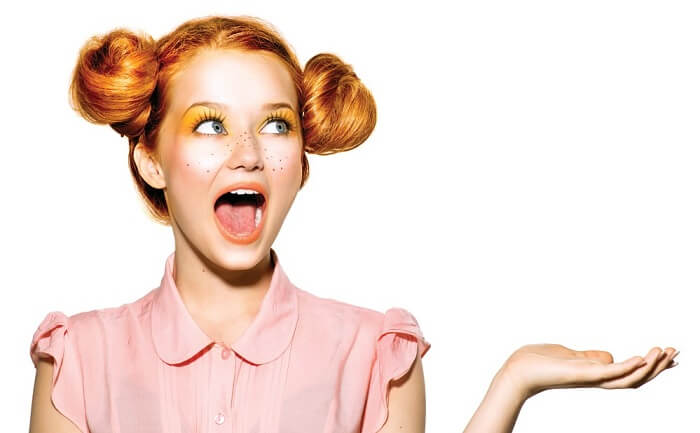 We also suggest reading the source material for the suggested monologues for teens for context. Time your monologue so it’s not too long — two minutes at the max. Cut if necessary, and remember you are telling a story here. Prepare with more than one speech. Remember not to make eye contact while performing your monologue. Imagine you are playing to the house.

Ten of the Most Fascinating Teen Monologues to Perform

Monologues for teens can be found in the works of William Shakespeare. Now Shakespeare can be a daunting choice for adult actors let alone teens. You should not let this deter you. In this play, the instinct may be to do a monologue as one of the title characters. Mercutio is an alternate choice, a character with traits in contrast to Romeo.

In a sense, this character’s name denotes a key feature of his personality. Mercutio is mercurial. He is someone who is lively and has quick mood changes. In this monologue, he has just been fatally stabbed by Tybalt, a member of Juliet’s family, in a brawl. As he dies, he displays many of his character traits including humor, anger and fear in quick succession.

Two characters in this play present opportunities for selecting monologues for teens. One character is Miranda. The other is Ariel. Ariel is a spirit who was freed from captivity by Prospero, a banished magician. As a reward, Ariel is required to serve the magician. Of course, this is also an imprisonment.

In this monologue, Ariel has returned from conjuring a storm at sea and now describes the event to Prospero. As the story is told, it’s obvious that Ariel is clearly proud of this task. The speech is full of detail and the spirit revels in its telling. Think about how Ariel feels when performing the monologue. The spirit is enthusiastic and agreeable, but is the spirit also a little resentful of its servitude?

It’s acceptable to find monologues for teens in books. In this novel, Adam is setting out to find his missing father. He decides to conduct his search by bike.

Adam is haunted by the nursery song “The Farmer in the Dell.” His missing father always said it was written about their family. The monologue begins with the line:

I got the bike out of the garage and walked down the driveway, guiding the bike before I swung into the seat.

It ends: “One mile at a time.” The monologue should build a slow feeling of dread through ordinary details. When preparing, it’s a good idea to reacquaint yourself with the nursery rhyme.

Laura’s speech begins: “I don’t do anything — much.” It ends:

They all like a change of scenery once in a while.

She is the sister of Tom, the main character in the play, who has assumed the responsibility of caring for his family.

Laura is emotionally fragile and physically frail as well. She is very self-conscious. Here she entertains a young man her mother has invited to the home. Laura describes her hobby of collecting glass animals.

Contemporary theater is an excellent source of monologues for teens. Star is a super fan of the Beatles. She wants to reinvent herself. She also has cystic fibrosis. Despite her grim situation, Star remains unafraid of dreaming, exploring new friendships and looking for potential boyfriends. Her opening monologue in the first act begins:

Excuse me, could I have everybody’s attention?

It ends with the words: “I’m just not.” This is a role that looks at serious issues in a comedic way. Star is nothing if not courageous and daring.

Taken from the novel by Mark Twain, this monologue for teens begins:

Miss Watson told me to pray every day, and whatever I asked for I would get it.

It ends with these words:

I went out in the woods and turned it over in my mind a long time, but I couldn’t see no advantage about it — except for the other people; so at last I reckoned I wouldn’t worry about it any more, but just let it go.

You can find the speech in chapter three. Huck is one of the most famous characters in American literature, a wild child with a strong sense of decency. Someone is society is always trying to tame him. Here he tries to understand why he should pray. This monologue shows a lot of Huck’s basic traits. He speaks plainly, has a kind of basic logic and doesn’t put on an act for anyone. He is also, by society’s standards, a little naive.

Two monologues for teens can be found in this play by Thornton Wilder. Its two main characters are teenagers. Emily is best friends with George Gibbs in the small town of Grover’s Corners. In this scene, she confronts him about his recent behavior. Criticism of George is a difficult thing for her because Emily is in love with him.

Notice in her speech how she balances dislike of his behavior with an obvious need to defend him to others. Her monologue begins:

I don’t like the whole change that’s come over you the last year.

The final line of the speech is:

I’m sorry if I hurt your feelings, but I can’t be sorry I said it.

The second monologue for teens in this play features the other main character George, a small-town boy. His monologue begins:

I’m celebrating because I’ve got a friend who tells me all the things that ought to be told me.

The monologue ends with the sentence: “I’ll tell Pa about it tonight.”

George is talking to Emily, the young woman who will eventually become his wife. Here he tries to explain his recent news, including an opportunity to go away to college. In this speech, his conflicted feelings about going away and leaving Emily come out as he tries to explain his decision to her and to himself and finally discovers some truths.

Wallace Kirkman is on the verge of becoming an adult. His life and relationships with girls has been affected by the death of his mother when he was six years old. In this monologue he is still trying to understand his relationship wth his mother and how, years later, this event has impacted his connections with other women including his grandmother and girlfriends.

My mother loved my father and hated her neck.

The closing line is:

There are no pictures of me inside mother’s womb, but her turtleneck is close enough.

This play is still being performed. Wendy can be seen as a foil to Peter. While he never grows up, she is very motherly in her attitude toward him and her young brothers. Here, she meets Peter for the first time and has a lot of questions for him.

Take note of her tone of sympathy for the lost boy. Her speech begins with the line: “Boy, why are you crying?” The monologue ends with the declaration: “Oh, Peter.”

These are just a few suggestions for monologues for teens. Remember to read the entire source material to get a sense of context. Also, feel free to explore other options at your local library or bookstore. Don’t neglect books and even poetry for inspiration. You don’t have to feel confined to dramatic works. Check out youth theater groups online and see what kind of plays they are staging. This can provide you with valuable clues about what kind of monologue to choose when auditioning.