How to Do Stage Makeup for Theatre and Steal the Show

When it comes to looking good on stage, actors and actresses have no choice but to do their best. Sometimes, due to budget constraints, each one has to do their own makeup. For those who are not familiar with stage makeup, it can be a bit confusing. Applying stage makeup is not at all like putting on your daily makeup – in fact, it can be quite the opposite. This is why it is important for you as an actor/actress to get a stage makeup tutorial.

The Purpose of Stage Makeup 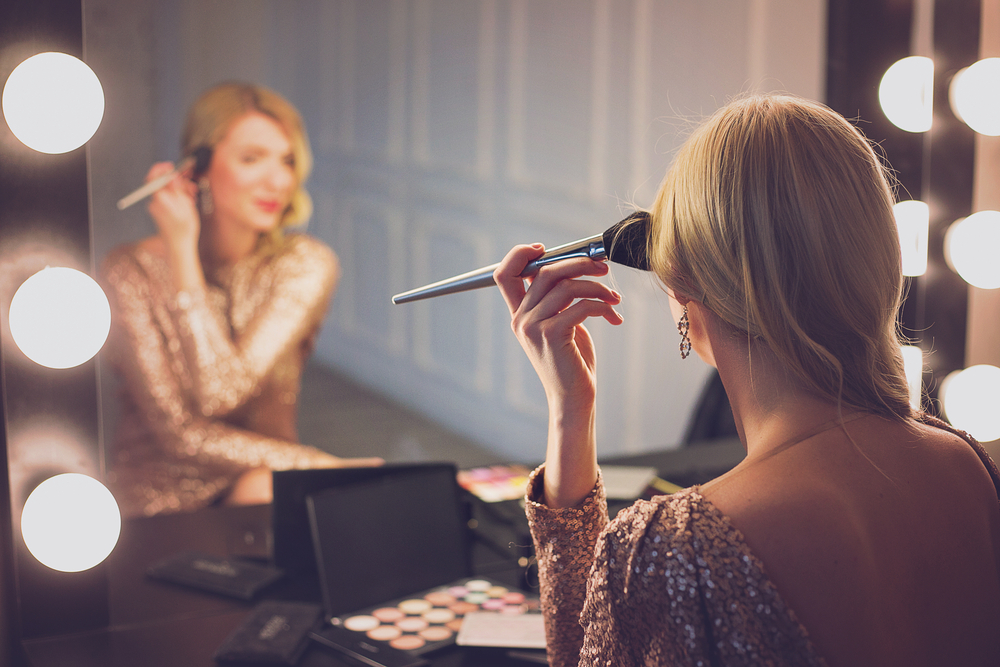 Stage makeup is a major part of any theatrical play for a number of purposes. Some of the common ones are:

1. To Counter the Intense Stage Light

2. Stage Makeup Puts You in Character

Actors play different roles. In one production you may play a young bright-eyed hip young man, the next production might have you playing the role of an elderly gentleman whose eyesight has diminished. Using stage makeup, aging is a matter of moments, and, the show goes on. Whatever character you may need to play, stage makeup makes you look the part.

3. Reduces the Distance Between Actor and Audience

A theatre stage can be a great distance away from the audience. And that distance can make it difficult for the audience to see the actors’ faces clearly. Stage makeup solves this problem by enhancing your features. eyebrows pop out more while the eyes are given a darker outline so as to make them more pronounced.

Acting is very hard work. From the performance itself to the intense stage lights, maintaining the same “smooth” look would be impossible without the help of stage makeup. For example, sweat is concealed, and so is the color drain in the face due to intense conditions of a performance.

Here are a few simple tips to help you become more proficient in the art of stage and theatre makeup.

1. Clean up. Create a clean smooth base for your makeup by thoroughly washing your face and following that up with a toner and moisturizer.

2. Use a foundation that matches the color and tone of your skin. Keep in mind that the stage light will add a “colder” effect thus warmer tones wherever possible are advisable. This, however, does not apply if you are playing a pale character.

3. Using a sponge or foundation brush, apply your base evenly, making sure to blend it well into the hairline, temple, and even the neck.

4. To counter the “flattening” effects of stage lighting, add contours and definition to your face by using a darker cream. Using a fluffy brush, apply blush from the middle of your cheeks, aiming for the area just below your cheekbone (the hollow of your cheek) to your ears. The contouring effect makes your cheekbones stand out on stage.

5. If you want to strengthen your jawline or reduce plumpness, add color in a direct, soft line of shadow from your chin to the bottom edge of your jaws. To add shadow to the eyes, use a cream along the curve of the socket. And for that wide-eyed look, add highlights by using pale cream colors to the center of your eyelids and brow-bones.

6. Because eyes are usually the focal point on the face, you have to enhance them more so they become more visible and help you portray your character and his/her feeling’s better. Line your eyes with a thin but firm line above your upper lashes and with a thinner line below the lower lashes. If you’re playing a more dramatic role, thick black lines will accentuate you well. If you’re looking for a more natural look though, browns will do a great job of emphasizing your eyes without overdoing it.

7. To enhance the frame of your face, draw firm brows and make sure to give them a high arch (and make sure they look as natural as possible).

8. The mouth, another central feature of the face, can be made more prominent by drawing a firm dark line that follows the natural shape of your mouth. As for the color, it has to go with your character, for men (and innocent women) this means a lighter shade. For the femme fatal or other women with a strong character, a darker tone will add to their dramatic look.

9. The final touch is to powder your entire face to give it a natural finish. Reapplying powder at intervals during the show can help you maintain the same fresh look throughout.

10. Make sure to remove the makeup as soon as possible after the show and wash your face thoroughly.

Now that you’re all set for the stage – go break a leg.