The Walking Dead Monologues You Need to Know

The Walking Dead is a hit show that follows a group of people through their experiences in a post-apocalyptic world full of zombies. The main characters are challenged and must survive together; creating some of the best drama on television. The plot, storyline, and characters make for great television, and it’s easy to see why the show is so popular.

This inspiring and creative show is loaded to the brim with great writing and acting. To hone your acting skills and learn some of the best lines of the show, read our list of The Walking Dead monologues found below. 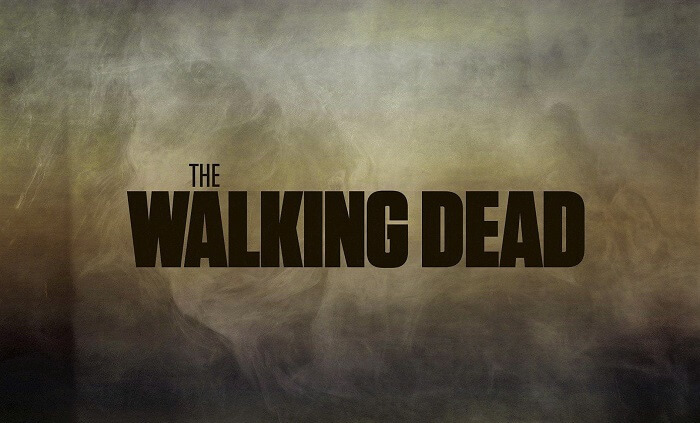 You’ll need to practice your bad-boy, psycho-side in order to master this crazy, long monologue. This speech appears in the season finale of season 6, and it’s one of the most-watched episodes in the series’ history. This the first time Rick’s group is introduced to Negan, and it’s an introduction the audience won’t ever forget.

For the entire series, the group and the audience see Rick as a source of strength. But as time goes on, the job has taken its toll. And Negan enters the picture to further bring him down. Not only is Negan’s speech scary, but it’s a little deranged as well. He is so calm, straightforward, and you can simply feel the power he exudes. In order to master this fierce speech, you’ll need to be able to master your emotions and use some serious stage presence.

In episode 12 of season 2, Shane and Rick’s conflict has reached a climax and Shane is aiming a gun at Rick. They were best friends before the catastrophe happened, but now they have differing opinions on how to lead their group. To make matters worse, Shane has fallen in love with (and possibly impregnated) Rick’s wife.

What happened, Rick? I thought you weren’t the good guy anymore. Ain’t that what you said? Even right here, right now, you ain’t gonna fight for ’em? I’m a better father than you, Rick. I’m better for Lori than you, man. It’s ’cause I’m a better man than you, Rick. ‘Cause I can be here and I’ll fight for it. You come back here and you just destroy everything!

Fans really enjoyed Shane for a while, until the pressures and fear of the world get to Shane and turn him a little crazy. His raw emotion and mild-psychosis are a great way to pull audiences in, making this one of the most enthralling The Walking Dead monologues out there.

Morgan is one of Rick’s first friends when he wakes up from his coma at the beginning of the series. In the 12th episode of the 3rd season, Rick finally reunites with Morgan. But it is not all that it’s cracked up to be since Morgan isn’t who he used to be. Morgan is angry, crazy, and super dangerous. He has devoted his entire life to clearing his current town of walkers after losing his son.

This monologue is angry, emotional, and down-right sad. There’s no way anyone in the audience won’t feel your pain. He explains to Rick the horrific tragedies that have made him become the heartbreaking man he currently is, and we cannot help but relate to him.

4. Maggie in “The First Day of the Rest of Your Life”

Season 7 brought a lot of pain, loss, and growth, and it all accumulates in the final episode. Maggie is pregnant and has struggled the entire season after the loss of Glenn (the father of her child). After being murdered by Negan, Maggie has found strength and leadership skills in herself as the group needs her more and more.

It started with both of you, and it just grew, to all of us, to sacrifice for each other, to suffer, to stand, to grieve, to give, to love, to live, to fight for each other. Glenn made the decision Rick, I was just following his lead.

In this particular scene, the entire group has found a ray of hope when Sasha sacrifices herself to give the group a chance to fight against Negan’s awful posse. When the fighting ends for the day, Maggie delivers an inspiring speech to everyone and touched audiences the world over.

In Season 4 episode 3, the audience is seeing just how hard life has gotten inside the prison where Rick and the group are living. Things are looking direr and direr by the minute, and Hershel sticks to his honorable-roots to become a hero. When a large percentage of the people in the prison seems to be infected with a deadly virus, Hershel refuses to stay away.

Even though Rick and Maggie try to stop him from helping, he simply cannot walk away knowing that he could save people or ease their suffering. It’s one of the longest The Walking Dead monologues on the list, but it is also one of the most heartfelt. If you can master this monologue with the right emotion, there won’t be a dry eye in the house.

6. Negan in “The Lost and the Plunderers”

Negan stepped onto the scene in The Walking Dead and completely set the storyline and future of the cast upside down. He and his crew are cruel and seem to be picking-off characters left and right. In the 10th episode of season 8, Carl has died (Rick’s son) and Rick has nothing left to fight for. All he is thinking about is killing Negan, no matter the cost.

I mean that’s why I killed your friends in the first place. So that you can sit there and say that you’re going to kill me, but you won’t. You failed. You failed as a leader and most of all Rick, you failed as a father. Just… give up. Give up because you have already lost.

Rick contacts Negan on a walkie-talkie to tell him that he is going to kill him. It is then that Negan delivers one of the most honest, straight-forward, and effective speeches in the show’s history. The fact that Negan genuinely felt something for Carl makes the scene and speech one of the best The Walking Dead monologues to-date.

During the 8th episode of the 7th season, the group has little hope. Glenn and Abraham have been murdered by Negan and Rick seem to be losing his faith in his own leadership. Michonne is one of the quietest characters in the series, but when she speaks she does it with strength and authority. This fact makes this particular speech one of the most remembered The Walking Dead monologues out there.

In a moment when Rick is weak, Michonne steps in to remind him who he is as a leader. After he has given in to Negan’s demands, it is Michonne who reminds him who they are and where they have come from. It is her words that gives Rick strength that as a group, they can face any challenge.

Season 5’s episode 10 brings all-time lows for the group, as they find themselves with no food, shelter, or any hope. The group’s morale is especially low after losing a few characters, and they must take shelter in a barn to wait out a serious storm. Tension, fear, and sadness are at an all-time time, and Rick makes an effort to motivate them to keep fighting.

And then after a few years of pretending he was dead… he made it out alive. That’s the trick of it, I think. We do what we need to do and then, we get to live. But no matter what we find in DC, I know we’ll be okay. Because this is how we survive. We tell ourselves… that we are the walking dead.

This monologue is one of the most personal The Walking Dead monologues on the list. It is a great option if you’re looking to emotionally connect with your audience. Rick begins his oration with a story told to him by his grandfather, which helps the audience relate to him. But he also adds some serious fierceness to remind them of their duty, with lines like “…because this is how we survive. We tell ourselves that we are the walking dead.”

One of the many reasons why people love this show is the character development. It is beyond-interesting to see where the characters have been and what they have become. In the 13th episode of the 6th season, you get to know Paula (a member of the Saviors). She is an ultra-tough female who confides in Carol, a fellow warrior.

So I was stuck with my boss. Not my family – My husband, my four girls… My boss was weak and stupid and he was going to die and he was going to take me down, too. He was the first person I killed so that I could live. I stopped counting when I hit double digits. That’s around the time I stopped feeling bad about it.

Paula may have simply let loose because Carol was pretending to be fragile so that they would underestimate her. But either way, her speech is one of the most interesting The Walking Dead monologues out there. She lets the audience in on her transformation from a meek girl to a cold warrior; both alluring and intimidating.

It’s seldom that the series brings truly happy moments; ones that bring a great big smile to your face. But Abraham’s character always seems to add a little color to each scene. In the 6th episode of the 6th season, he finally lets Sasha know how he feels. There’s been some weird, sexual tension between the two, but they are both so hardcore, it seems it will never happen.

We got beers… and air conditioning… and walls. The table is set for the rest of our lives, and I hope those years to be long and fruitful. I see that time before me… and I’ve been feeling the urge to make some plays… before the great cosmic Pete comes to cut my throat unceremoniously and I gurgle my last breath.

But Abraham finally gets Sasha alone and tells her in his own weird, awkward way that he wants to get to know her better. Sasha responds better than expected to one of the most awkward The Walking Dead monologues in the series’ history, with lines like the ones we quoted above.

This list of The Walking Dead monologues should be on your list of top-choices if you’re looking to show off your dramatic skills. Each monologue can allow you to connect with your audience and showcase your unique personality. Which monologue is your favorite?

1 thought on “The Walking Dead Monologues You Need to Know”