8 Uncharted Voice Actors Who Became More Famous Than the Game

A voice over actor’s talent is called upon by many different venues. For some, they get to bring life to characters in animated films. Others become the spokesperson for products or the powerful narrator of a biography. Still, others find work with video game franchises who become so popular that they become a very lucrative career. The Uncharted video game franchise is one such game that has experienced years of demand leading to numerous awards for both the game and its creators. Since 2007’s first Uncharted installment of “Drake’s Fortune,” Uncharted has no plans of stopping, even announcing that they are looking into putting together their fifth game in the series. This is great news for Uncharted voice actors who are involved.

This article covers some of those Uncharted voice actors who are responsible for taking a game character and giving them the life that impacts your gaming experience every time you play.

8 Uncharted Voice Actors that Breathe Life into the Characters 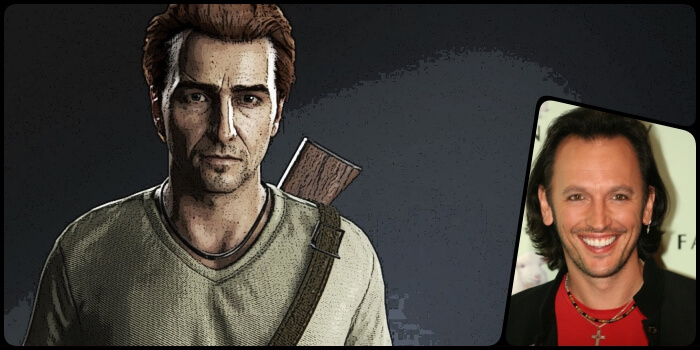 You may recognize his face on the big screen for minor roles in Spiderman 3, or from one of the plethora of television shows he has made appearances on including Major Crimes, Supergirl, or CSI. Even with his full plate in television, you may not know, he has lent his voice on more than one occasion as an Uncharted voice actor. This Scottish born actor is the voice behind Uncharted’s recurring character, Harry Flynn. You can hear Valentine’s voice in both Uncharted 2 and 3. Harry Flynn is an English wealth seeker who works for Zoran the war criminal in search of the Cintamani Stone and Shambhala. He is the secondary adversary in the second installment, a major opponent in Drake’s Deception during co-op mode, and is a playable skin in both Uncharted 3 and 4. 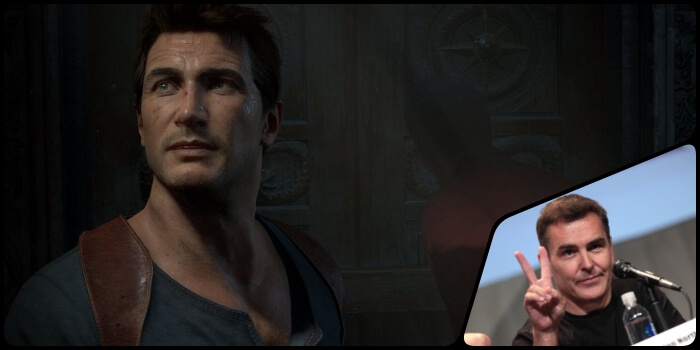 Connecticut born Nolan North has pretty much become synonymous with the main protagonist of the entire Uncharted series, Nathan Drake. He has been the Uncharted voice actor since the first installment and has been asked to continue the legacy. North has plenty of voice over experience in more than 202 titles and voicing more than 540 characters. Many of those voices are for extremely popular video game franchises that include Uncharted, Transformers, Spider-Man, and Lego. His Uncharted character, Nate Drake, is an American treasure hunter who had a tough childhood. Raised by nuns alongside his brother after his mother died of an illness, treasure hunting provides the adrenaline rush he seeks. North has even been responsible for writing a book that details the cinematic production of Uncharted 3. The book is called, “Uncharted: Drake’s journal.” 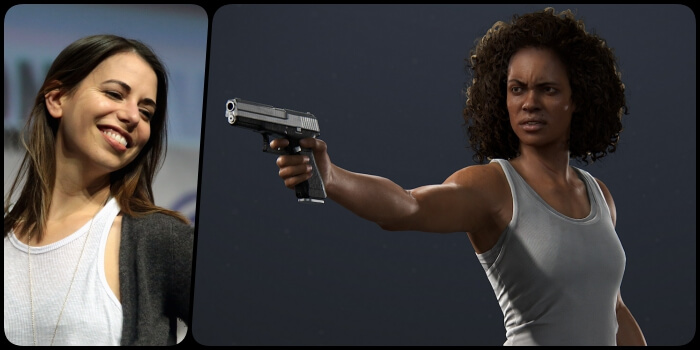 Laura Baily is one of the Uncharted voice actors responsible for being the voice behind Nadine Ross. Nadine makes her appearance in Uncharted 4: A Theif’s End as the leader of an exclusive military company called Shoreline. She hooks up with Rafe in order to find Henry Avery’s lost treasure but is met with plenty of action-packed challenges that get in the way of their goal- including Nathan Drake.

The Uncharted voice actor, Laura Bailey, is no stranger to voicing game characters. She has done quite a few including some for popular game franchises. You may have heard her in: Halo 5 as Olympia Vale, Gears of War 4 as Kait Diaz, and Selena Kyle/ Catwoman in Batman: The Enemy Within. Bailey has also done work on television for the Spider-Man television series as Gwen Stacey, and Avengers Assemble. She got into voice acting through a theater friend who encouraged her to try out. Ever since, she has made a lucrative career in the video game industry. 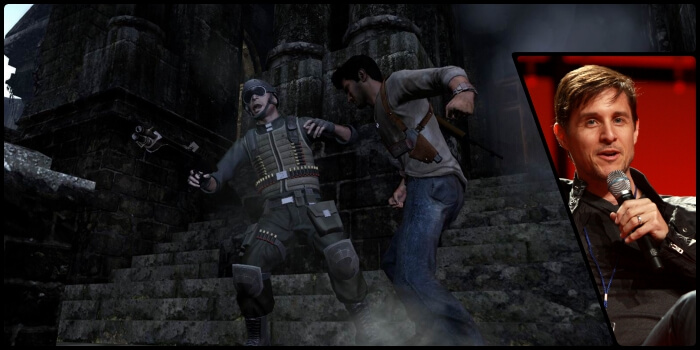 Originally born in Ohio, Yuri moved around a lot through his lifetime including throughout the United States and in Japan. He is a fluent in Japanese, French, English, and German making him a very versatile voice actor. One character he is most noted for is Ben Tennyson in the Ben 10 animated series franchise. He has also voiced many other characters for popular animated series including Suzaku in Code Geass. Though he experiences success in the television arena with over 70 voices, he has found much more within the realm of gaming. He has voiced for Minecraft, Bayonetta, The Evil Within and many others totaling around 167 characters overall.

Lowental is one of the Uncharted voice actors for the Shoreline Mercenaries in Uncharted 4, Serbian Soldiers in Uncharted 2 and 3, and the mercenaries in Drake’s Fortune. So even though he doesn’t score a leading character, he has become a very important recurring voice actor for the life of the series so far. 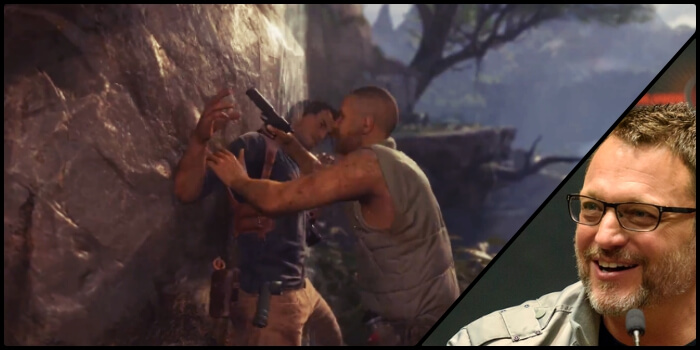 Steve Blum is an Uncharted voice actor who actually got into voice acting on accident. He worked in a mail room where he could be heard imitating crotchety old man voices. In the early 90s his breakthrough roles came to him from the Guyver animated series. Since then work has been in abundance for him in both television and video game platforms. Overall, Blum is credited with more than 830 roles in 368 titles. He has lent his voice to shows such as Transformers: Robots in Disguise, he voices Wolverine in Marvel Disk Wars, and voices multiple characters in Star Wars Rebels. His success in gaming roles is even more incredible. Blum can be heard as Killer Croc in Batman: Arkham VR, Krang in Teenage Mutant Ninja Turtles, and Tank in Call of Duty: Black Ops III.

His Uncharted characters are mercenaries and thugs in Uncharted: Golden Abyss, the guardians from Uncharted 2, and the descendants from Drake’s Fortune making him one of the franchise’s invaluable Uncharted voice actors. 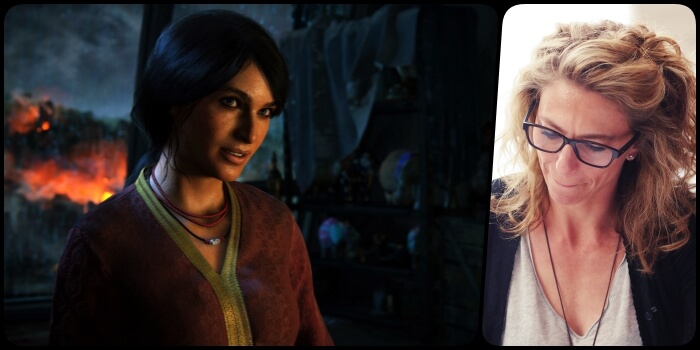 Claudia Black is one of the Uncharted voice actors for one of Drake’s love interests, Chloe Frazer. Her character interacts a lot with main Drake in order to highlight certain personality traits he embodies and create a many faceted and in depth backstory for his character. Chloe appears in Uncharted 2 and 3 voiced by Claudia in both installments. She continues as Chloe in Uncharted 4 and Uncharted: the Lost Legacy as a downloadable character. Though Black does not have a lot of acting experience herself, voice acting nor traditional, she did not let it stop her from landing this major character role that has become a recurring gig for her. Other games you may have heard her in are: World of Final Fantasy as Leviathan, Samantha Byrne in Gears of War 4, and Queen Marwan in Middle Earth: Shadow of Mordor. 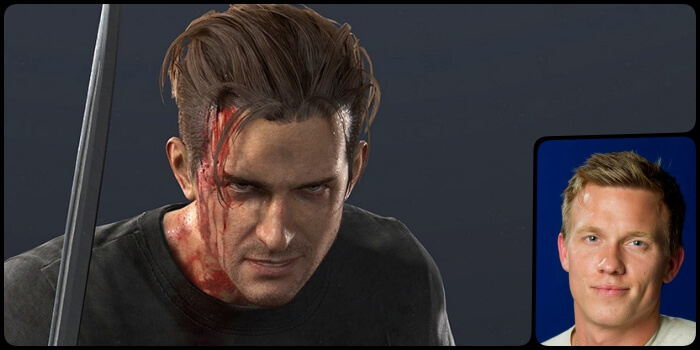 Warren Kole may be most known for his roles as the Carrier Bridge Tech in Avengers, Brian Gedge in the television series 24, and Rylan Moore in Mental. Trying his hand at voice acting for a video game franchise scored him a main part as the go-to Uncharted voice actors role of Rafe Adler. Rafe is a rich treasure hunter who knows Sam and Drake from the past. He seems to be a bit of a sociopath as he tends not to have much feeling for anyone he hurts or kills to get to his goal. Rafe initially works together with Nathan and Sam but they end upon opposing sides and are a force to be reckoned with. 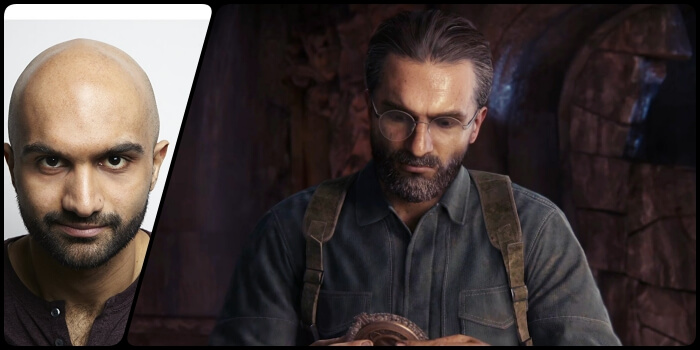 Ally has made a name for himself in his on screen acting roles for many television series such as: A Series of Unfortunate Events, Lifeline, Suits, and Veep. He became an Uncharted voice actor to represent the character Asav in Uncharted: The Lost Legacy and Uncharted 4. Asav is the leader of an Indian Military Insurgency group. He captures the main characters, Sam and Drake, while competing with Chloe and Nadine during a hunt for the Tusk of Ganesh. Later you find out he has Nadine’s former group, Shoreline in cahoots with him. Ally voices this character so well that if Asav hadn’t perished at the conclusion of the game, we are sure he would be back to voice him again.

In the world of voice acting television commercial voice-overs, animated character for film and TV, and biography or nature movie narrators are a given. Many forget to look into video game character voice acting. These Uncharted voice actors prove that whether you are a seasoned professional, just trying voice acting out, or accidentally get involved, voice acting for a video game can be a lucrative career. This is especially true if you can get into a game that becomes so popular it ends up with multiple installments. Do your best and shine to really become the character and you may be called upon to breathe life into recurring characters fora long time.