What Is a Cabaret? 10 Things You Need to Know about It

Home » Blog » Acting Career » What Is a Cabaret? 10 Things You Need to Know about It

Cabaret often gets a lot of criticism as being a lower form of theater. The point of cabaret is often misunderstood or shied away from by people who do not understand and question, what is a cabaret. However, cabaret is in itself a unique type of theater with its own atmosphere and can even make people who do not particularly like musicals enjoy a good musical cabaret.

So, what is a cabaret? What makes them different and special when compared to traditional forms of theater? This article will help clarify some of the stereotypes sometimes unfairly given to this unique form of theater and help clarify exactly what to expect from one. 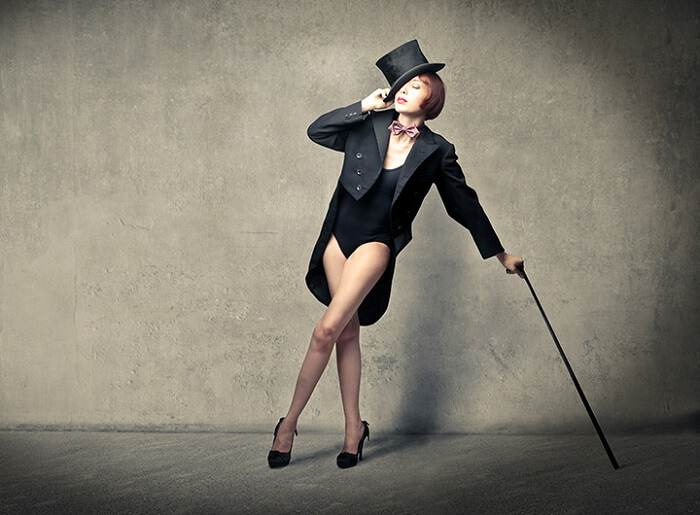 10 Facts to Explain What Is a Cabaret

A cabaret was often held in venues that were not as classy as other forms of theater. This is one major aspect that helps differentiate a cabaret from other types of theater. That major difference is the venue a show would be held in. You could catch a cabaret show in a bar, restaurant, or night club which would be fitted with a stage for the performance. The audience would enjoy the show while they sat at their tables and ate or drank during the performance.

A defining factor to cabaret is that the audience is cozy and comfortable enough to feel free to eat and drink knowing it was not something disrespectful to the actors. Venues not only wanted their patrons to feel comfortable but encouraged them to relax and eat and enjoy the show. In fact, the word cabaret is often thought to be derivative of a Dutch word meaning tavern that eventually became synonymous with nightclubs and restaurants. Here you have the trailer for the Cabaret movie in 1972:

2. No Room for Drama

What is a cabaret? It is a performance that is meant to be funny, flamboyant, and just big. Typically, especially pre-1970, they were made to simply be fun and whimsical, unlike today’s theater which often times will attempt to tackle serious political or social issues. Sometimes a cabaret will poke fun at these issues through the use of comedy. Cabaret does not follow the typical rules usually associated with traditional theater. Instead, cabaret is always morphing and presents overlapping performances. Later, cabaret would develop into its more dark and underground counterpart that is commonly associated with the atmosphere of a more modern show.

3. May Not Be Appropriate for All Viewers

Cabaret tends to carry more adult themes and messages. Thus, this is not a “musical” that sits well with every type of person and may not be appropriate for younger audiences. Cabaret will sometimes be described as an underground scene because of the inclusion of some more mature elements including drag, striptease, burlesque, and lounge-type performances. What makes a cabaret? Its ability and ultimate goal to provide its viewers with the most titillating and entertaining performance that is full of cheap thrills, many laughs, and gasps.

A successful cabaret show will not only titillate you- it will take you just beyond the social norm and its borders. What is a cabaret? Cabaret defies everyday notions of what is acceptable in society concerning art, human sexuality, and political views. This gives the performance the ability to take you out of your comfort zone and gets you to squirm a little. Getting you to experience that other side makes the performances very provocative and pleasing.

5. Becoming Part of the Experience

More than likely because of the venue, cabaret removes the”4th wall.” When you take in other shows or watch television, you are an observer. In cabaret, you may become part of the performance. The actors can and do see and hear you- and do not think they will not let you know that. Often, a performance can have a different feel from one night to the next depending on the dynamic that appears between the performers and the audience. 6. Every Rehearsal is Unique

Because of the element of audience interaction, a rehearsal for a cabaret would be difficult. Traditional theater “runs through” with or without an audience. What is a cabaret? Cabaret feeds off of that audience interaction. Thus, most times, performers will prepare for a show and go through material but cannot actually rehearse. The great result that comes from the inability to rehearse beginning to end gives cabaret shows their free feeling and playful atmosphere. It also allows for flexibility and even improv which just adds to the artistic chaos.

7. They Want You to Be Involved

That audience and performer dynamic is so important in cabaret. The performers encourage and even need it in order for the performance to be successful. That playful banter and interaction gives the entire show the cabaret atmosphere. It also fuels the actors. Without that interaction, cabaret would not be cabaret. You lose some of the playfulness and unexpected aspects that come along with it. There is also the audience mentality. With audience interaction, the entire group of viewers gets into the show making them feel as if they not only partook in the show but contributed to it as well. So, when you think of the question, what is a cabaret, think of being part of the show.

If you research, what is cabaret, you will find that it originated near the turn of the nineteenth century in France. Besides what we have come to know as cabaret including colorful and elaborate costumes that add to musical numbers and dance performances, early cabaret also might include circus acts. Later, other countries including America and Germany would embrace this new art allowing it to flourish as a popular form of entertainment. This new theater style gave birth to cabarets across France including 3 of the most popular being: Chat Noir, The Moulin Rouge, and The Folies-Bergere. In fact, of the three, The Moulin Rouge and The Folies-Bergere are still in business, with many people enjoying them. As popularity grew, some performers such as Maurice Chevalier and Josephine Baker were able to make a name for themselves.

Germany delved into cabaret almost a century after France near the turn of the twentieth century. Due to the political situation at the time, the authorities restricted and censored the shows in cabaret. It wasn’t until the 20s and 30s that they lightened the restrictions of art. This allowed cabaret to be what it should be. It took political and social issues to the stage and its audiences. Just as cabaret received a chance to flourish, the Nazi regime came to power and quickly squashed this art form as well as many others that did not support their political views. The story of the German cabaret’s rise to popularity and its ultimate decline comes as a document through the popular Broadway play entitled, “Cabaret,” in 1966.

During the beginning of the twentieth century, cabaret brought its flair and influence to American culture. Major cities such as New York and Chicago embraced this new art form. Depending on the city, musical influences of that city would become major influences within the shows. New Orleans would develop Jazz music in 1910 and it would find its way into a niche of American cabaret. Chicago added big band music and New York added its own flavor with their solo style vocals. What is a cabaret? A cabaret is an experience everyone should, at some point, get a chance to experience. It is a unique performance in a venue unlike any other. Cabaret gets you, the audience, involved and contributing to the fun. Titillating and entertaining, cabaret gets you out of your comfort bubble with its nontraditional views and borderless, overlapping performance full of art and elaborate costume. Its magic has survived the test of time and even came back from heavy censorship from government entities. You will get to enjoy everything from burlesque and possibly circus type acts to solo vocalists and different types of band music.

Have you ever performed in or seen a cabaret show? What would you say is a unique aspect of the shows? Do you have any tips for those wanting to not only partake in a cabaret, but become a performer in one? Please feel free to leave your viewpoints and experiences in the comment section to share with others.