As Hollywood ages, directors are always on the lookout for some young budding actors and actresses that show promise and talent to step in and become the next Angelina Jolie or Brad Pitt. The box office relies on big names to bring movie goers to theaters. Even then, those big names do not guarantee a huge success. In fact, you may notice many up-and-comers being paired off in some films to perform alongside big name actors. This could be a very good way for directors to get them some screen time that spotlights them and shows the audience what they can do. I am sure they gain incredible experience from the more seasoned actors as well. As a result we are exposed to a young Hollywood that can step into the scene and exude incredible talent behind the camera. Yes, many times young actors surprise us.

This article gives you a list of some examples of actors and actresses to watch as the youth in Hollywood comes forward to fill the shoes of the big stars who blazed across the screen before them.

With much experience in live acting he was able to score a role in an old Victorian set supernatural flick called, The Woman in Black. This movie gave him the opportunity to show the world he was much more than Harry Potter. He was able to successfully portray a deep and complex character helping to impressively bring in a $20 million opening day.

Jack Gleeson’s name had become well known after his portrayal of a teenaged King Joffrey Baratheon in HBO’s successful series, Game of Thrones. The character is someone we love to hate. Joffrey is a megalomaniac who is unpleasant in every way. And you know an actor is doing an exceptional job when you see him off screen and still have an inkling of distaste for him.

All that means is Gleeson’s acting job is so convincing that it is hard to separate his character from his real personality. This is because you expect him to be his character. 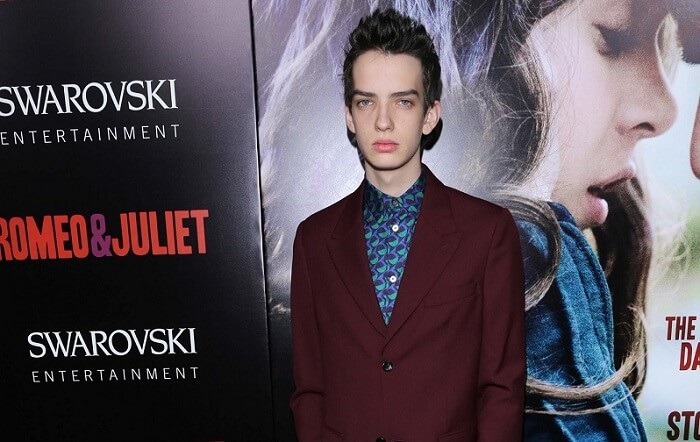 From the start, Kodi has taken his place in the list of young actors to watch with his roles in some very heavy films. In 2009, he played the son of a nameless father who together struggle to survive a post-apocalyptic wasteland seething with cannibals and murderous bandits.

Then in 2010 we see him take on the role of a mysterious young vampire alongside Chloe Moretz in a horror film geared towards a more grown-up audience. In both films Kodi Smit-McPhee gives an incredible stand-out performance. We expect to see more great things coming in his career.

Obviously we all know Kristen as the poster child for the Twilight Series. Though she seems very awkward during interviews, watching her on the big screen gives you a whole different insight into her talents. Even though many agree that the series was lacking in quality, it still made huge amounts of money in the teenie bopper circle.

Take the time to watch some films that gave Kristen some more in depth roles such as, Adventureland, Snow White and the Huntsman, or On the Road. Then, you can really see why she is thought to be one of the quickest rising young actors currently in Hollywood.

Nicholas Hoult is one of those young actors that represents constant sophistication and maturity. Hollywood has taken notice of this.

The big studios have offered him starring roles in movies like Jack the Giant Killer and X-Men First Class where he portrays a fitting role as Hank Beast McCoy. He is one to watch for on the screen.

The very young Chloe Morets amazes us whenever she graces a film. Her performances are very strong and commanding due to her ability to confidently carry herself with the air of an actress much more experienced. If she continues on her path, she will have a very productive career in front of her.

Chloe is also famous for her versatility on screen. She has been in horror films (Let Me In), A cult-ish Dark Shadows alongside Johnny Depp, even a superhero genre in Kick-Ass. As her career progresses, we are constantly seeing her in more adult roles that give her more opportunity to really show what she is capable of. The ease of which she performs these roles really gives us insight as to her imminent future successes.

There is no doubt that Saorise Ronan has made a heavy impact in the industry as one of the up and coming young actors to watch. At the age of 12, Saorise scored an Academy nomination for her role in the period set film, Atonement. She has continued to slam out incredible performances every year since, sometimes in multiple films.

You can see her giving stellar performances in movies such as, The Lovely Bones, Byzantium, and The Grand Budapest Hotel. Not only are her performances strong, but they are diverse as well making her a very well-rounded actress who seems to be capable of portraying any role thrown at her convincingly.

Another very versatile young actor is Ezra Miller. He brings an incredible performance to us as a rebellious teen who kills several individuals with a bow and arrow as an act against his neglectful mother in the film, We Need to Talk About Kevin. Ezra then turns around to portray a lovable homosexual high school student who goes through some emotional turmoil in, The Perks of Being a Wallflower.

Currently he seems to be partaking in many fantastical roles and superhero genre films such as, Batman V Superman, Suicide Squad, and Justice League. He seems to have made an impression as a perfect fit for the character Flash. Indeed, his career is just rocketing and we look forward to his coming performances.

One of the young actors that have really been thrown into the limelight is Emma Stone. She is already scoring top roles and appearing in films such as, Spiderman, The Help, and Birdman. Extremely sophisticated, she seems experienced beyond her years and has made a name for herself as a very talented and sought after young actress. However, she seems to already be one of the next names in Big Hollywood.

Her roles are very well rounded and diverse as well. The way she performs and carries herself gives her an extreme edge and we will see her starring in big roles for years to come.

It is probably not fair to list Jennifer Lawrence as one of the up and coming young actors. She was propelled into stardom and became America’s sweetheart for her portrayal as Katniss in the wildy popular Hunger Games films. Not that was where her success began. Moreover, she received an Oscar for her role in the 2012 film, Silver Linings Playbook. That in itself made her one of the youngest actresses to receive that award.

She seems to impress in superhero/ heroine type roles. You can see her in the afore mentioned film as well as X-Men Apocalypse, and pretty soon in the announced filming of Zelda. We love her in those roles even though we all know she can handle pretty much anything thrown at her with great skill. 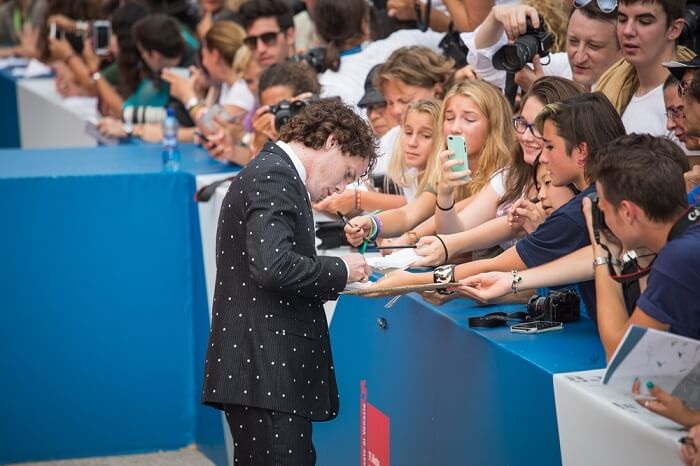 Anton Yelchin has brought all his best to the screen. Specifically in his role as a college student who attempts to hold a long distance relationship in the movie, Like Crazy. This role really gave him a chance to show his versatility as an actor. He played a very likable character who struggled with sorrow, passion, and vulnerability as he was faced with being trapped within a star-crossed relationship.

Yelchin gives such a wonderful performance that this romance becomes something much more. You can also see him giving incredible performances in the Star Trek reboot and Fright Night remake. Pair those performances with his acting in Like Crazy, and we can see a adaptable actor who is ready to bring a convincing character no matter the genre.

Hollywood is always on the lookout for the next big star. There are some big shoes to fill. So the young actors in Hollywood are answering the call with strong, convincing performances that help make them stand out. This list is not all-inclusive. But there are others on screen who bring memorable performances that make huge impacts on the audience. These young actors will become the next great performers who will continue to delight movie-goers for years to come.

Which actor or actresses do you feel are on their way to A list stardom? Which films do their talents shine through? Please feel free to leave your opinions below.