How to Choose the Best Monologues and Woo the Casting Directors

If you are an actor going to auditions, then you probably already know you will most likely be asked to perform a monologue in order for the casting director to rate your talent. Luckily, there are plenty of monologues to choose from. Not so luckily, not all monologues are adequate for all categories of actors. Maybe this doesn’t seem like a big deal now. After all, shouldn’t your talent shine through no matter the monologue? Well, even though you have plenty of talent, if you don’t know how to choose the right monologue to highlight said talent, you run the risk of getting declined for parts that you thought were perfect for you. 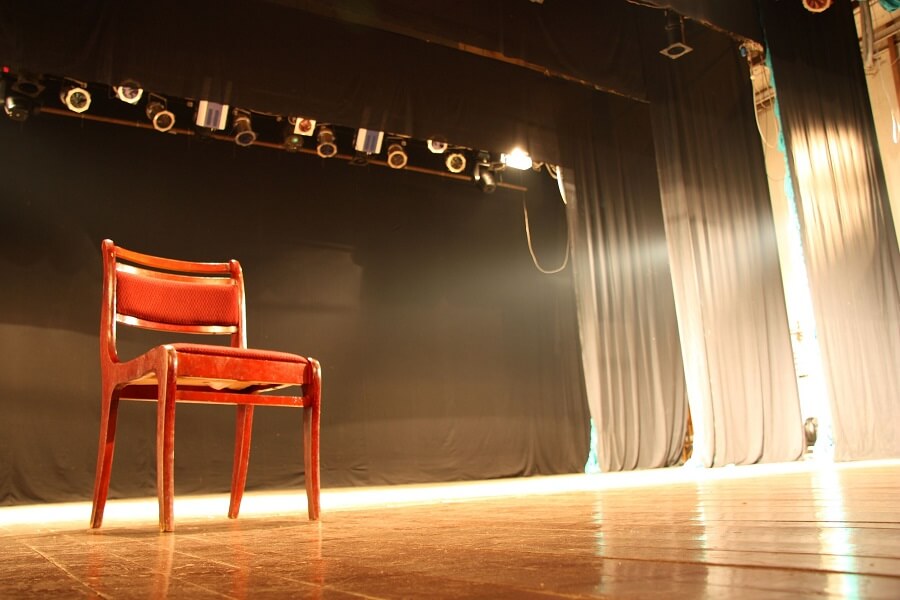 Because we want to help you out, we thought we’d create a comprehensive guide to the best monologues that you can choose according to who you are as an actor/actress. Consequently, here is what we’re going to be exploring today:

As with the rest of the categories of monologues we’re going to explore here, we decided to select three of the most famous and inspiring ones out there, one from a play, one from a movie, and one from a television show. Let’s see what these are for women.

Lady Macbeth is possibly one of the most famous female characters in theatre, which is why she was the obvious choice for a strong female monologue. There is more than one scene that you could choose from Shakespeare’s famous Macbeth, but we suggest starting with the following lines:

Was the hope drunk/Wherein you dress’d yourself? Hath it slept since?

You can then end your monologue with:

what not put upon/His spongy officers, who shall bear the guilt/Of our great quell?

Even though this monologue is slightly interrupted by a few lines coming from Macbeth himself, you can deliver it as such and allow Lady Macbeth to speak through you. In the scene we are referencing here, Lady Macbeth accuses her husband of changing his mind and not wanting to kill King Duncan any more. This famous monologue is definitely a great choice for an actress, especially if you are auditioning for a play with a Shakespearian feel.

In what concerns monologues for women coming from movies, we thought about one given by Sarah, the main character of Harold Pinter’s The French Lieutenant’s Woman. In this particular scene, Sarah Woodruff (played by Meryl Streep) struggles to explain to Charles (played by Jeremy Irons), why she is regarded as an outcast. The monologue starts with:

You cannot understand because you are not a woman.

The emotional scenes then ends with the impressive line:

I am hardly human anymore.

The entire scene is quite dramatic, and the reasons Sarah gives for her isolation are definitely powerful. Overall, this is a great idea for a monologue, because it feels like it flows naturally, with short, yet unforgettable sentences. 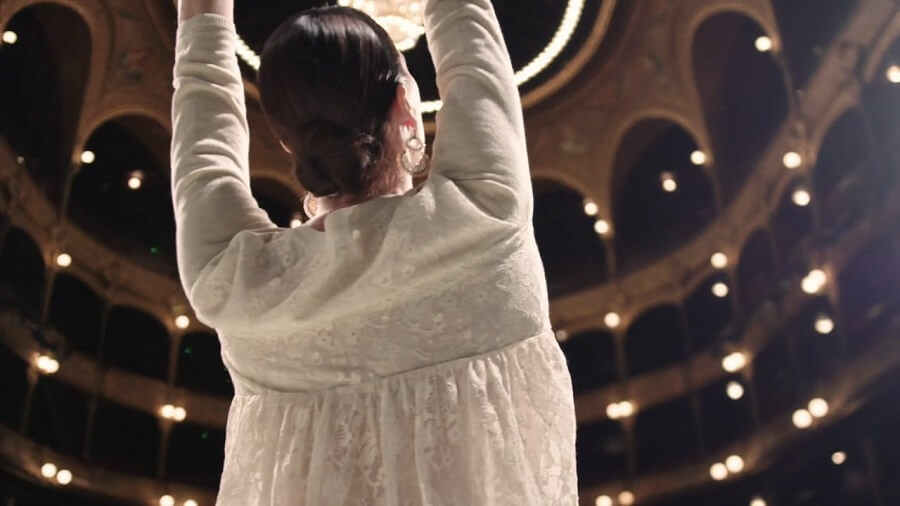 Claire Underwood from House of Cards

Probably one of the most impressive female characters on television right now, Claire Underwood from House of Cards provides actresses with plenty of great monologues to choose from. However, a particular one has stuck in our mind, and we wanted to share it with you too. This is the moment when Claire manipulates one of her former employees, wanting to prove to her that she will always have the upper hand. We must warn you that Underwood’s words can be interpreted as quite brutal, but if you want to make an impact on your next audition, you should definitely consider this monologue.

You probably can’t think famous monologues for men without considering one of Goethe’s trademark monologues. That is why the obvious choice for this category seemed to be one of Faust’s well-known monologues. We are talking here about the one that starts with:

In misery! In despair! Long wretchedly astray on the face of the earth, and now imprisoned!

The misery of this single one pierces to the very marrow of my life; and thou art calmly grinning at the fate of thousands!

There is no possible way in which you can go wrong with this classic monologue that screams with passion, despair, and wretchedness. Performed properly, it can make the difference between you getting the part and someone else snatching it.

Touching upon some of the best male monologues that you could prepare for an audition, we considered one from the well-known movie Gone Girl. In this scene, Tommy O’Hara, a man Amy Dune dated before she married Nick, tells Nick about the time she accused him of rape. The monologue is at times interrupted by Nick’s remarks, but it can be performed as such with no problem whatsoever. Even though it contains some explicit language that can be quite visual at times, the dramatism of the scene recommends it as a great monologue for men. It is short, yet effective, and it will most definitely make an impact on the viewer.

If you’ve been on this earth for two seconds, then you’ve probably heard of HBO’s acclaimed Game of Thrones. This television show is a goldmine for exquisite monologues, so you have plenty of options to choose from. However, allow us to recommend you one delivered by one of the most loved characters of the show, Tyrion Lannister. This monologue is delivered in season two, during the battle of Blackwater Bay, and it is a truly spectacular rally speech, which is made although more impressing by the fact that no one expected Tyrion to be the one to deliver it.

Even though the speech is rather short, it comprises the essence of the show, and it can be a great option for a concise, yet powerful, monologue for men. 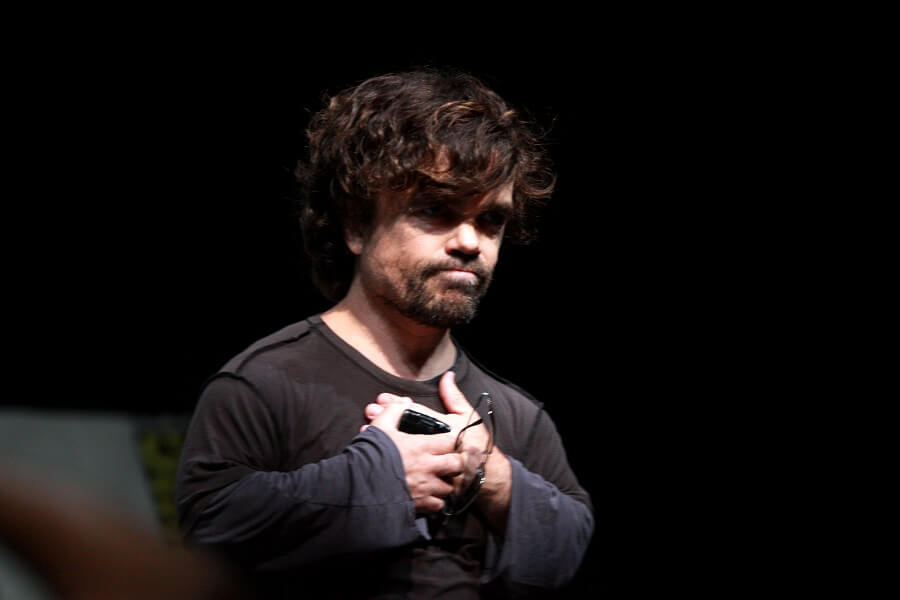 As you’ve probably already predicted, if one had to choose a famous monologue for teenagers from the world of theatre, Shakespeare’s Puck would be the best way to go. So if you are not yet tired of us talking about Shakespeare, bear with us for this exquisite monologue as well. The monologue we are referencing here is the final one from A Midsummer Night’s Dream, probably the most famous too, in which Puck directly addresses the audience, ending the play on a cheerful and playful mode, as we would expect from him. The monologue starts with:

If we shadows have offended,/Think but this, and all is mended,

Finally, Puck ends the play with the words:

So, good night unto you all./Give me your hands, if we be friends,/And Robin shall restore amends.

The monologue is short and easy to learn, yet it can convey a multiplicity of emotions if one knows how to interpret it properly, which is why it is one that won’t fail you at an audition.

Isaac from The Fault in Our Stars

The movie made after the acclaimed novel by John Green has brought millions of fans to tears, and other millions of girls swooning over the main character, Augustus Waters. However, it is not one of his monologues that we have in mind for you today (although he does have a few good ones himself), but one given by his best friend Isaac. In this scene, Isaac is rehearsing his eulogy to Gus, in front of his friend and as per his request. The monologue brings us from heartbreak to amusement, and nostalgia, and it manages to capture the essence of their friendship perfectly.

Finally, we’re reached the end of our list of monologues, and we’re definitely ending it in style. For the people who have watched the television show Gossip Girl, Black Waldorf is probably their Queen B, and with good reason. Truthfully, some of the best monologues of the show have been given by Leighton Meester, the actress playing the aristocratic Blair Waldorf. Today, we thought we would suggest a scene where Blair goes to confession, and provides one of her funniest, most sarcastic monologues, that remind us why we fell in love with her in the first place. So if you are on the lookout for such a monologue, you might want to check this one out.

The acting world is full of brilliant monologues for every occasion. However, the trick is to know which one is the best for you. After all, what you want to do is put your best qualities up front. We hope our guide to some of the best monologues for women, men, and teens, will at least provide you with some inspiration as to what you want to prepare for your next audition. No matter what you decide upon, just remember to come prepared and research the character a bit, so as to get a better feel of the entire monologue. All there’s left for us to do now is wish you the traditional “break a leg!”