The wondrous world of improv theater is a stage of its own when it comes to acting. It’s where some very gifted and inspired actors take to the spotlight to sprout out a collection of the most impressive, quirky, and avant-garde stories they can come up with. The following rundown of 10 lessons from improv theater will show you what really counts for a true performance extraordinaire.

A spur-of-the-moment gag, a sudden twist of the wrist to render a fellow character obsolete – nothing awes more than when the plot stops following traditional patterns. So what can we actors get out of this? Do the secrets of this ancient art become more vibrant once we direct our eyes to the magical world of improv theater? Let’s find out! 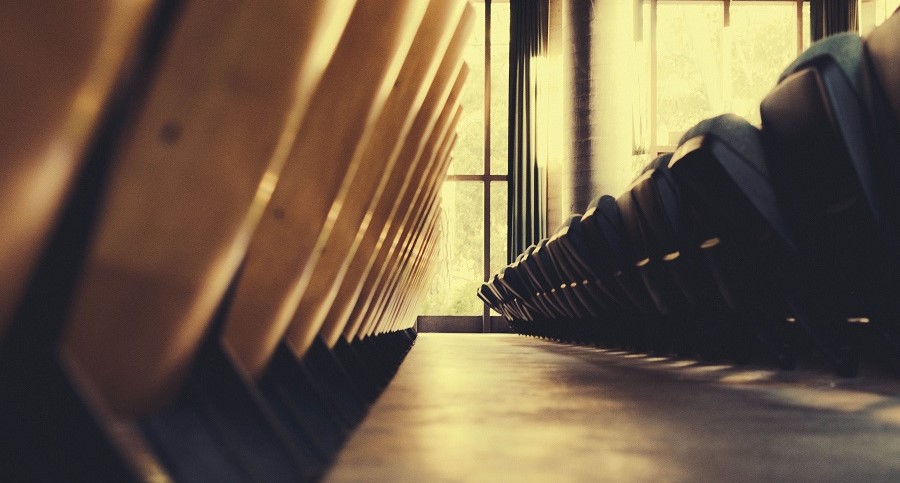 10. How to Improve the Basic Understanding of Specific Characters

When what you’re doing is creating new, interesting characters on a daily basis, it’s pretty easy to come to know the mechanisms by which social interactions function. Thus, for a scriptwriter, this could also prove invaluable. However, actors could kick things up a notch and make the public better understand their role through finely-tuned acting.

As an actor, it’s important to go to some improv shows from time to time. This could develop your mindset and open your imagination to new possibilities. Uncanny plot twists are made better when the actors fully comprehend what it is they’re actually stuttering about.

9. How to Develop the Narrative Naturally by Letting It Flow

Getting a part is, of course, the tiniest of steps up the mountain of a performance. As a professionally trained actor, one would also have to understand how the narrative works and what the role of his or her character will fill in. Try to imagine Othello with the actor behind Iago barely understanding the layers of the plot. Not good.

Improv theater adds a bit of pizazz to this by painting a world spontaneous. People are free to rationalize, empathize, and converse in truthful, authentic ways – delivering hard feelings in the rough. No boundaries. That’s where all the buildup just bursts out, human connection taking center stage.

8. How to Portray Believable Characters that Go Well Together

Ever wondered how the great actors we see and admire manage to deliver such lifelike performances? No, the answer is probably not improv theater, but it could be. Improv teaches us that, even though friends in real life, a selection of actors can interpret wildly different relationships every other night.

This procedure, a staple of improv, can make us see the beauty in acting once more while revealing the undertones of human morality at the same time. Sure, improv may not be that complex oftentimes – especially when the band of actors is itself semi-improvised. However, the gist of it still transpires when you’re in the audience, all you have to do, in my opinion, is know how to watch. 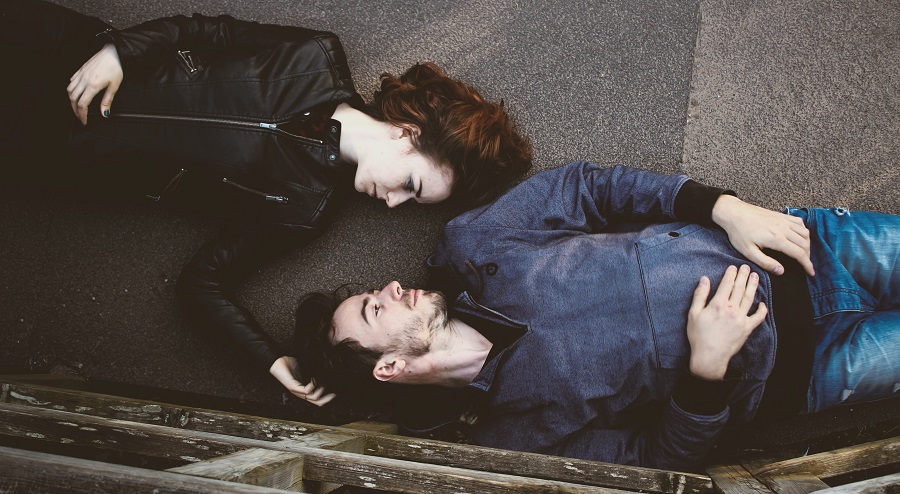 7. How to Read and Understand a Story for Maximum Effect

Let’s face it, people: not all actors know how to read the script properly. It’s not something we should scorn, of course. It’s only human, after all, and most of us have probably had one dull and agonizing experience with some novel at least once. Through improv, an important lesson to get would be how to skim through a script, memorizing the feelings behind the dramatic moments that ensue.

Complicated? It’s art. Let it be so then! The bundle of research seems to agree that improvisational theater has the difficult job of building this art from thin air. Brian Magerko and Allan Baumer of Georgia Tech’s Adaptive Digital Media Lab argue that:

Improvisational actors have the daunting task of constructing a story for an audience in real-time without the benefit of explicit coordination or pre-planning. […] Improv theatre, therefore, is a real world example of what some interactive story researchers attempt to accomplish – an adaptive, story-rich experience that has high agency for all members involved.

6. How to Use the Environment to One’s Advantage

And this is just another meaning assigned to improv theater actors’ agency. Within improv, everything is permitted (in a broad, socially acceptable sense anyway) – so using the environment is not just something adjacent. It’s a marvelous piece of the puzzle, but one where the edges are yours to control. You being the actor, of course.

Too many actors, whether they be film, TV, or stage actors, are not used to paying close attention to the objects in the room. However, brilliant actors do their environment justice. A few famous examples include: Leonardo DiCaprio in Django Unchained, Woodie Allen in most of his movies, and the disturbingly traumatic rape scene from A Clockwork Orange.

5. How to Deal with Changes in the Script

Few scripts remain untouched for the whole filming process of a movie. To give a popular and apt example, Bojack Horseman, from the Netflix series of the same name, finds himself in an awkward situation in the middle of the second season. A struggling actor, Bojack manages to land his dream role as Secretariat in a biopic. However, things quickly run amok as the writers and producers constantly change the script. At one extreme point, they even have Secretariat saying just “tru dat” for the whole duration of the movie.

However, as we learn from the final version, the people in charge eventually come to their senses. Would Bojack have stuck around for the production, he would’ve done a great job. Unable to deal with the changes, though, he leaves for New Mexico – but that’s enough spoilers. Point is – the script is never final. It’s always going to change. The best any actor can do is try to play the part as best as he or she can.

4. How to Reveal Fundamental Character Flaws, Changes, or Qualities

It’s been proven that improv theater is a great method of psychotherapy. Also known as improv therapy, this is a great way by which psychologists can get to the bottom of a patient’s issues. So, if you as an actor try to apply improv to a character you already know, you’ll end up behaving a lot like the person you’re playing.

Often used in TV as a way for the cast to enter the skin of their characters, improv theater is a great channel for delivering those twists that we live for. Whether it’s a dark moment where the audience finds out you killed someone, or a funny, revealing, or quirky one, it all needs to be acted out perfectly. Above all other types of characters, villains stand tributes to the actors that played them, who managed to twist their minds in such ways as to understand their part.

3. How to Work with Specific, Nagging Constraints

Constraints always show up in acting. Whether they’re physical constraints, environmental constraints, or moral, character-defining constraints, we can’t deny that they’re nagging. However, improv theater is a great way by which to exercise this. Whether playing or watching some other improv actors, working with constraints is extremely difficult, yet extremely rewarding when you pull it off.

Furthermore, it’s important that sometimes we stop thinking of constraints. Al Pacino’s portrayal of a blind person in Scent of a Woman remains a point of reference for actors everywhere. That’s because Pacino never thought of blindness as a constraint, but as a way to give Frank Slade some substance.

2. How to Deliver a Complete Act and Bedazzle the Audience

A strong point in every performance, of course, is given by the completeness of the act. We’re not just talking dance and song, wild soliloquies, and flicks of the wrist. We’re talking all of these combined. A good actor, no, a great actor knows how to weave an intricate tapestry of movement, notes, words, and expressions.

Improv theater is the place to go (literally and figuratively) for taking lessons on a complete performance.  Some of the best actors of this niche are experts in the full spectrum of acting. Always keep them in mind as a potentially limitless source for inspired acting.

1. How to Improvise Lines and Make Your Character More Real

Improvised lines are the cherries atop each movie, TV series, or play. Whether comedic or dramatic, these serve as moments of serendipitous authenticity within the scripted bulk of the piece. What would we do without famous examples like take the Cannoli? The world would be a sadder place, honestly.

So, of course, it was bound to be on this list. Improvising lines is the best thing to get out of improv theater. Some actors, masters of their art, went so far as to improvise whole character-defining moments – such as Robin Williams’s famous quote in Good Will Hunting – incidentally the top spot on our list of great audition monologues.

Are You Talkin’ to Me?

So, what’s your take on improv theater? Would you like to try it? Have you seen any actors try it? If so, let us know how it went down in the comments section. Whatever your answer, we can’t deny that improvisation is sometimes key to making a movie, turning words on a page into lifelike moments, seeping genuine emotions into the hearts of the audience. I think we all have something to learn from improv, even those who just act out their own lives.

All images taken from unsplash.com.