The 1920s silent films are a thing of wonder. Yes, I used the present tense because even though the era passed nearly a century ago, that era in filmmaking was one of the greatest the film industry has ever seen.

The Silent Films – The Golden Age of Film

The era of the silent films only lasted a decade-long – from circa 1910 to the late 1920s. Although the era was short, it made a very big impact on the film industry, an impact still being felt today. Called the silent films because of a lack of synchronized sound recorded to accompany them, silent films communicated with the audience by means of gestures and cue cards.

Silent films became so popular the led to the studio system and production line system of creating films. Due to the demand that was there, producers had to produce a lot of films in order to keep their fans happy. In fact, 800 silent films were produced per year in this era, and that’s a lot of movies. Today, 500 films per year would be a great achievement.

This decade was indeed the golden era of silent films – from production to profit. The industry was rising fast and with it the actors that kept the masses entertained. Stars were born.

There are some notable actors the movie industry will forever be grateful to for the contribution they made to the industry. We will look at 3 of the many silent film stars to whom Hollywood owes a great part of its success. 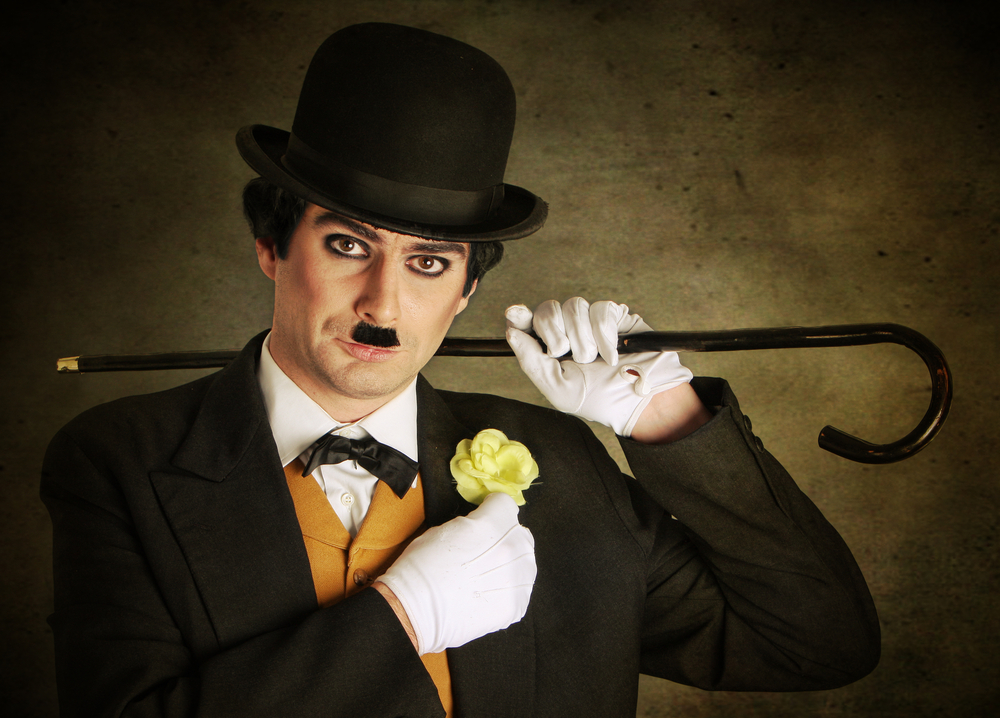 Charlie Chaplin is undoubtedly the most famous and successful silent film star ever. Born Charles Spencer Chaplin in 1889 and from a poor London family, Charlie’s rise to stardom was nothing short of miraculous. But once at the top, it was probably his perfectionism that kept him there. Charlie’s most famous character is the persona he played in most of his films – the Tramp, while one of his greatest movies is “The Great Dictator”, which satirized Adolf Hitler. The Great Dictator is one of the best silent films ever produced, and possibly the best film, period.

Charlie Chaplin was not just a great silent film actor but a very gifted director, producer, and composer. In 1919, Charlie co-founded United Artists, a distribution company that helped him gain control of his movies.  So great were Charlie’s achievements that the British Empire knighted him in 1975, 2 years before his death in 1977. Charlie Chaplin will always be remembered as one of the greatest filmmaking geniuses of all time.

Buster was literally born on stage, his acting career having started at the tender age of 3. Born Joseph Frank Keaton in 1895, he was nicknamed Buster by Harry Houdini, who was his father’s business partner. Buster’s stone-faced demeanor earned him another nickname, the Great Stone Face, and ironically enough, it is this same stone-faced demeanor that added to his comic nature.

Buster Keaton may have been one of the youngest silent film actors, but he was definitely not to be taken for granted. He was cinematically inventive and in more ways than one, used his creativity to help produce films that were critically acclaimed. Some of his best silent movies include “The General”, “Sherlock Jr”, and “The Cameraman”.

Unfortunately, Buster failed to transition into the “talkies”, or sound films, and his star quickly came crashing to the ground. But fighter that he was, he recovered in the 1940s and enjoyed success again until he died in 1966. His achievements earned him an Academy Honorary Award.

Born in New York in 1864, William Hart spent his growing life traveling the 19th century west with his father who was an itinerant miller. Unbeknownst to him, these years in the west would form a great part of his acting career. William spent most of his acting career on Broadway (from his early 20s) until he transitioned late in life at age 49 to film. It was here that his profound knowledge of the west helped him create realistic films of the old frontier.

Because of his late entry into the silent films, his star shone for a short time, from 1914-1925. In this time, some of his best silent films were “Hell’s Hinges”, “The Toll Gate”, and “Tumbleweeds”, his last film. William was the pre-eminent silent westerner and paved a way for many other western themed silent movies. William S Hart died in California on June 23 age 81.

Most of the silent film stars of the silent film era are dead, but their legacy still lives on – and it certainly isn’t silent. The movie industry wouldn’t be where it is today had it not been for the creative genius and artistic prowess of these great men and women who made silent films the success they were.