The Simple but Powerful Effects of Using Soliloquy in Plays

When it comes to a good theatrical play, there are many powerful devices used to tell and enhance the story – apart from the acting itself. One such device is a soliloquy. Not an easy word for sure but its function in a play is simple – to give the audience a glimpse into what a character is feeling, planning, or motives for doing something. Oh, you’re still wondering what a soliloquy is? Sorry about that, let me explain it.

Soliloquies are a technique that has been in use for centuries but were made famous by one of the greatest playwrights of all time – Shakespeare. Shakespeare made soliloquy a very poignant part of his plays, leading his audience to have a deeper understanding of the play.

Let’s take a look at some great Shakespeare soliloquy moments and a few tricks of the trade you can learn from them.

The last scene in Shakespeare’s classic play, Othello, opens with a soliloquy from Othello himself. Caught between an emotional and moral rock and a hard place, his soliloquy is more of an attempt to justify himself of the heinous crime he is thinking of committing – murdering Desdemona. Having been deceived by Lago to believe that Desdemona was unfaithful and having fallen under his own jealousy driven delusion, Othello, in his soliloquy, tries to convince himself that he will be doing the world a favor by killing Desdemona – making him a hero.

But as he continues to soliloquize, it is evident that Othello is caught up between 2 contrasting feelings – hate and love. And in the end, he convinces himself that killing Desdemona is not the best course of action.

One of the greatest effects Othello’s soliloquy has on the audience is to take them on the same emotional roller coaster that he is on. This effect cannot be achieved by acting alone – it needs a soliloquy to give it that emotional power. 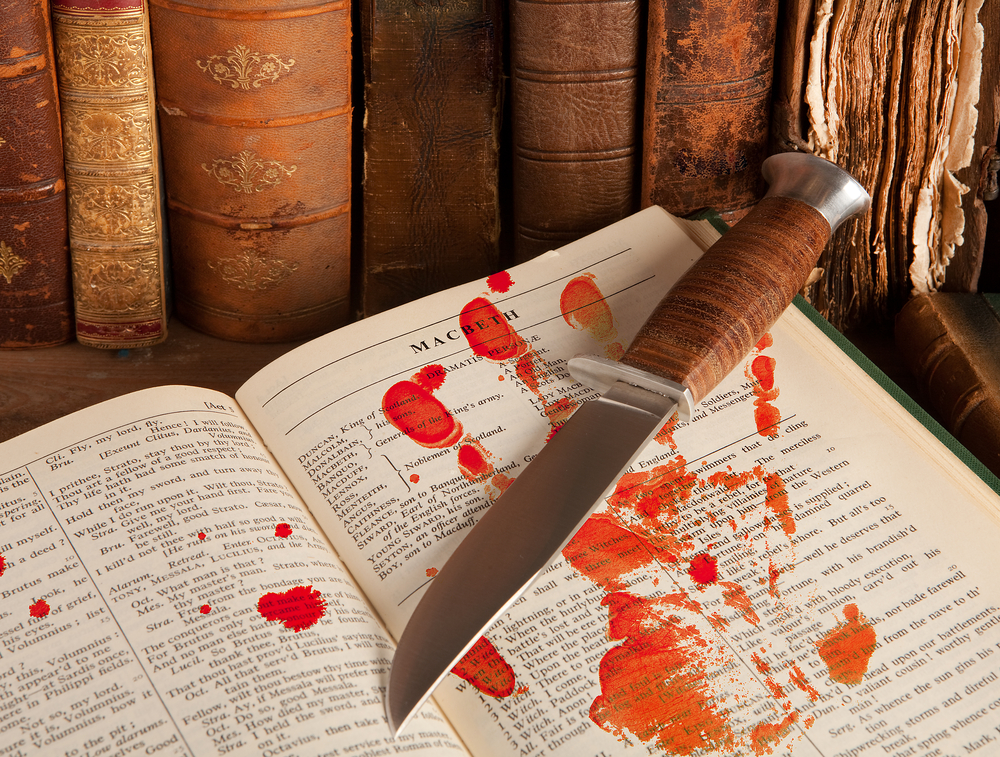 “Is this a dagger which I see before me,

The handle toward my hand? Come, let me clutch thee.

I have thee not, and yet I see thee still…”

This is probably one of the most famous soliloquies in Shakespearian plays. As Macbeth hallucinates about a bloody dagger prior to killing King Duncan, he starts describing what he sees. He wonders whether this is the instrument he is to use for his vile act but realizes it is only a vision when he tries to touch it and his hand goes right through.

Props can only paint a picture to a certain level – they are limited. Macbeth paints a vivid picture of what is going through his mind by the simple use of words.  Without his soliloquies, we would have no sympathy for Macbeth and the heinous acts he carries out, but his soliloquies redeem him by showing his human side – his remorse and motives for what he does.

Soliloquies in Romeo and Juliet

A look at Shakespeare cannot be complete without at least mentioning Romeo and Juliet – the poignant love story that gripped the world and will continue to do so for a long time. And if there is something that is difficult to portray in a play, it is the affection of love. And this is where Shakespeare shows his mastery of storytelling by using soliloquies to get us in tune with the powerful emotions being expressed. To do this he uses a technique called antithesis, the use of contrasting words to bring out a deeper expression of words, to do this.

Soliloquies are an excellent way of triggering emotions in your audience. Using the right words, you can connect the audience to any character in your play.

A soliloquy is a simple technique that is used to develop character, plot, and to lead the story in a certain direction. Simple as it, it has a staggering effect on the play and the audience, so much so that the technique is also used in modern film.