Top 10 Funny Monologues to Inspire You

Monologues are memorable moments in an actor’s career in which all eyes are on them. Many actors’ and actresses’ careers can be made on their monologues. Not only does it allow actors to show off their immense talents, but also to connect to their audiences. Monologues can be inspiring, serious, or funny. Sometimes, they can be all three. 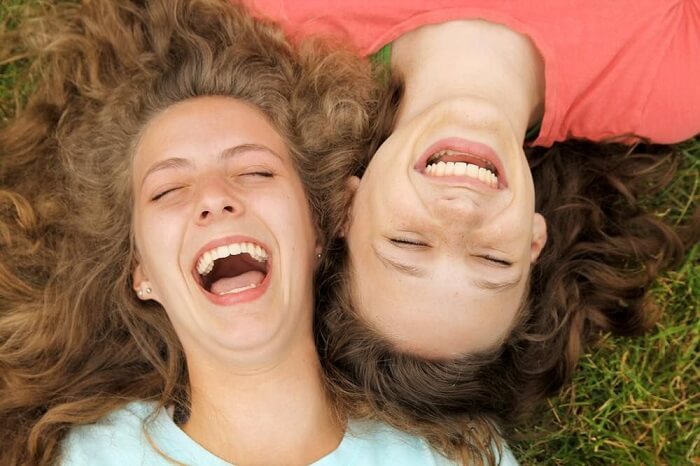 Below you will find 10 funny monologues from TV, films, and plays that not only show off your comedic acting skills, but also give you a little inspiration. Comedy can make you smile, laugh, cry, and leave feeling more inspired than ever. Whether you’re looking for wit, sarcasm, satire, slapstick, or farce comedy, there’s something here for you to try.

1. “The Importance of Being Earnest”

This monologue comes from an Oscar Wilde play and is designed for females. In this scene, Lady Bracknell is expressing her extreme disappointment over the idea that her nephew is going to leave to take care of another character. Lady Bracknell has a tremendous impact on the audience in this play; being the main tool of both satire and conflict.

The overall feel of this monologue is complaining and mocking, allowing you to add in your own air of sophistication and sarcasm. The play is set during the 19th century, so the monologue allows you to show off your comedic skills in a classic and professional manner. Lady Bracknell is both funny and unique.

In this hilariously-romantic film, Adam Sandler wants nothing more than to never fall in love. But when he falls in love with Lucy, everything changes. Sandler’s character Henry begins allowing Lucy into his life more than any other person, but never loses his great sense of humor. One scene in particular features Henry telling Lucy how his grandparents met in an adorably-cute monologue.

Henry passionately explains the love of his grandparents in a naturally inviting way; adding in, “I embellished a little. They met in a donut shop” at the very end to relax the mood and bring laughs. His monologue is funny, ut in a cute, awkward way. When performed properly, this monologue has a feeling of inspiring love, wit, and sarcasm.

3. “The Marriage of Bette and Boo”

If you’re a woman looking for a more straight-forward, comedic monologue, this could be the one to inspire you. The monologue featured in the scene in this play written by Christopher Durang is performed by Bette. Bette is a young woman (20s-30s), who addresses the audience as if they were her friends. She has a personality that allows her to assume everyone likes her and an airheaded attitude attached to her.

The immature Catholic girl is hilariously ignorant of the world around her, with simple ideas and the thought-process of a child. She has gotten married to her alcoholic husband Boo, too early in life and hilariously describes her experiences to the audience in this crafty, original monologue.

Not many adults can go through their entire lives without seeing this classic holiday movie featuring Chevy Chase. Chase is one of the kings of the comedic world, and each scene during this film is pure, comedic-genius. Chase’s character Clark loves Christmas so much that it drives he and his family to the brink of disaster. Punch-line after punch-line, there are numerous hilarious parts of this script.

One scene in particular features the raw comedic talent of Chevy Chase as he goes on an epic rant. After discovering he was getting stiffed by his boss, Clark finally snaps and goes on a fast, witty rant involving a lot of loud, hilarious adjectives. For men wanting to show off their slapstick comedy skills, this monologue does the trick. Be sure to practice away from young ears however, since the monologue is appropriate for more mature audiences.

This hilarious movie shows off the comedic talents of multiple actresses, including the wonderful Melissa McCarthy. McCarthy’s character Megan is a funny, abrasive tomboy that speaks her mind and doesn’t care what people think of her. She’s a little awkward, but genuine. As rough-and-tough as Megan is, she cares for her friends and tries to help one in particular with one of the most up-front, honest, funny monologues in female comedy history.

Megan speaks to another character about her own life in order to show her sympathy and compassion. She does this in a hilariously awkward way, however, not-so-subtly telling her friend the truth about her own actions. Megan essentially tells her friend to suck-it-up, in her own funny, friendly way. This monologue leaves you feeling warm and fuzzy inside; from the comedy and the love.

If you’re looking for funny monologues that are on a more classic level, William Shakespeare is the king of classic, subtle humor. This play is fun, unique, and features comedic characters like Puck. Puck, a servant of King Oberon, is a beloved character with an air of sinister-fun. His monologue in Act II, Scene 3 consists of an anxious, clever ramble to King Oberon in which he tells his king that Titania has fallen in love with Bottom.

William Shakespeare’s works inspire anyone who has the luxury of hearing them, and even though their Renaissance-style may seem stuffy, each comedic monologue renders laughter and thought when performed correctly. Puck is traditionally played by a male, but this monologue could be suitable for showing off the comedic talents of both men and women.

Episode 10 of season 3 of “The Office” is pure comedic genius. Steve Carell, who plays Michael, delivers one of the greatest, shortest, funny monologues in TV-history. The key to his comedy is the emotion in which he delivers this awkward monologue, since the episode revolves around his fresh break-up with his girlfriend.

Not only is the speech awkwardly funny, but semi-inspirational as Michael talks about “bros before hos.” He speaks about the ever-lasting presence of friends over girls, while hilariously showing his obvious heartbreak at the loss of his relationship. This monologue reeks of emotional comedy; a situation and character we can all relate to.

Joan Cusack’s character in this film is crazy, but hilariously so. Debbie is manipulative, snooty, gold-digging, and funny in a sadistic way. She is known as the “black widow,” for her reputation as a husband-killer. When she finally makes her move to murder Uncle Fester, his family keeps interfering with her plans.

In one of the most neurotic, funny monologues, she shares her past and the truth about the murders of her husbands and family. She hilariously shouts about her reasons for those murders, listing things like not receiving a Mercedes and a Ballerina Barbie as legitimate excuses. While the Addams family certainly contains their own macabre sense of humor, Debbie’s monologue takes psychotic-comedy to another level. This monologue is both poignant and funny.

Barbara Stanwyck is a gem in this early 1940s classic. At a time when women were only considered to be two things in movies, silly or serious, this monologue set the stage for future actresses. Beautiful Jean spots a handsome man across the room and begins a classic, elegant speech about what she believes his thoughts to be.

Jean is saucy and funny, but also smart. This monologue makes audiences laugh because it is hilariously written and performed, but also true. Stanwyck lends a performance that keys in on a women’s funny perspective of men. It is a monologue that can be commanded with great facial expressions, sarcasm, wit, and grace. Audiences are easily entranced by one of the most classic, funny monologues in film-history.

On season 4, episode 10 of this comedy TV show Charlie Day’s character engages in a hilariously-frustrated rant about his conspiracy theories. He works in the mail room of an office building and keeps receiving mail for a person who does not exist. When he seeks out answers as to why he keeps getting this mail, he finds the person he needs in the HR department does not exist either.

This sends Charlie into a giant, neurotic meltdown which he directs at Mac. What makes the monologue all the better is Charlie Day’s hilarious voice, which changes pitch with each new frustration and revelation. This monologue is meant for a male part but could be used by any sex to showcase your comedy chops.

The funny monologues on this list are sure to inspire your funny bone and get the audience laughing up a storm. Whether you’re looking for the classics or something a little wilder, there is a hilarious monologue here to suit your style. Give one or all of these a try and let us know: which funny monologues are your favorite?